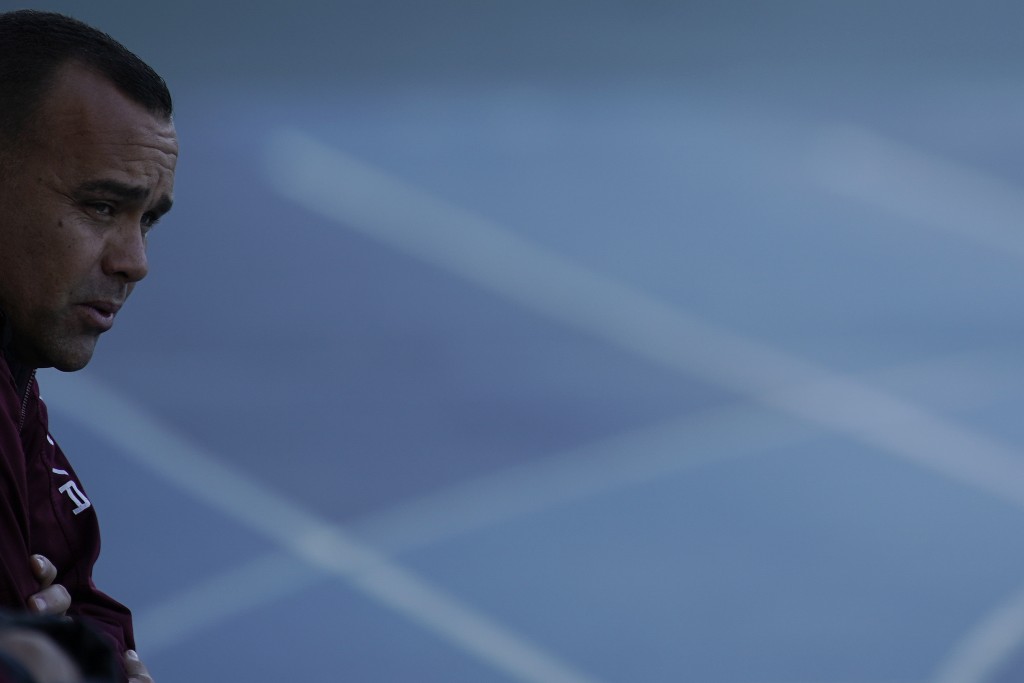 RIO DE JANEIRO (AP) — Venezuela coach Rafael Dudamel almost left his job for political reasons after his team beat Argentina 3-1 in March in a friendly game in Madrid. One day before he faces Lionel Messi again — this time in the quarterfinals of the Copa América — Dudamel was more relaxed Thursday about his own future despite his concerns about the troubles at home.

Three months ago Dudamel threatened to resign after a representative of Venezuelan opposition leader Juan Guaidó published pictures showing Dudamel and players with the representative after the match in Spain. The images were politically used as a sign of support of the players for the movement against Venezuelan President Nicolas Maduro.

Dudamel was persuaded to stay on by Venezuelan soccer federation executives. One of them is Pedro Infante, who is also Maduro's sports minister. To end the crisis, the coach said later he also met with representatives of the incumbent president in Spain, claiming he works for "the national team of all of Venezuela."

When the team known as Vinotinto secured its spot in Copa América's knockout stage, both Maduro and Guaidó — who is recognized by the U.S. and several dozen other nations as Venezuela's interim president — congratulated the coach and the players for their achievement. Neither tried to use the country's national team for their own gain, as happened in the past.

Asked on Thursday if he faces any political risks in the match against Argentina at the Maracanã Stadium on Friday, Dudamel said the situation was different from the time of the friendly game in Madrid.

"Those that make politics have understood that the national team is a separate space to build the country, to unite our people," he said. "From that moment onward, all has been better. Each character in his own space."

Venezuela players have avoided talking politics during Copa América. Sitting next to Dudamel, midfielder Jeferson Soteldo chose not to reply to any questions about politics. But several have already used social media to criticize Maduro, including the team's main star, striker Salomón Rondón.

Dudamel is instead focusing on upsetting Argentina and Messi. He thinks a victory at the Maracanã could produce "the most important result of Venezuela's soccer history" and bring some happiness to a nation in economic and political turmoil.

"We suffered for a long time. We know what this could bring to all of our people," the coach said. "We are in a good moment to do it, no matter who is the adversary. We feel secure and we are aiming high."

And Venezuela has reasons to believe it can beat Argentina, the same team that three years ago thrashed the Vinotinto 4-1 at the Copa America Centenario in the quarterfinals of the tournament. In the last six matches between the two, there were two wins for each and two draws.

"The realities of each national team are different," Dudamel said. "Our moment is much better than in World Cup qualifiers or in that friendly in Madrid."