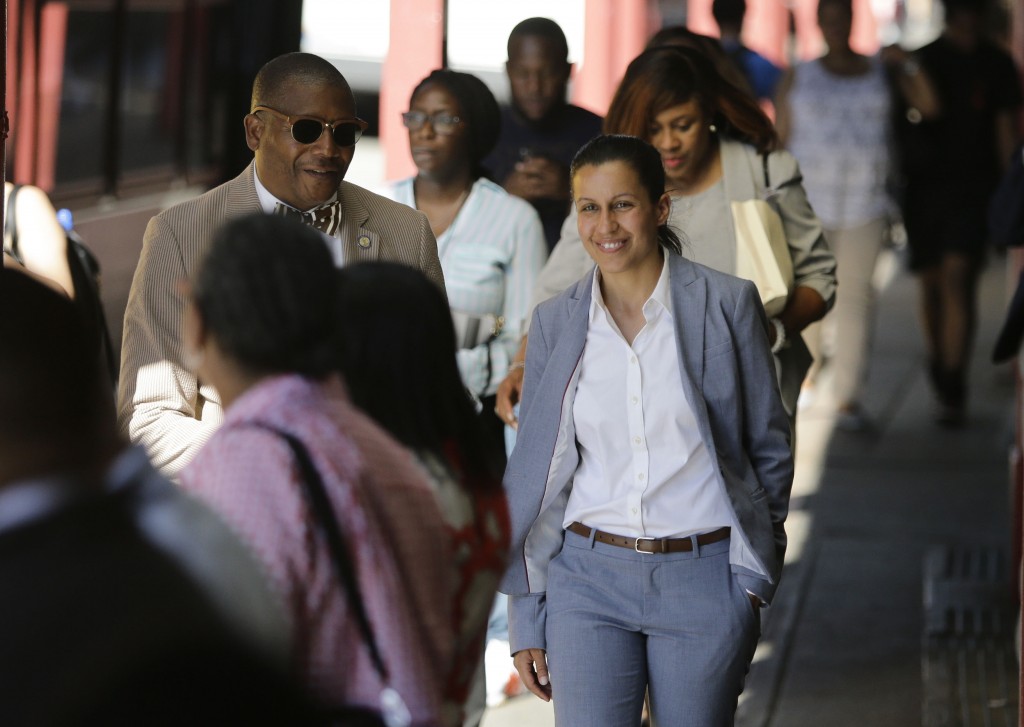 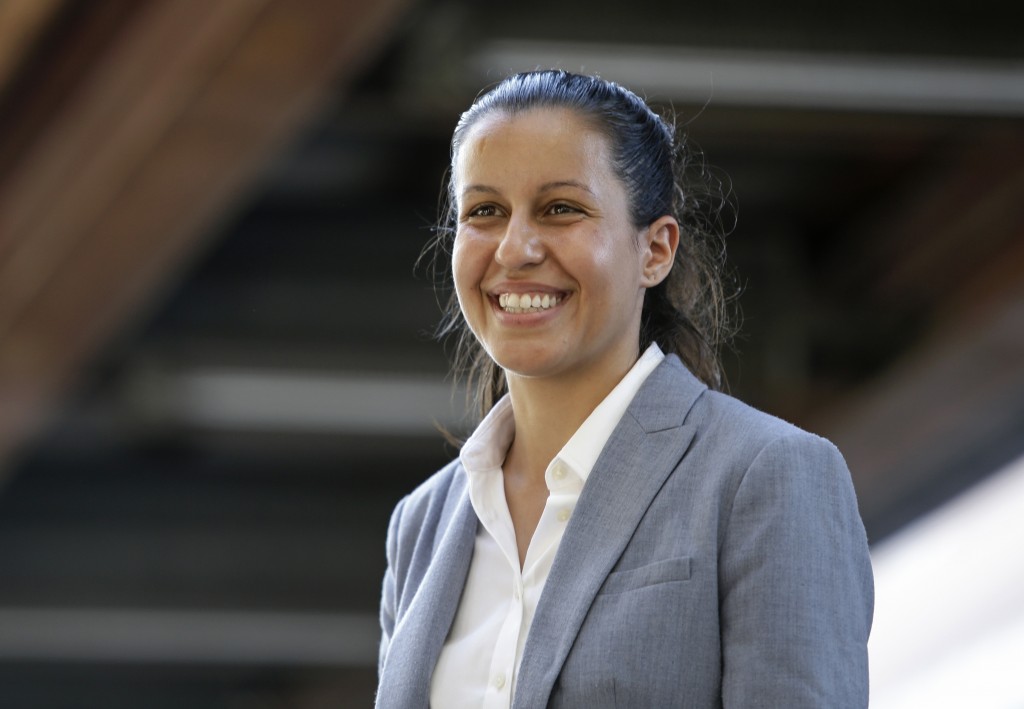 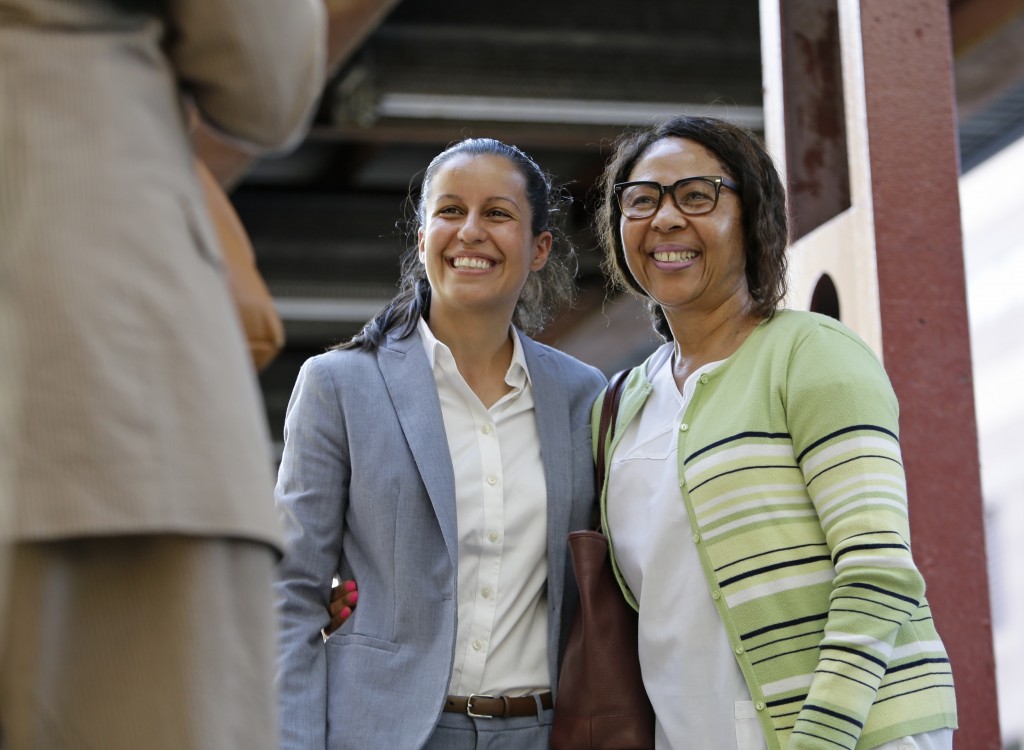 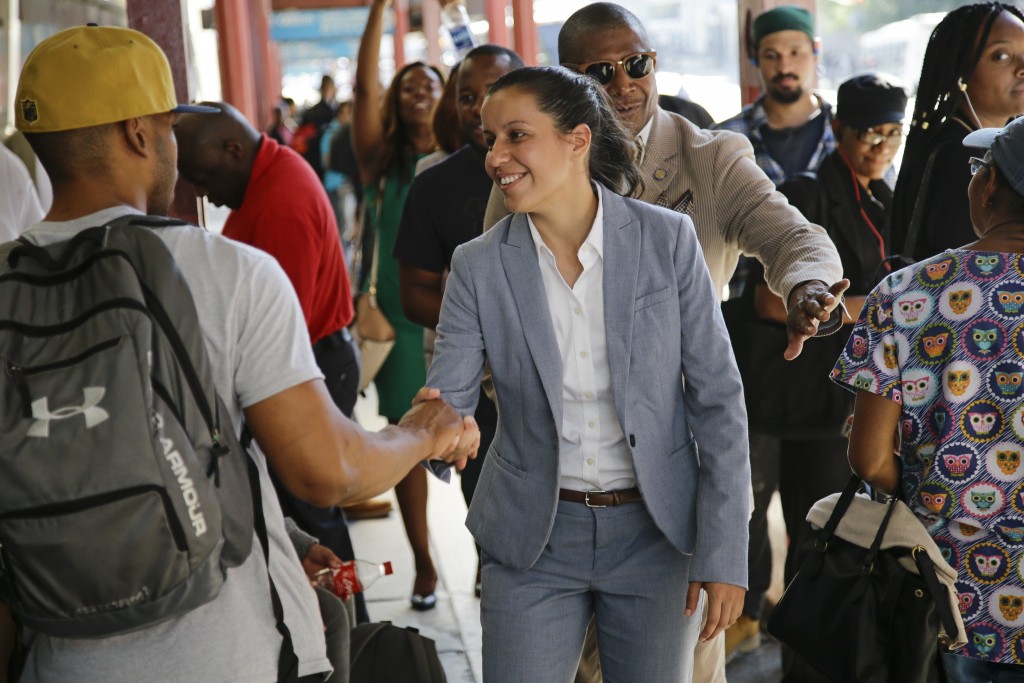 NEW YORK (AP) — If Tiffany Cabán becomes the next district attorney of Queens, the Democrat will owe her victory to the same group of electrified voters in the neighborhoods that sent Alexandria Ocasio-Cortez to Congress last year and banded together to oppose taxpayer subsidies for a new Amazon headquarters in the New York City borough.

Voting data compiled by The Associated Press shows that Cabán, who wants to use the power of the prosecutor's office to end mass incarceration, drew the bulk of her support in Tuesday's Democratic primary from just a few New York City neighborhoods known as magnets for newcomers to the city, including striving young professionals and recent college graduates.

In a borough of 2.4 million people, only around 34,000 voters punched a ballot for the 31-year-old public defender, who campaigned on a promise to radically transform the district attorney's office by no longer prosecuting sex work, recreational drug use and many low-level crimes like subway fare evasion.

That was enough to give her a lead of around 1,100 votes over the candidate backed by the city's Democratic political establishment, Queens Borough President Melinda Katz.

Cabán's supporters came out in droves in neighborhoods like Astoria, where she took 75 percent of the vote in a six-way race, and Long Island City, the neighborhood where Amazon cut a deal to build a huge new headquarters last year, only to withdraw amid fierce opposition from liberals opposed to corporate subsidies.

It will still be several days before absentee ballots are counted and the results of the race are finalized, but Cabán's energized supporters are confident she'll prevail, and that they will be able to ultimately export their progressive wave elsewhere.

"If we can get a progressive public defender to win an election in Queens, then a lot of people are saying everything is possible. Everything is on the table," said Susan Kang, a Queens resident active in the Democratic Socialists of America. "It really demonstrates the power of movements and the power of grassroots organizing."

The big question remains whether the victories are a phenomenon in Queens, linked to a few neighborhoods that are a cauldron of activism, or represent a bigger shift for the party nationwide.

"There's clearly a new wind blowing," Greer said. "Not every first-time candidate will be successful. But those who are not paying attention will ignore this victory at their peril."

"This is not a good omen for Joe Biden," said Mitchell Moss, a professor of urban policy at New York University.

Cabán has never held political office. In addition to her plans to reshape the district attorney's office, she's also threatened to prosecute federal immigration agents if they overstep their legal authority.

If she wins, she will join other insurgents who scored unexpected triumphs in Democratic primaries, including Philadelphia District Attorney Larry Krasner, who campaigned on a similar message that the criminal justice system puts too many people in jail for minor things.

While left-leaning Democrats have scored surprising victories against centrist in primaries in New York and a few other cities, it has yet to be seen whether that will translate to big-turnout races.

Asked about Cabán's victory in Queens this week, the governor noted that "voter turnout was very, very low."

"If you have elections where very few people turn out, then by definition the motivated minority wins," he said.

Columbia University political scientist Ester Fuchs cautioned that with a turnout of 11 percent among registered Queens Democrats, a Cabán primary victory would hardly be a mandate.

"The really exciting and interesting news from these contests is that primaries are becoming more competitive because there's another sector within the Democratic electorate which organizes and inspires people to turn out, she added.

Fuchs said that establishment Democrats "are all vulnerable because there is anger about the direction of politics in this country."

Katz has not conceded, holding out hope there is still a path to victory in several thousand absentee ballots that won't be counted until next week.

"With thousands of ballots left to count, every voter deserves to be heard," she said in an emailed statement.

The eventual primary winner will be strongly favored to win the November general election to succeed longtime District Attorney Richard Brown, who died last month at age 86. Republican candidate Daniel Kogan told the New York Post he did not expect to mount a vigorous campaign.