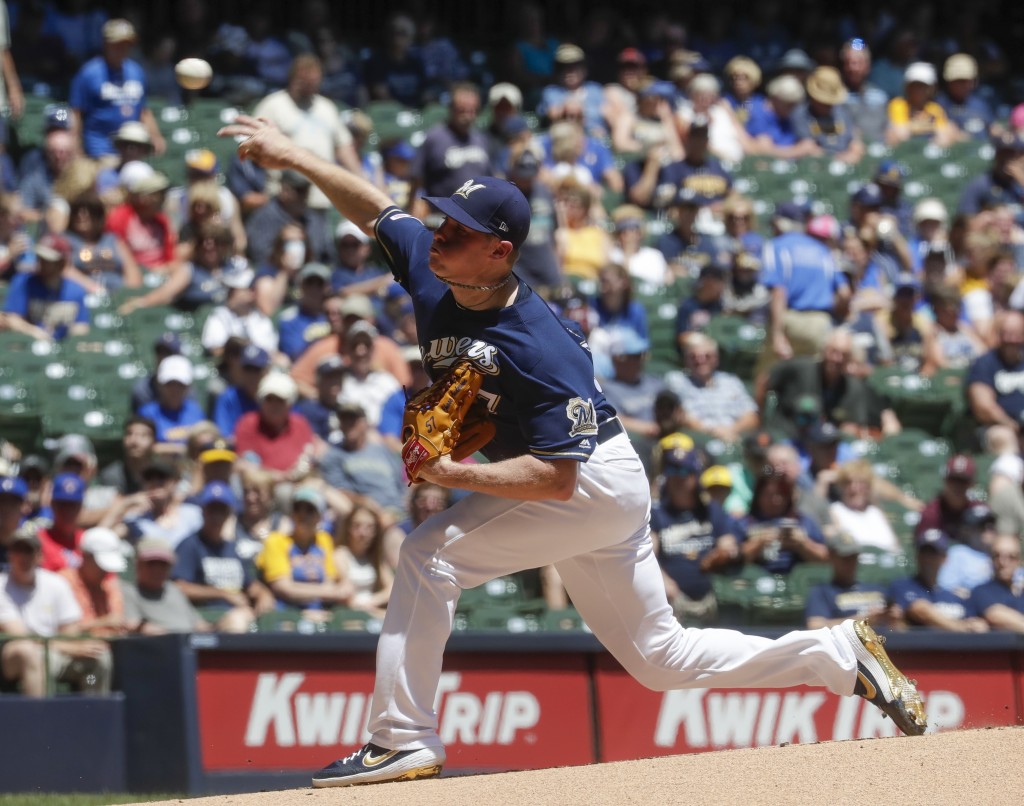 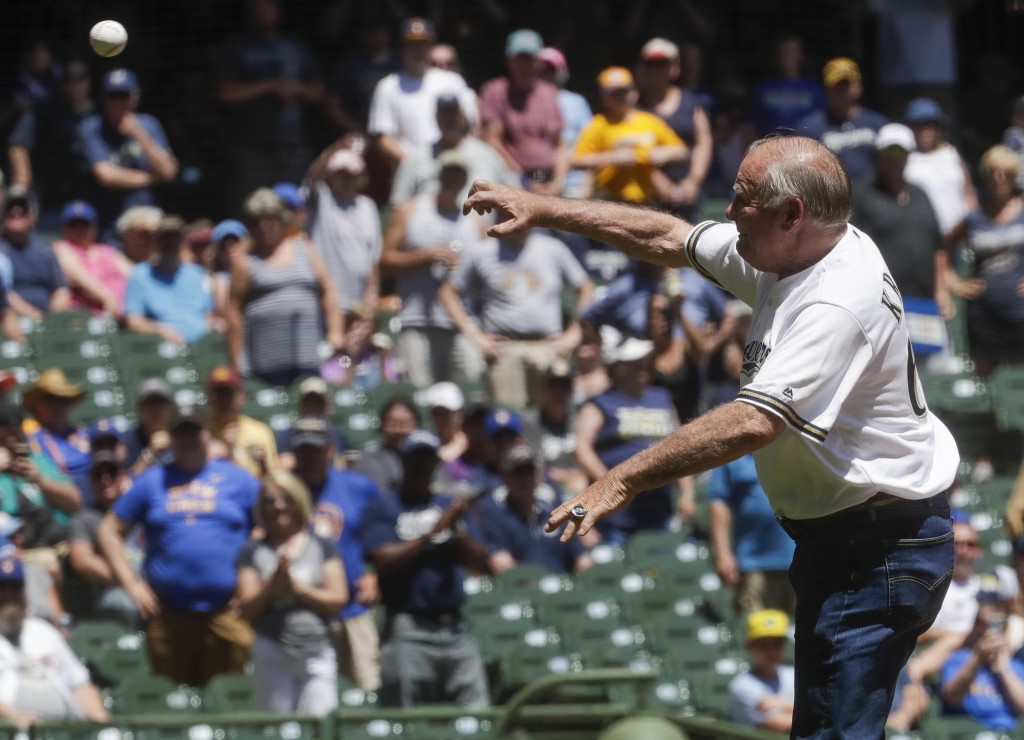 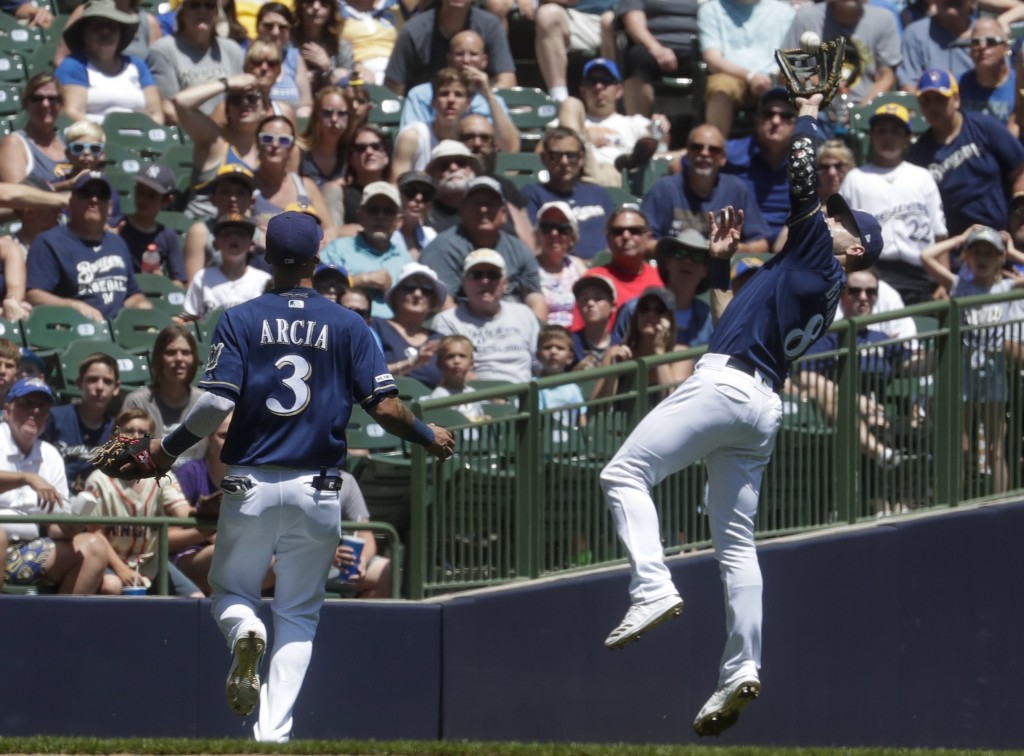 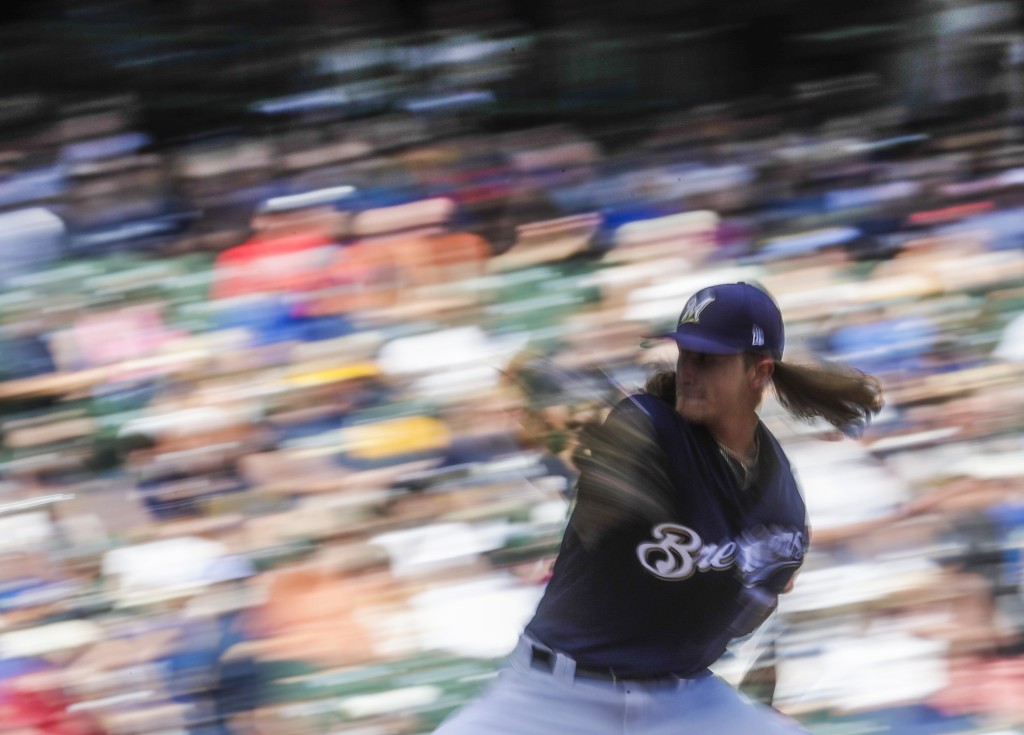 MILWAUKEE (AP) — Orlando Arcia hit a three-run homer and the Milwaukee Brewers avoided a three-game sweep with a 4-2 win over the Seattle Mariners on Thursday.

Chase Anderson (4-2) bounced back after he allowed six runs in his previous start. Anderson allowed two runs, one earned, and struck out six in 5 1/3 innings.

He also kicked off a four-run fourth inning with an RBI sac bunt with the bases loaded. Arcia followed and slammed Mike Leake's next pitch to right for a three-run homer before Leake retired Yasmani Grandal to end the inning.

Leake (7-7) allowed four runs, eight hits and a walk while striking out five over six innings.

Matt Albers and Junior Guerra got Milwaukee through the seventh without further damage and Josh Hader earned his 19th save of the season, striking out three batters over two scoreless innings.

Mariners: 3B Kyle Seager got the day off again Thursday, still feeling sore after injuring his right hand during an at-bat in the series opener.

"For me, there's no reason to rush him back for a day game after a night game." Mariners manager Scott Servais said. "We'll give him another day today. We'll see how he is over in Houston. He felt it in the swing. I don't feel it will be a big issue."

Brewers: OF Lorenzo Cain was back in Milwaukee's lineup Thursday, two days after receiving a cryogenic treatment on his ailing right thumb, but batted sixth instead of his usual leadoff spot — where Yasmani Grandal has been performing well of late.

Manager Craig Counsell said he plans to move Cain back into that spot but wants to make sure he's playing at full strength.

"I don't think how we line up is going to determine our fate," Counsell said. "It's playing well."

Brewers: It's back to the NL Central for the Brewers, who send RHP Jhoulys Chacin (3-8, 5.88 ERA) against RHP Chris Archer (3-6, 5.56) and the Pittsburgh Pirates in the opener of a three-game series at home.