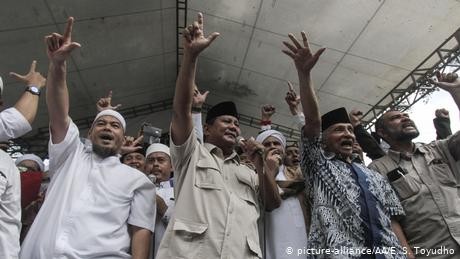 Indonesia's Constitutional Court in Jakarta on Thursday rejected a challenge to President Joko Widodo's election victory, leading the way to his second term as president.

Former General Prabowo Subianto had claimed he lost the vote in April because of biased civil servants, vote buying and voter fraud, which included millions of "fake" voters. The accusations sparked deadly rioting in the capital after polling results showing a Widodo victory were announced in May.

"Thank you to the Constitutional Court, which has settled the election dispute openly and transparently," Widodo said in a televised address. "I'm calling on all Indonesians to come together to develop our nation."

Subianto's lawyers were trying to overturn the official results declaring Widodo the winner with 55.5% of votes, against Subianto's 44.5%, in what some had called the "world's most complicated election" with 193 million eligible voters.

The failure of Subianto's legal challenge did not come as a surprise, as the documents filed with the court reportedly showed that the supporting evidence consisted of printouts of news articles and allegations from an anonymous Twitter account.

Subianto said after the ruling that he would respect the decision, which city officials hoped would reduce the risk of demonstrations by his supporters.

"The ruling is very disappointing for us and our supporters," said Subianto. "We have committed to obey the constitution and we respect the Constitutional Court's decision."

A few thousand people had gathered outside the court in central Jakarta on Thursday afternoon ahead of the verdict, but police barricades kept them from getting close to the court building.

A Subianto supporter told the AFP news agency that he "would not accept" Widodo as his president. "I think he was elected through a fraudulent system."

More than 45,000 police and army personnel were deployed on Thursday to boost security and avoid a repeat of deadly riots last month. There were no reports of any incidents involving police or demonstrators after the court announced its decision.

Last month, what began peaceful protests by Subianto supporters against the official election results erupted into two nights of street battles between police and rioters. Nine people were killed and hundreds injured. Amnesty International has reportedly called for an investigation into allegations of human rights violations by police against the protesters.


Every evening, DW's editors send out a selection of the day's hard news and quality feature journalism. You can sign up to receive it directly here.