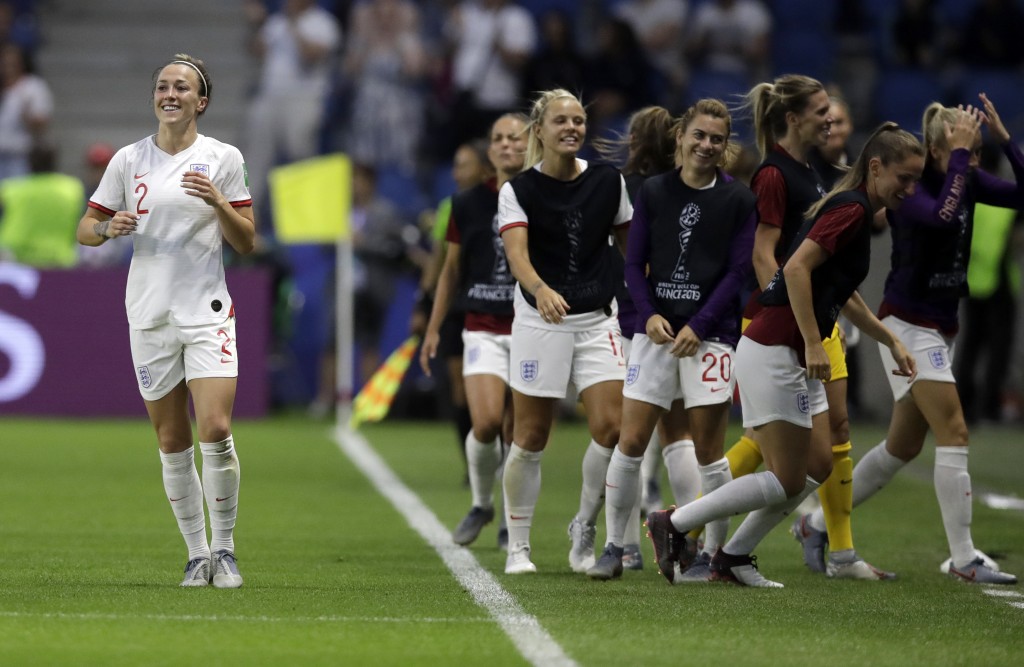 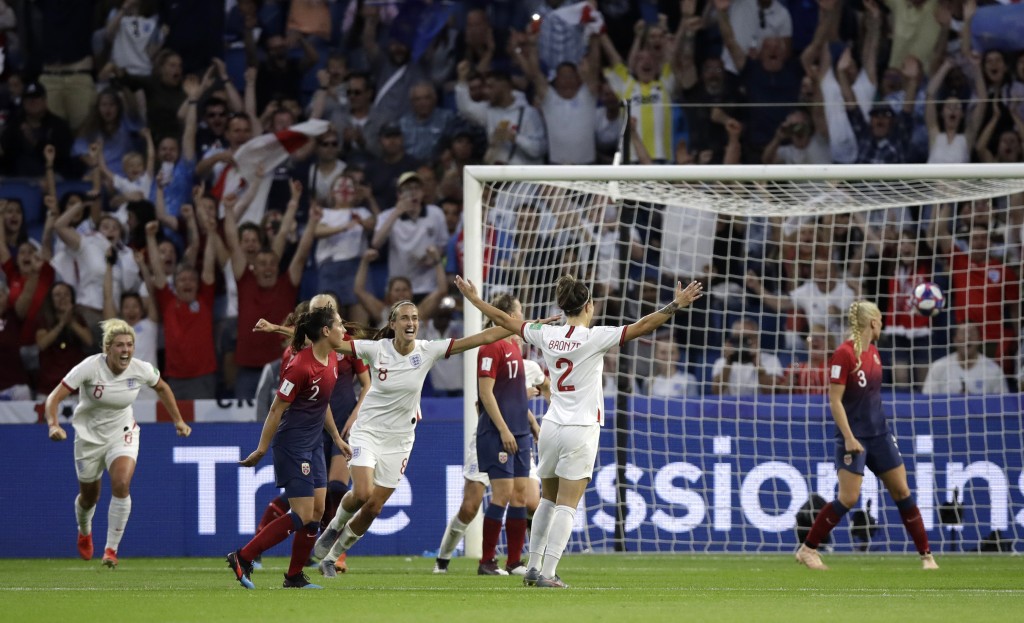 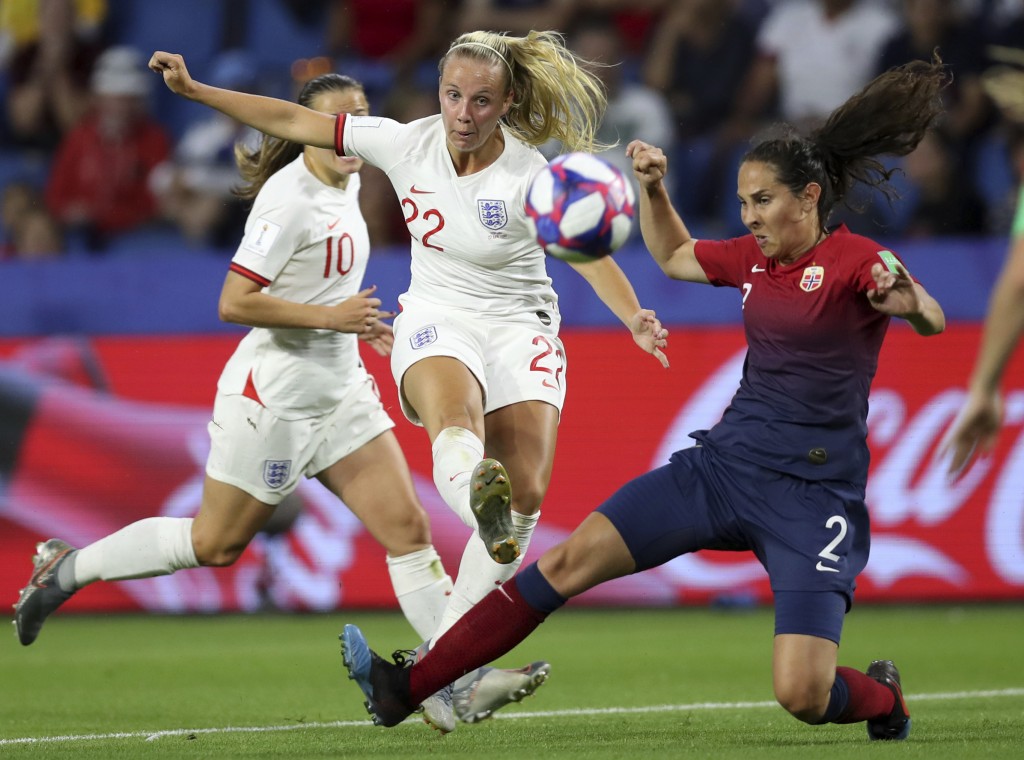 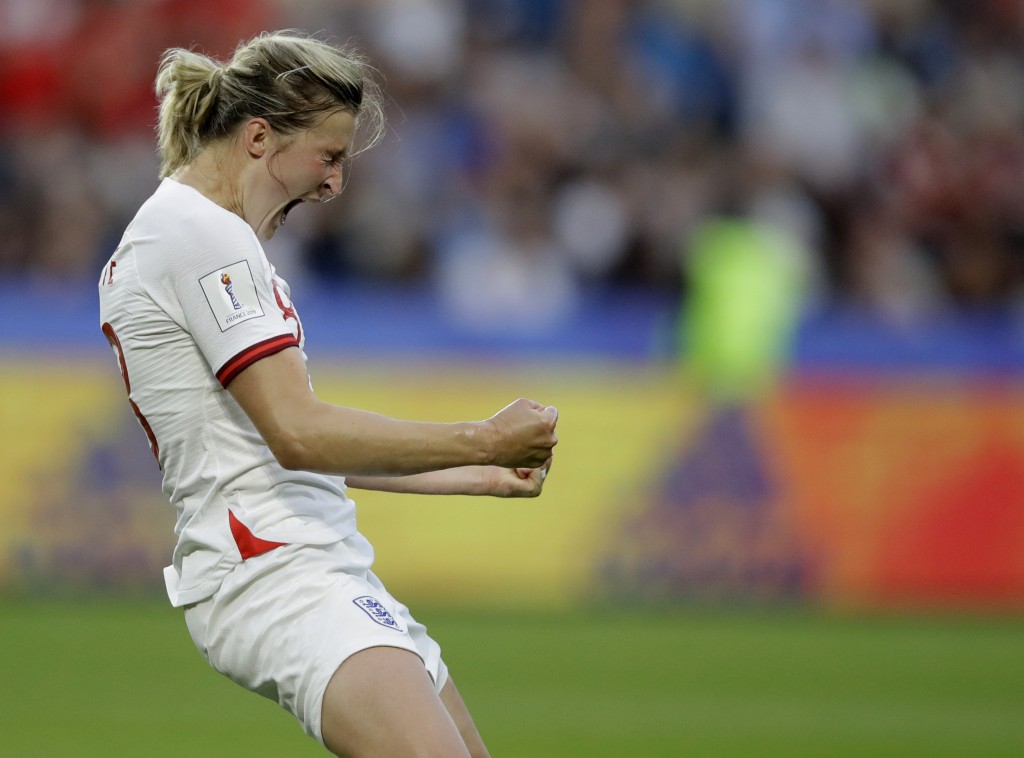 LE HAVRE, France (AP) — Lucy Bronze helped set up the first two goals before completing England's 3-0 victory over Norway with a powerful shot of her own Thursday night, sending the team into its second straight Women's World Cup semifinal.

After finishing third at the last tournament four years ago, England will now face either France or the United States on Tuesday in its quest for a first women's final.

It is likely to prove far tougher for the world's third-ranked team than dispatching a team still featuring players who aren't professionals.

England took less than three minutes to take the lead, with Bronze muscling her way down the right flank before cutting the ball back. Ellen White missed a shot but Jill Scott was primed to strike in off the post.

White did get her fifth goal of the tournament in the 40th minute. Played in by Bronze, Nikita Parris spotted White racing between the Norway center backs to receive the pass and sweep into the net.

It was a clever routine that led to the third in the 57th minute. With England preparing to take a free kick on the left flank, Norway was expecting it to be swung into the penalty area. But Beth Mead spotted Bronze arriving at the edge of the penalty area unmarked and the right back connected first-time and raised it high into the roof of the net with a fierce shot.

Nodding in approval from the stands was David Beckham, who high-fived Sue Campbell, the head of women's soccer in England.

While Beckham never made it past a quarterfinal as a player for the England men's team, the Lionesses are now in their third successive semifinal after also making the final four at the 2017 European Championship.