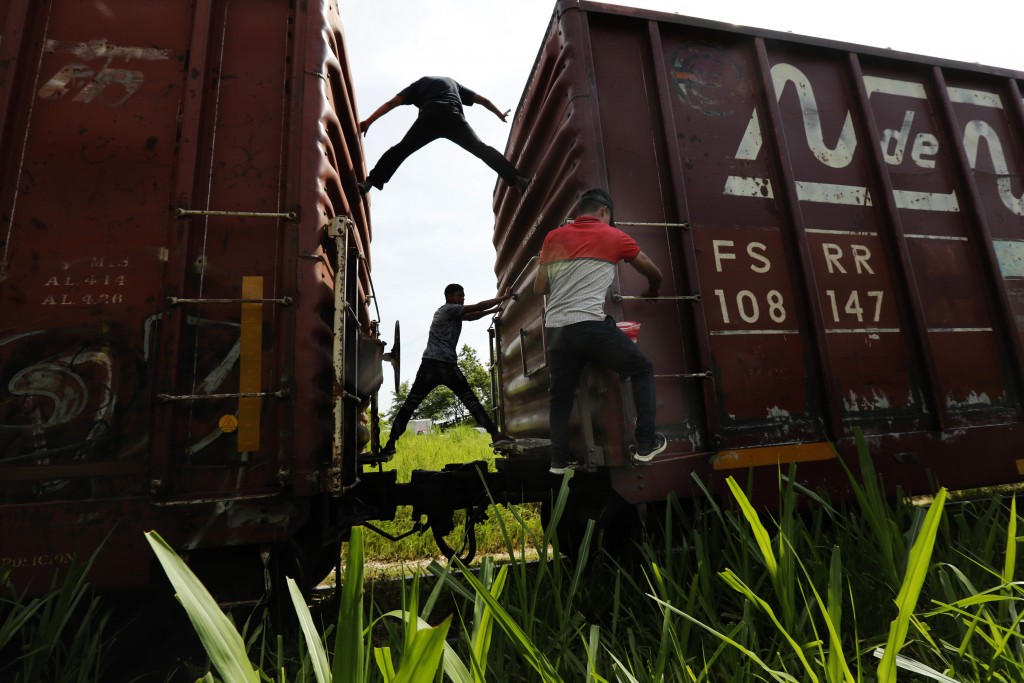 The operation in the pre-dawn hours of Thursday is one of the few confirmed raids on the train since Mexico began cracking down on migrants in recent months.

Soldiers climbed ladders up to the top of freight cars shouting, "This is the army, you're surrounded!" Migrants tried to flee on foot.

One soldier was seen wrestling a young, flailing man into a waiting immigration van. Agents filled three such vehicles with migrants, but hundreds more were apparently able to flee into the surrounding brush in Chiapas state.

The most recent such raid occurred May 1 in the state of Oaxaca.