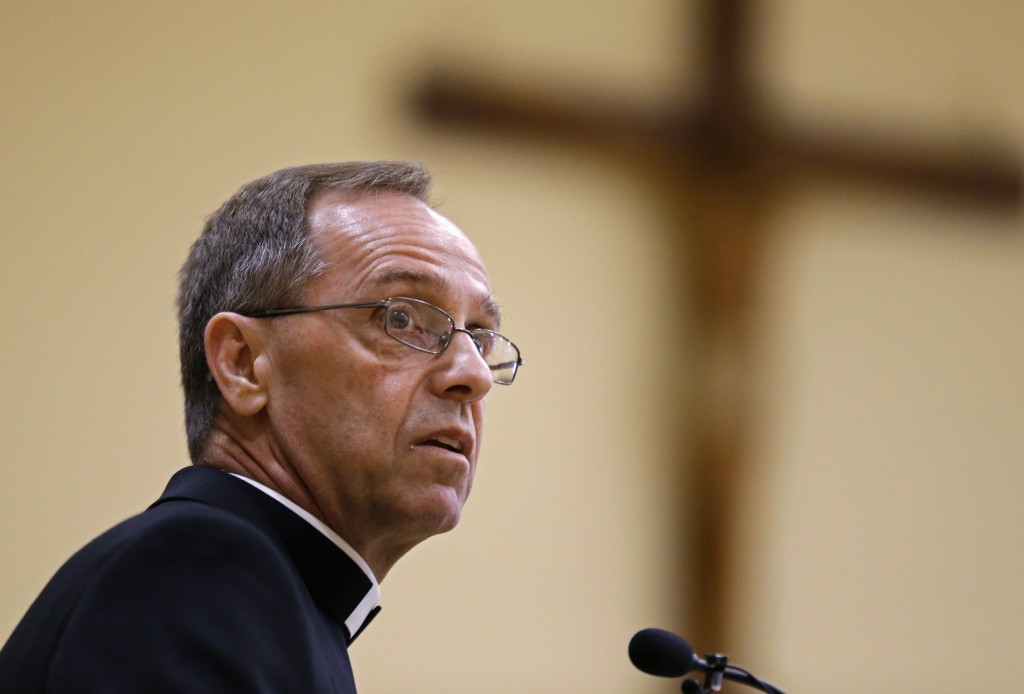 INDIANAPOLIS (AP) — The Indianapolis archbishop says his order that a Catholic high school fire a gay teacher was about upholding church teaching on same-sex marriage and not about sexual orientation.

Archbishop Charles Thompson said during a Thursday news conference that he didn't seek out information about the Cathedral High School teacher's marriage but had a responsibility to ensure Catholic school employees are following church doctrine.

Cathedral leaders announced Sunday that they were terminating the teacher's contract to avoid a split with the archdiocese. That decision came just days after Thompson issued a decree saying the archdiocese would no longer recognize Brebeuf Jesuit Preparatory School as Catholic because it insisted on keeping a teacher who's in a same-sex marriage.