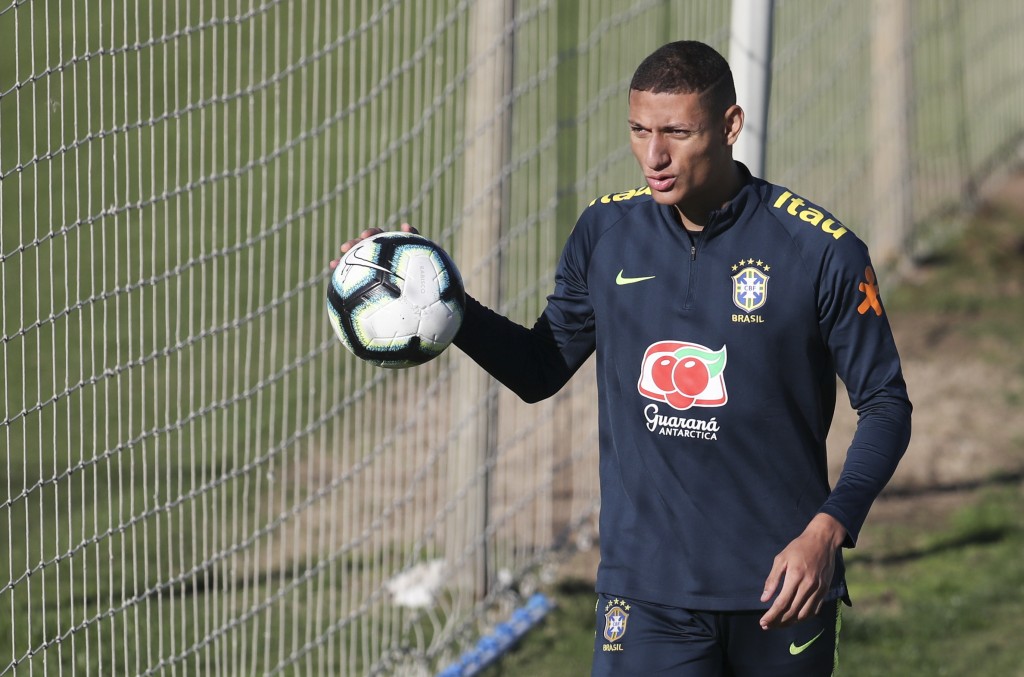 PORTO ALEGRE, Brazil (AP) — Richarlison has been ruled out of Brazil's Copa America quarterfinal match against Paraguay because of mumps.

The Brazilian soccer confederation says the rest of the squad will be vaccinated after Thursday's game at the Arena do Gremio in Porto Alegre.

The 22-year-old striker was in coach Tite's starting XI in the team's opener but lost his place to Everton in Brazil's 5-0 victory against Peru on Saturday.

Richarlison trained with the rest of the team on Wednesday and was diagnosed with mumps following tests earlier Thursday.

The winner of the match in Porto Alegre faces either Argentina or Venezuela in the semifinals.

Mumps is contagious and spreads through coughing and sneezing. Most people recover within weeks.