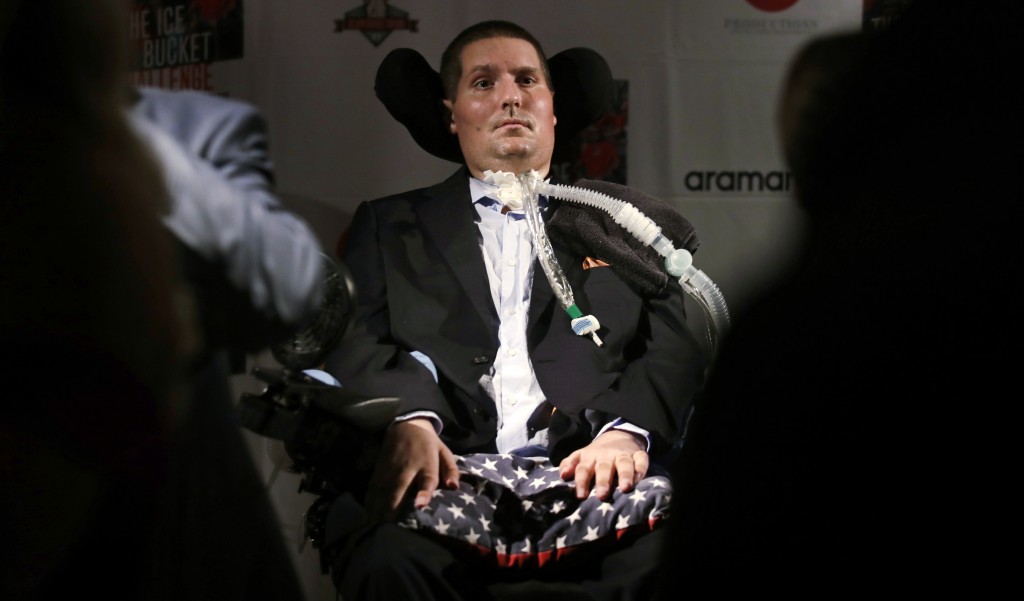 BOSTON (AP) — Boston College says its new indoor baseball and softball training facility will be named after the alumnus who helped popularize the ice bucket challenge.

The college unveiled plans Wednesday for the Pete Frates (FRAY'-tees) Center during a ceremony attended by Frates and his family.

The 34-year-old Frates is a former Boston College baseball captain who in 2012 was diagnosed with Lou Gehrig's disease.

He and his family helped the ice bucket challenge spread on social media in 2014. The challenge hundreds of millions of dollars for research into the degenerative disease that destroys nerve cells and has no cure.

It is expected to open next year.