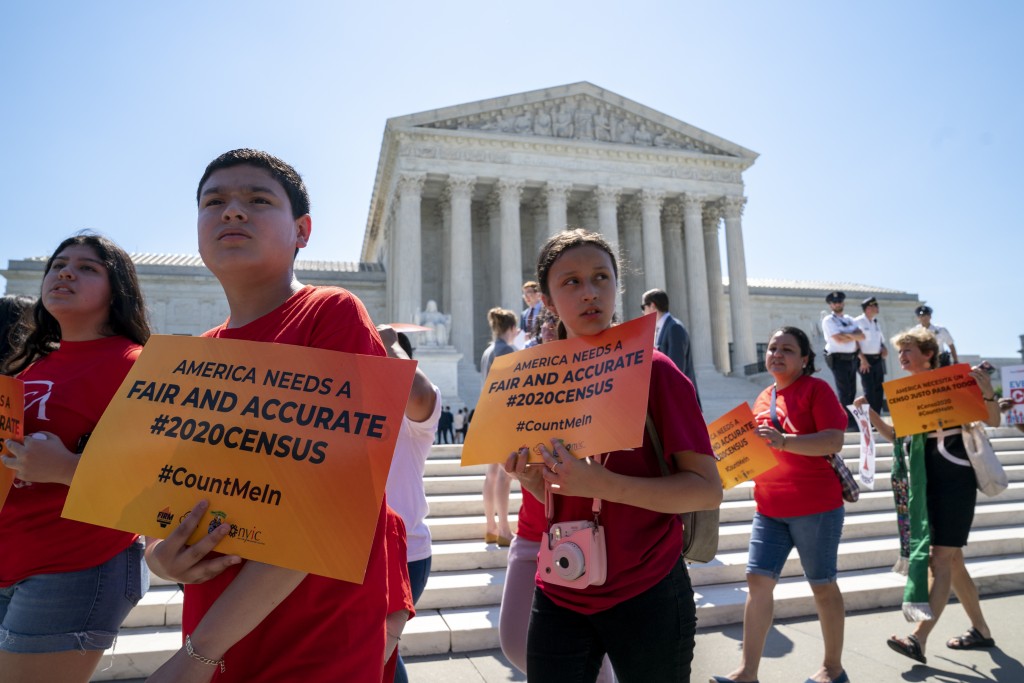 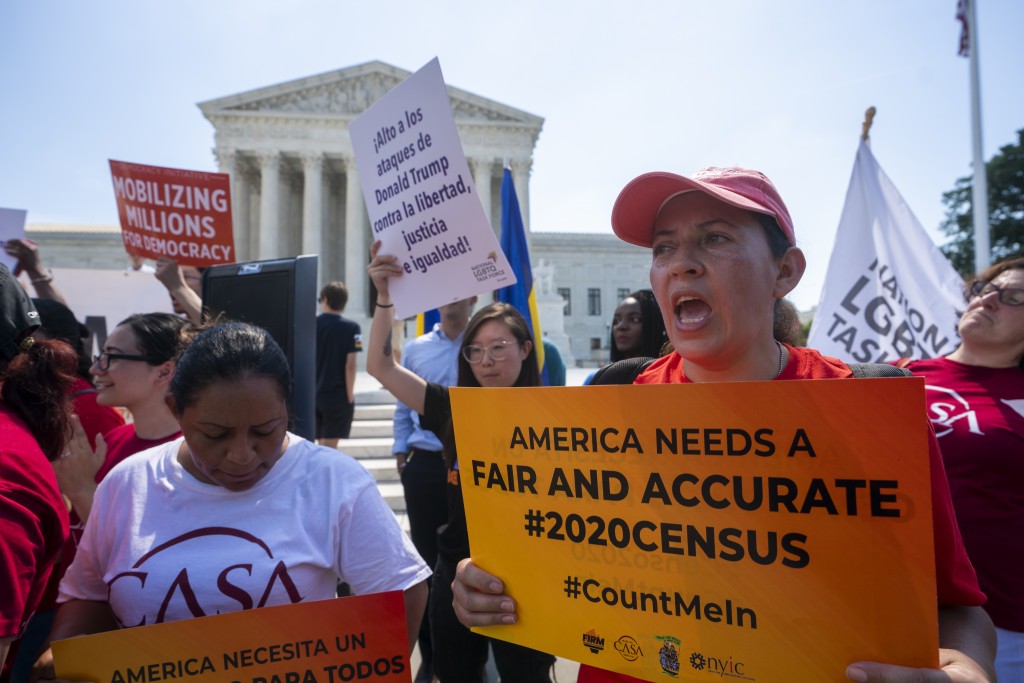 WASHINGTON (AP) — The Supreme Court on Thursday put a hold on the Trump administration's effort to add a citizenship question to the 2020 census, leaving it unclear whether the question will ultimately appear on the form that's supposed to start printing next week.

The Census Bureau's own experts predict that millions of Hispanics and immigrants would go uncounted if the census asked everyone if he or she is an American citizen. And immigrant advocacy organizations and Democratic-led states, cities and counties argue the citizenship question is intended to discourage the participation of minorities, primarily Hispanics, who tend to support Democrats, from filling out census forms.

They argued to the Supreme Court they would get less federal money and fewer seats in Congress if the census asks about citizenship because people with noncitizens in their households would be less likely to fill out their census forms.

Chief Justice John Roberts wrote the court's opinion in the census case, with the four liberal justices joining him in the relevant part of the outcome. Roberts said the Trump administration's explanation for wanting to add the question was "more of a distraction" than an explanation. And he said evidence showed that Commerce Secretary Wilbur Ross "was determined to reinstate a citizenship question from the time he entered office."

The court said Ross' explanation that the question was being added to aid in enforcement of the Voting Rights Act doesn't fit with the evidence. The Commerce Department oversees the Census Bureau. Roberts wrote there is "a significant mismatch between the decision the secretary made and the rationale he provided."

It's unclear whether the administration has time to provide a fuller account before the form must be printed.

Evidence uncovered since the Supreme Court heard arguments in the case in late April supports claims that the citizenship question is part of a broader Republican effort to accrue political power at the expense of minorities, the challengers say.

The Constitution requires a census count every 10 years. A question about citizenship had once been common, but it has not been widely asked since 1950.

At the moment, the question is part of a separate detailed annual sample of a small chunk of the population, the American Community Survey.

Ross decided in 2018 to add a citizenship question to the next census, over the advice of career officials at the Census Bureau. At the time, Ross said he was responding to a Justice Department request to ask about citizenship in order to improve enforcement of the federal Voting Rights Act.