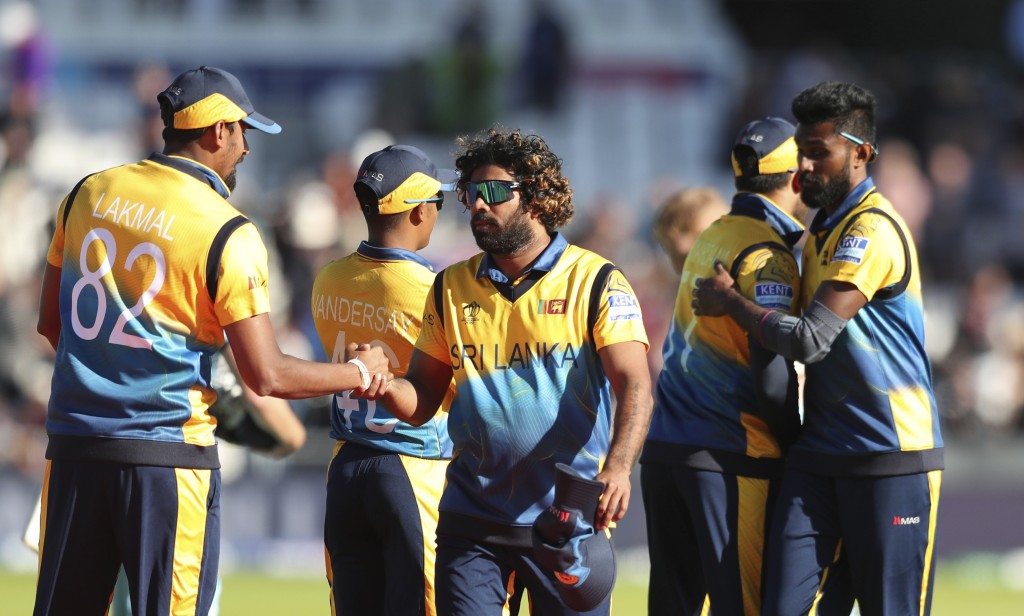 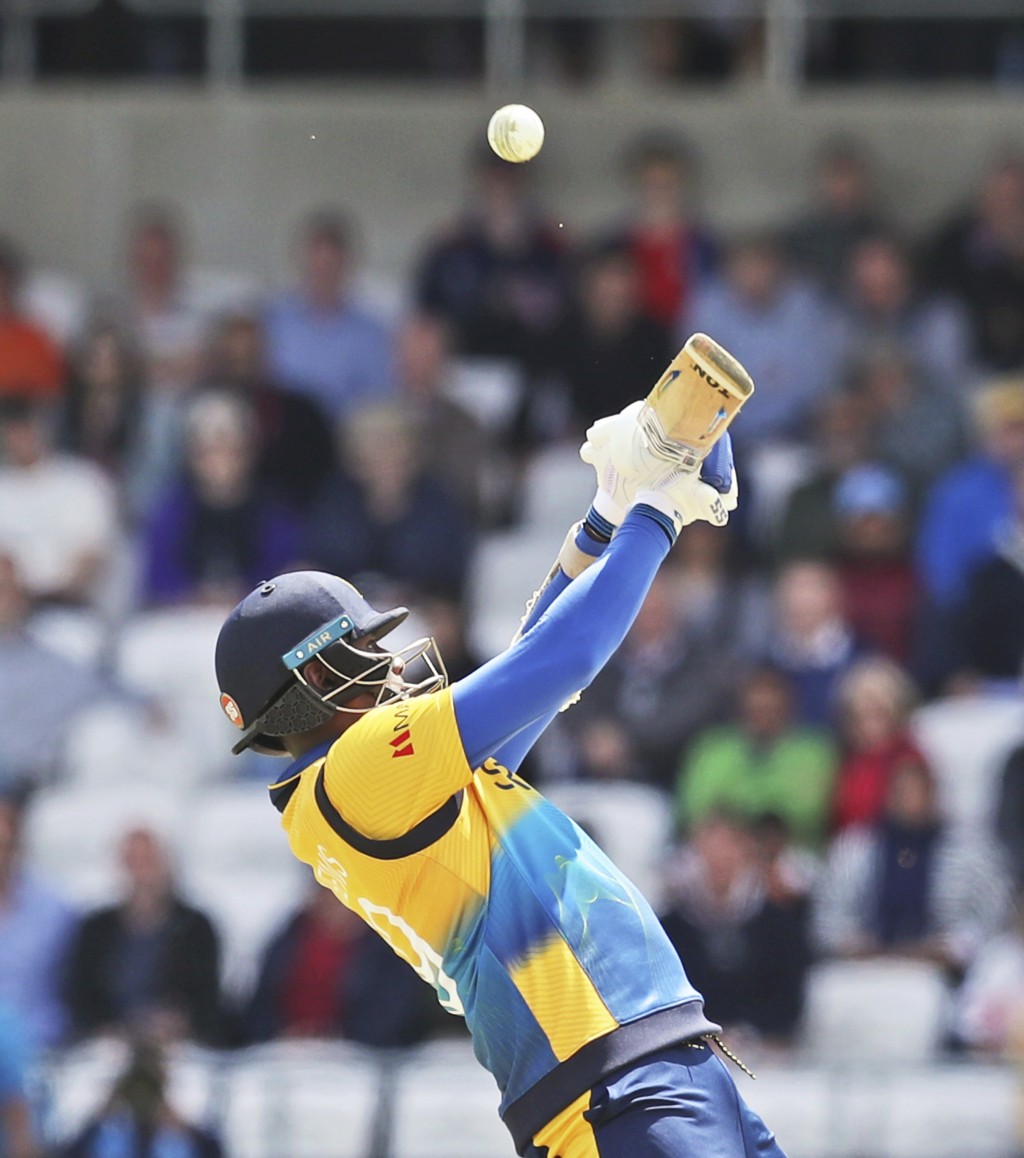 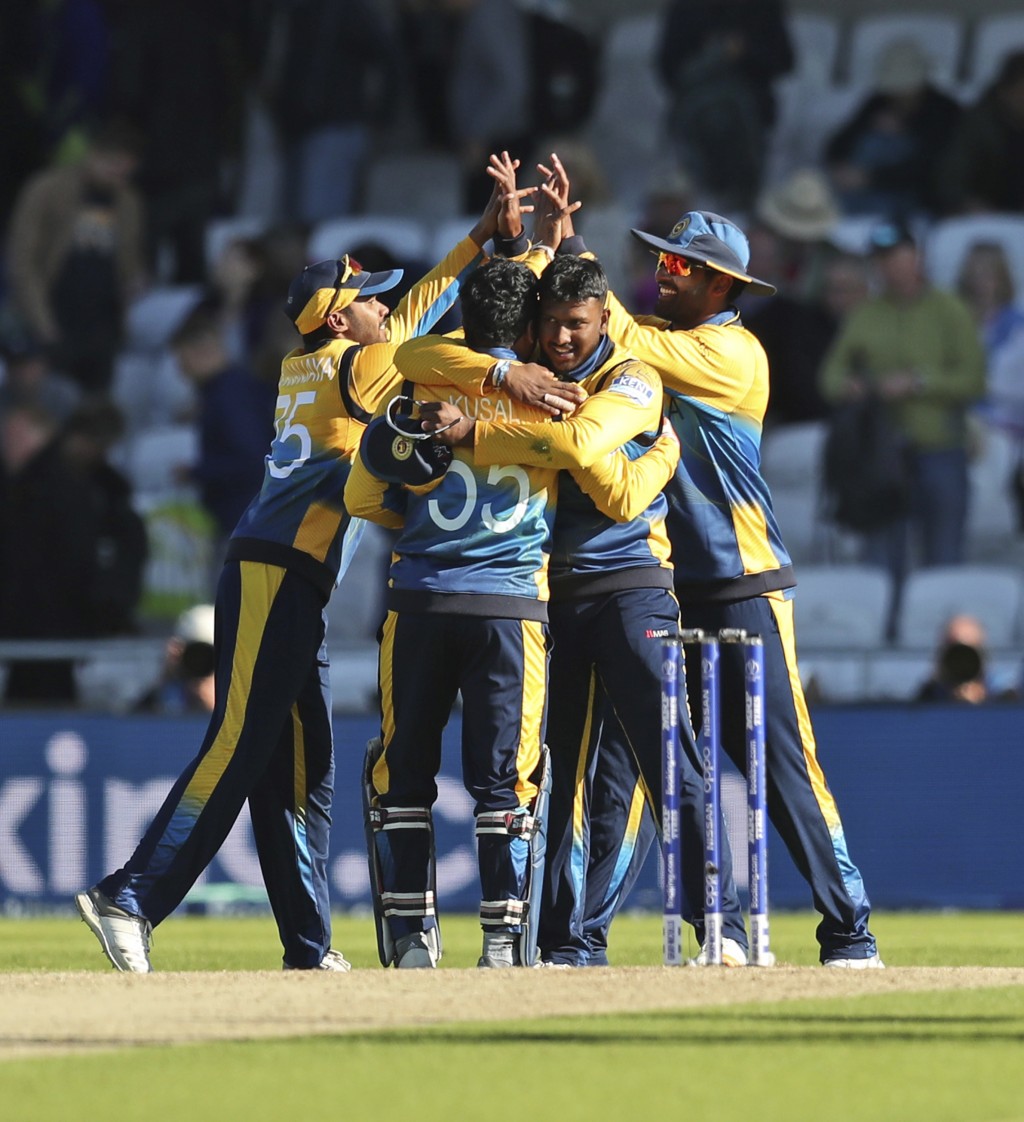 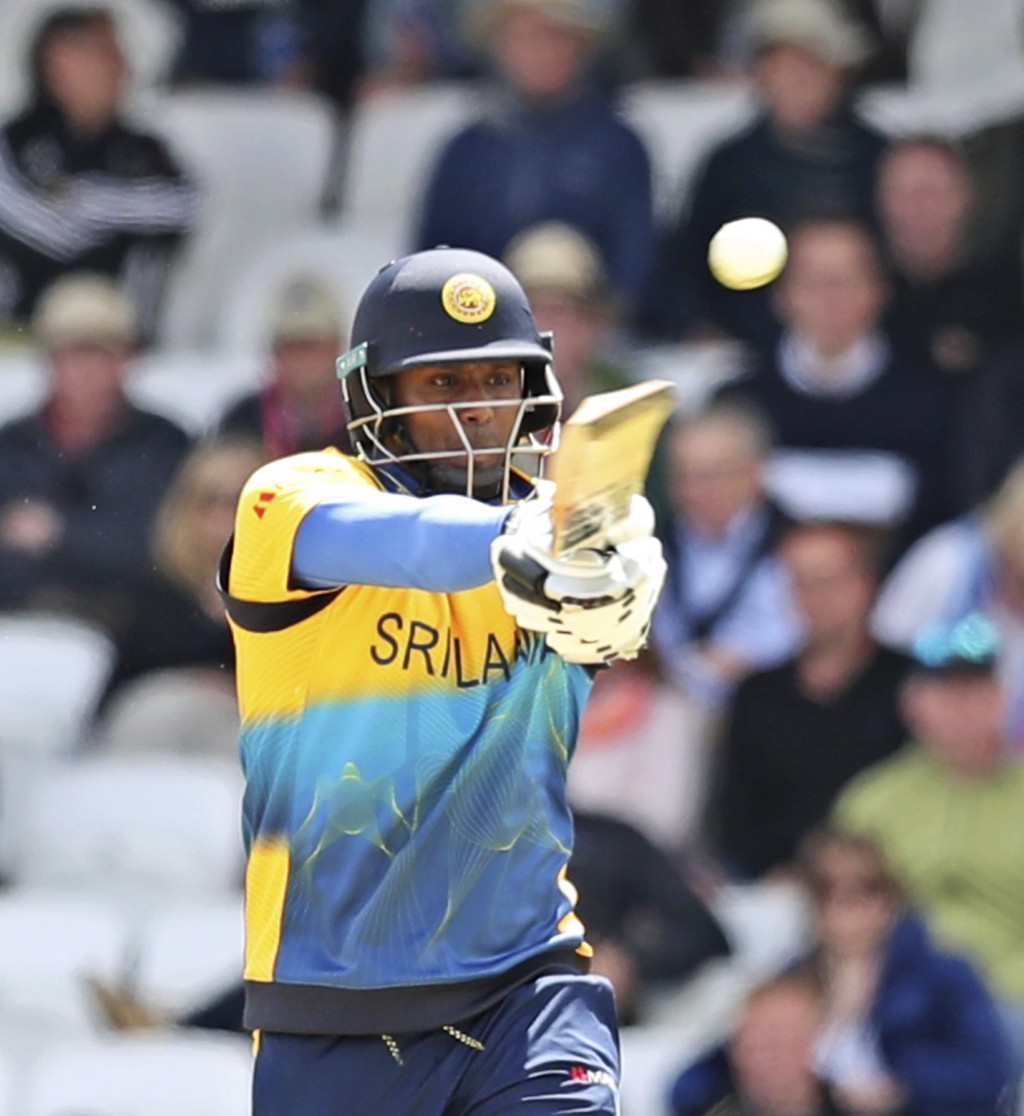 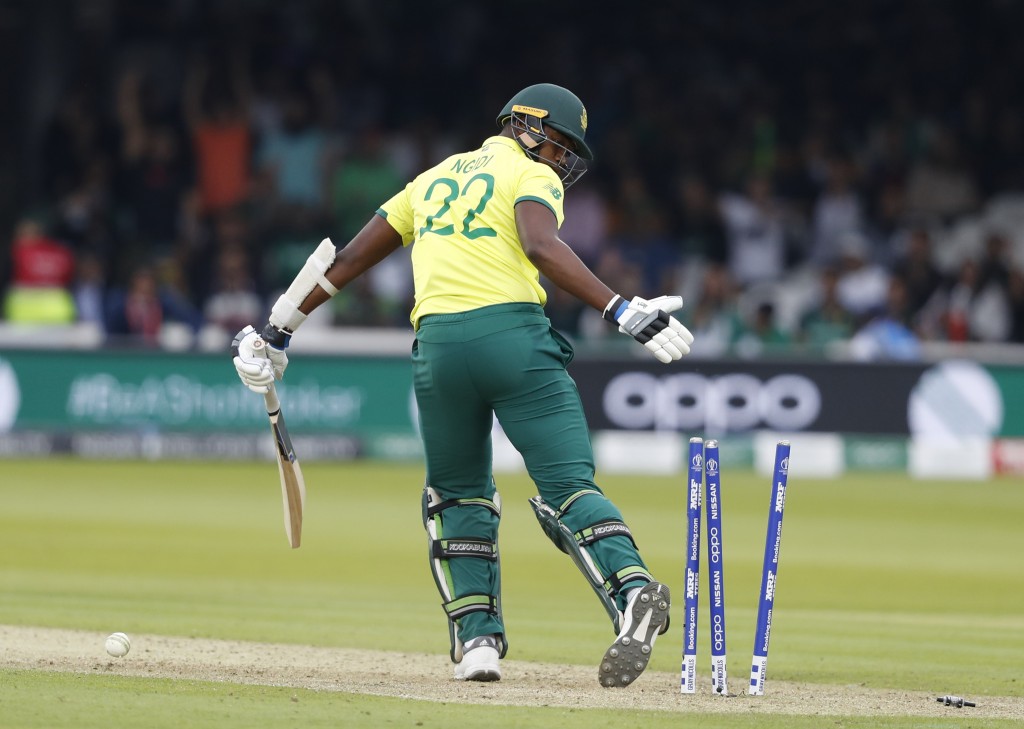 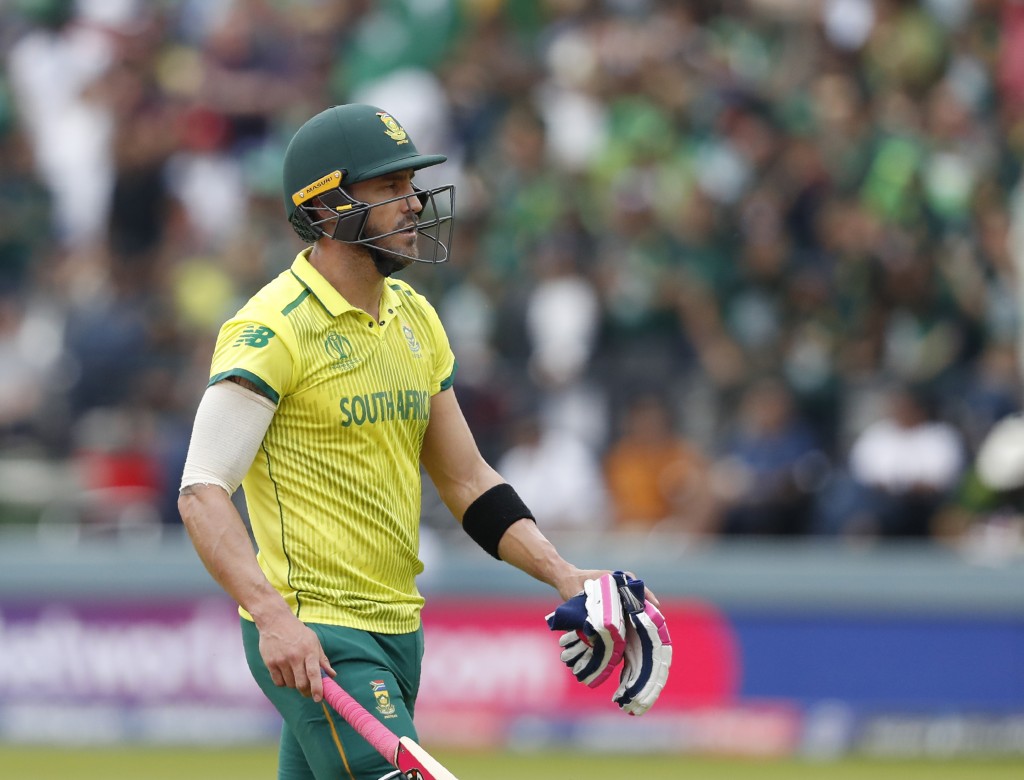 MANCHESTER, England (AP) — When Lasith Malinga and Angelo Mathews combined with ball and bat to spearhead Sri Lanka's upset win over England, it changed the dynamic of the World Cup.

Just when it appeared to be shaping up as a bit square — the top four teams progressing relatively untroubled to the semifinals — the tournament got a lot more interesting.

Suddenly, it was no foregone conclusion that the semifinals would comprise No. 1 England, No. 2 India and 2015 finalists Australia and New Zealand.

A day after Sri Lanka's 20-run win at Leeds, India only just avoided one of the biggest upsets in tournament history by holding off Afghanistan. New Zealand just fended off West Indies by five runs — one catch on the boundary the difference between winning and losing that game in Manchester — and then lost to Pakistan at Edgbaston. The Pakistanis were following up on a win over South Africa and, along with Bangladesh and Sri Lanka, were genuinely back in contention.

After 28 days, the only teams out of semifinals calculations were South Africa and Afghanistan.

Now the pressure is back on Sri Lanka to follow up with a victory at Durham on Friday, and prevent South Africa getting its second win of the tournament.

Things weren't looking so positive for Sri Lanka at Headingley last Friday, when Mathews held together the innings with an unbeaten 85 to help his team post 232-9. The old adage that a pitch can't be judged until both teams have batted couldn't have been proved more true than when Malinga led the demolition with four wickets as England was skittled for 212.

In the process, the 35-year-old Malinga became just the fourth bowler to take more than 50 wickets in the World Cup, lifting his tally to 51. Now he has reset his sights to overhaul Wasim Akram, who is No. 3 on the all-time list with 55.

Head coach Chandika Hathurusingha thinks the bowling department has been working OK as Sri Lanka won two games, picked up two points from washed-out games and lost two. Hathurusingha has been worried about the batting, and wants more runs and bigger partnerships out of his top order.

The Sri Lankans were swept 5-0 in South Africa in an ODI series earlier this year, but that's of no concern to them here.

"Obviously, we think that we have a good chance because we are coming off two wins — and a very good win against England," Hathurusingha said. "Although we didn't play our best cricket to win the game in terms of batting, I think we had a perfect bowling display, defending that target.

"You can lose so many games and win the one that is the most important — this next game."

The South Africans are one win, five losses and a washout in their seven games in a tournament that has been a struggle since Dale Steyn was ruled out, or perhaps since AB de Villiers was left out.

South Africa, regularly one of the world's best in the limited-overs formats, have underachieved at World Cups in the past, but never like this.

Veteran allrounder JP Duminy is retiring from ODIs after the tournament and is desperate to finish with another win, even though he's only played a bit role in England.

"It will be amiss of me not to mention how disappointed we are particularly letting all our fans down," Duminy told a news conference on the eve of Friday's game at Durham. "It's been pretty dismal from our part.

"We obviously want to apologize to the public and the South African fans for letting them down. You know when you represent your country ... that you represent 50, 60 million people. And when you put in performances like that, you in a way almost feel ashamed of that."

Duminy added, though, that "it's not all lost"

"I believe that we will come back stronger."