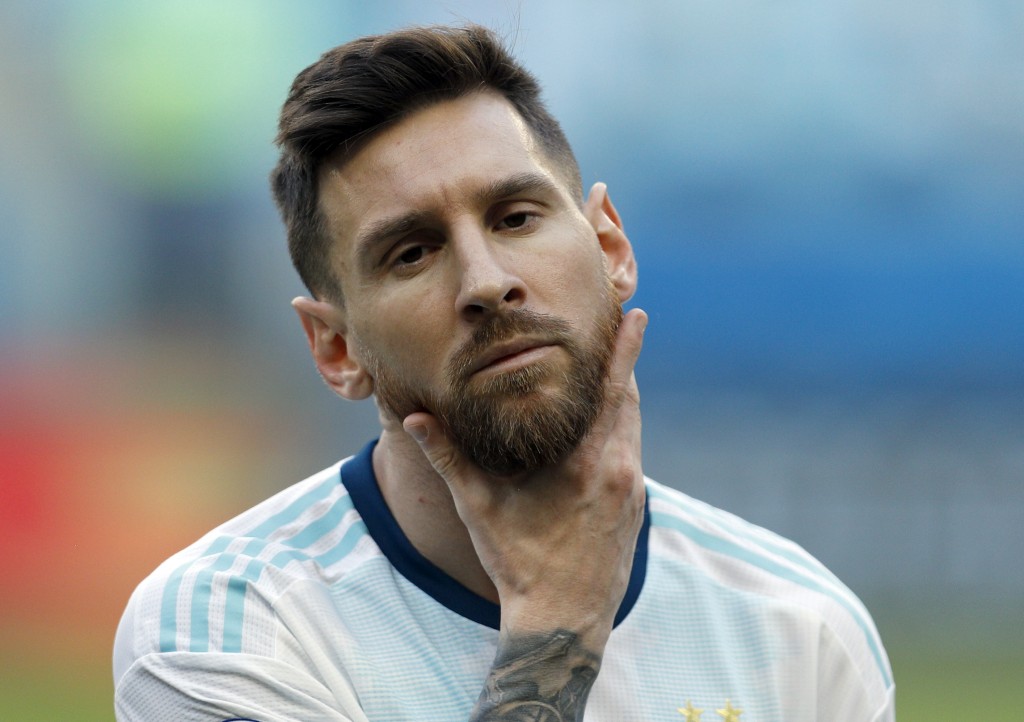 RIO DE JANEIRO (AP) — Five years after losing in the World Cup final at the Maracanã Stadium, Lionel Messi is getting ready to play at the iconic soccer venue again.

Argentina, more dependent on Messi than ever, will face Venezuela in the Copa América quarterfinals on Friday.

"We don't have the best memories of that World Cup final," said Sergio Agüero, Messi's teammate in that 1-0 loss to Germany in 2014. "But we are very calm and now all we can think about is winning."

Argentina has not won a major title since 1993, about six years after Messi was born. The last World Cup title came in 1986.

In a recent interview with Argentine channel TyC, Messi expressed his frustration at losing that 2014 World Cup final at the Maracanã.

"Only God knows whether we will see it once again or not," the Barcelona forward said.

Messi is one of three players from Argentina's 2014 World Cup team in the Copa América squad, but the only one who started against the Germans.

At the Copa América, Messi has scored only one goal so far. But there could be more to come, especially if Argentina reaches the final on July 7 — which will also be played at the Maracanã.

Argentina has not used the same starting lineup under coach Lionel Scaloni since it was eliminated of the World Cup in Russia. More changes are expected for Friday.

In the 15 minutes that reporters were allowed to watch Wednesday's training, Scaloni tried Juan Foyth at right back in place of Renzo Saravia. German Pezzella took over from Foyth in central defense, while midfielder Marcos Acuña was preferred to Giovani Lo Celso.

Besides Argentina's troubles, Venezuela has also improved. In the last six matches between the two, there were two wins for each and two draws.

Venezuela beat Argentina 3-1 the last time the teams met, a match that marked Messi's return to the national team for the first time since the World Cup in Russia.

"For me, he is the best in history," Venezuela coach Rafael Dudamel said. "Winning or not winning titles with Argentina, that will not take him out of first place on the podium."

Venezuela has conceded only one goal in the tournament so far, and Dudamel knows his team will need to treat Messi like any other opponent on Friday.

"Everyone admires him. It is so much excessive admiration that some are paralyzed, both teammates and coaches," Dudamel said. "As our rivals, we understand this is the time to compete and admire him only when he plays for his club."