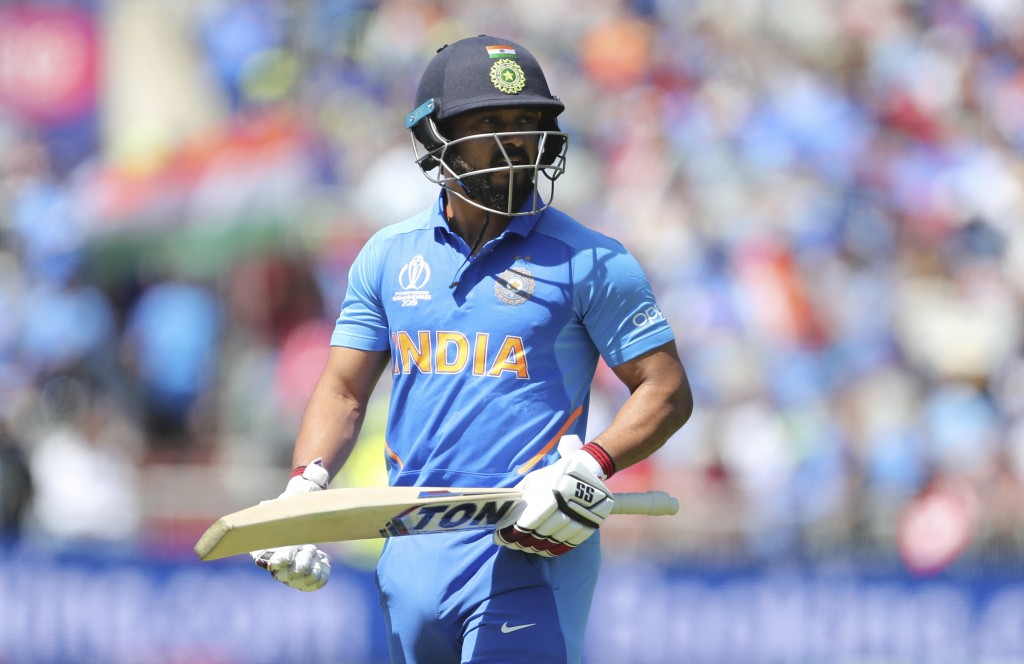 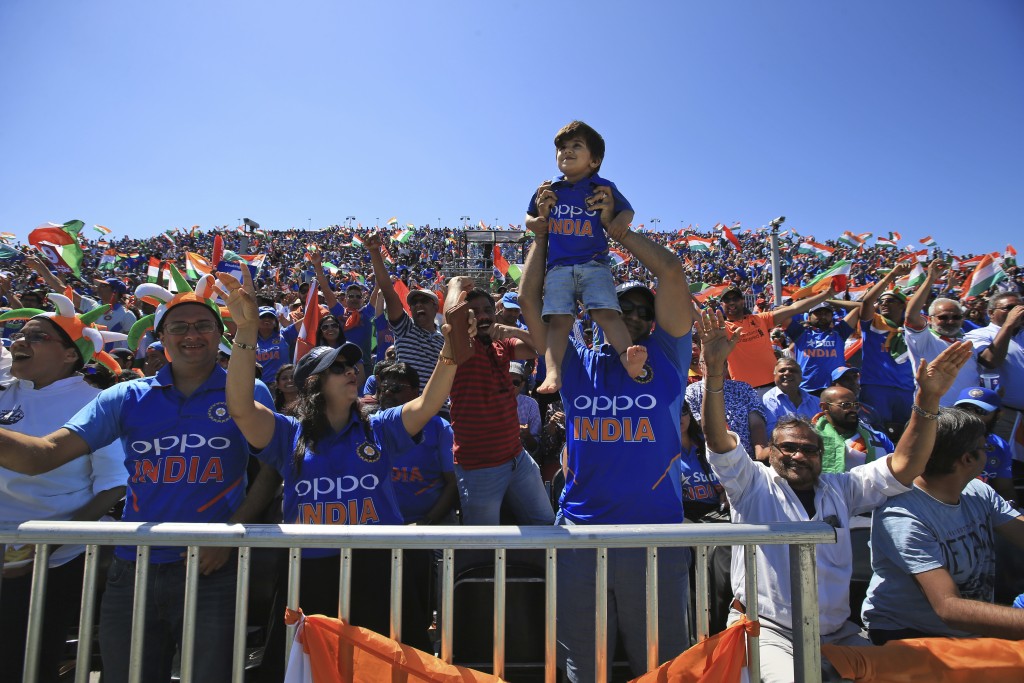 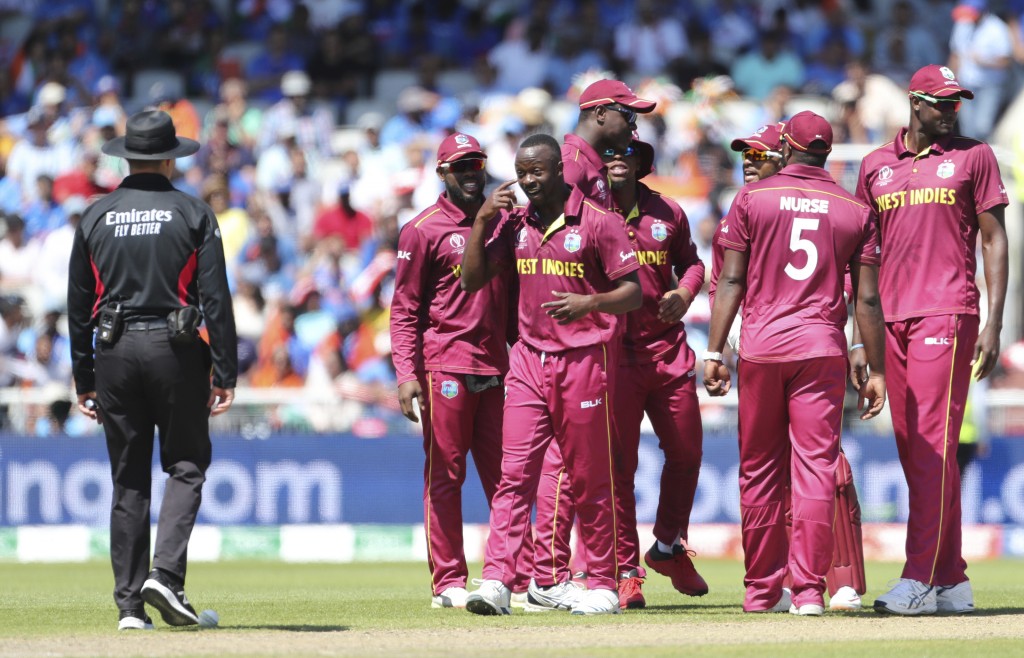 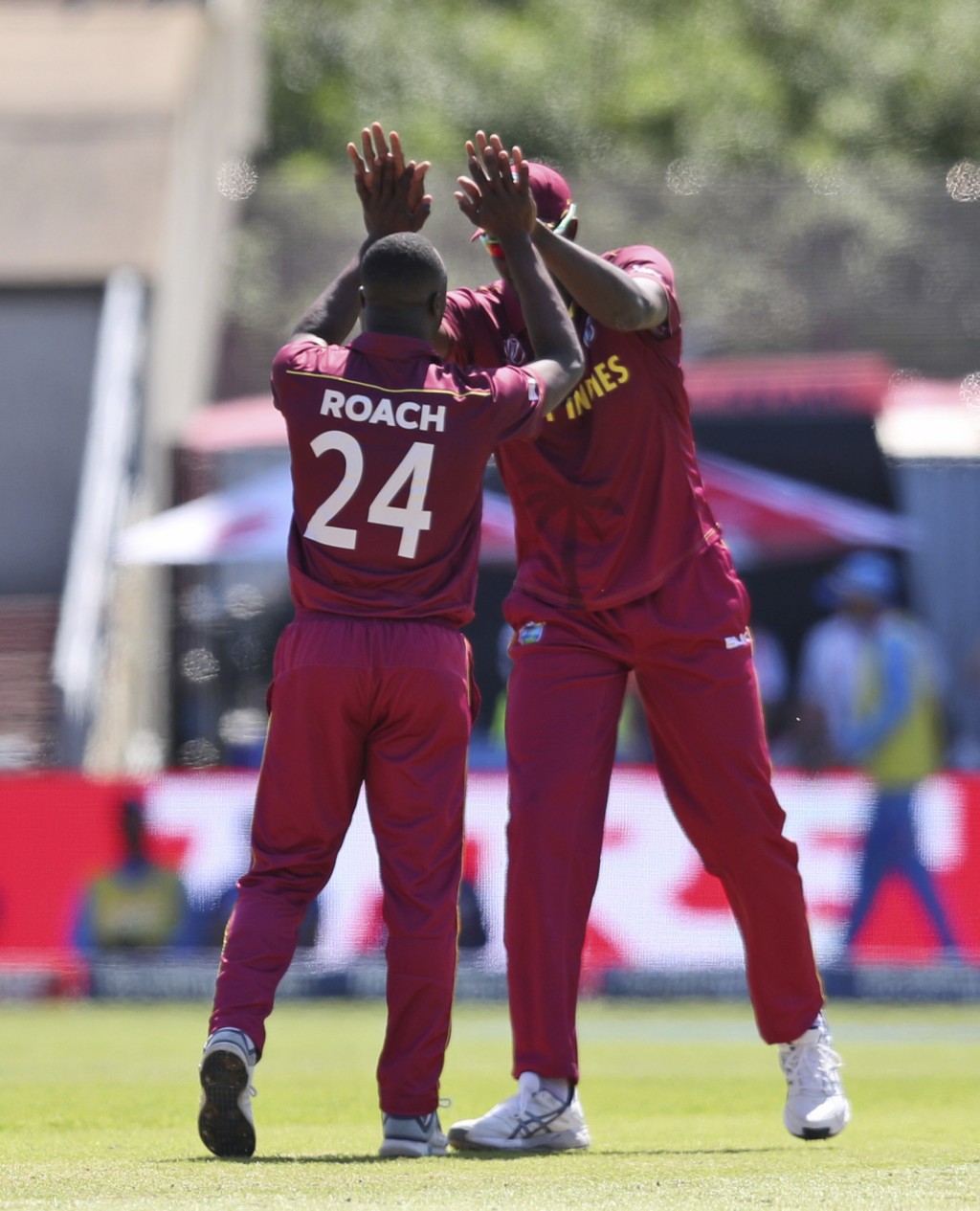 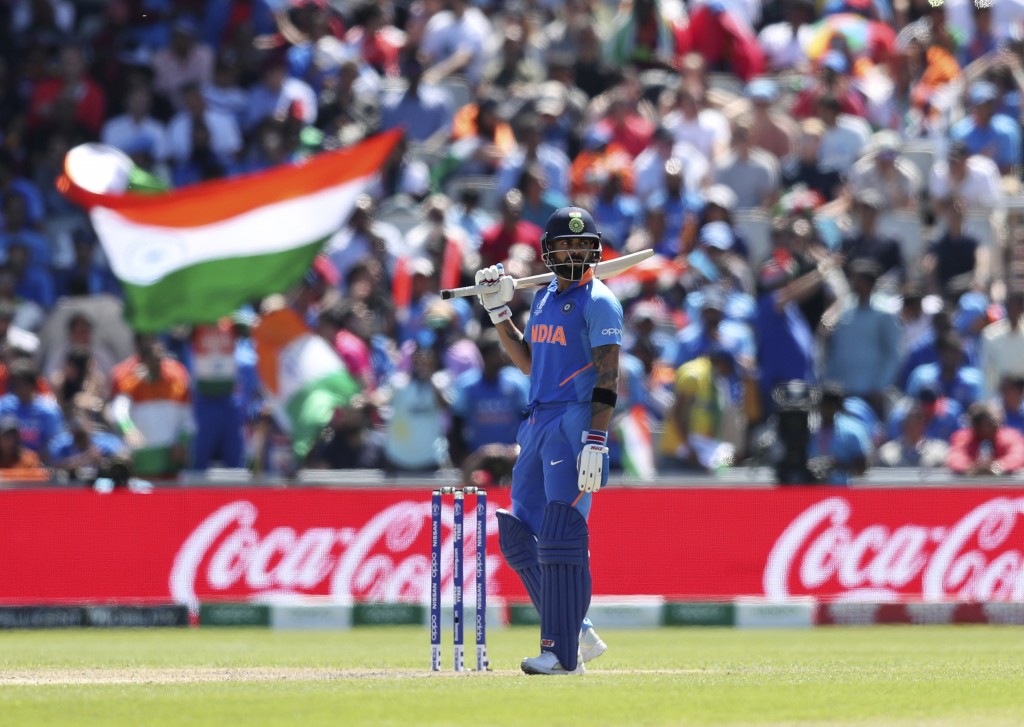 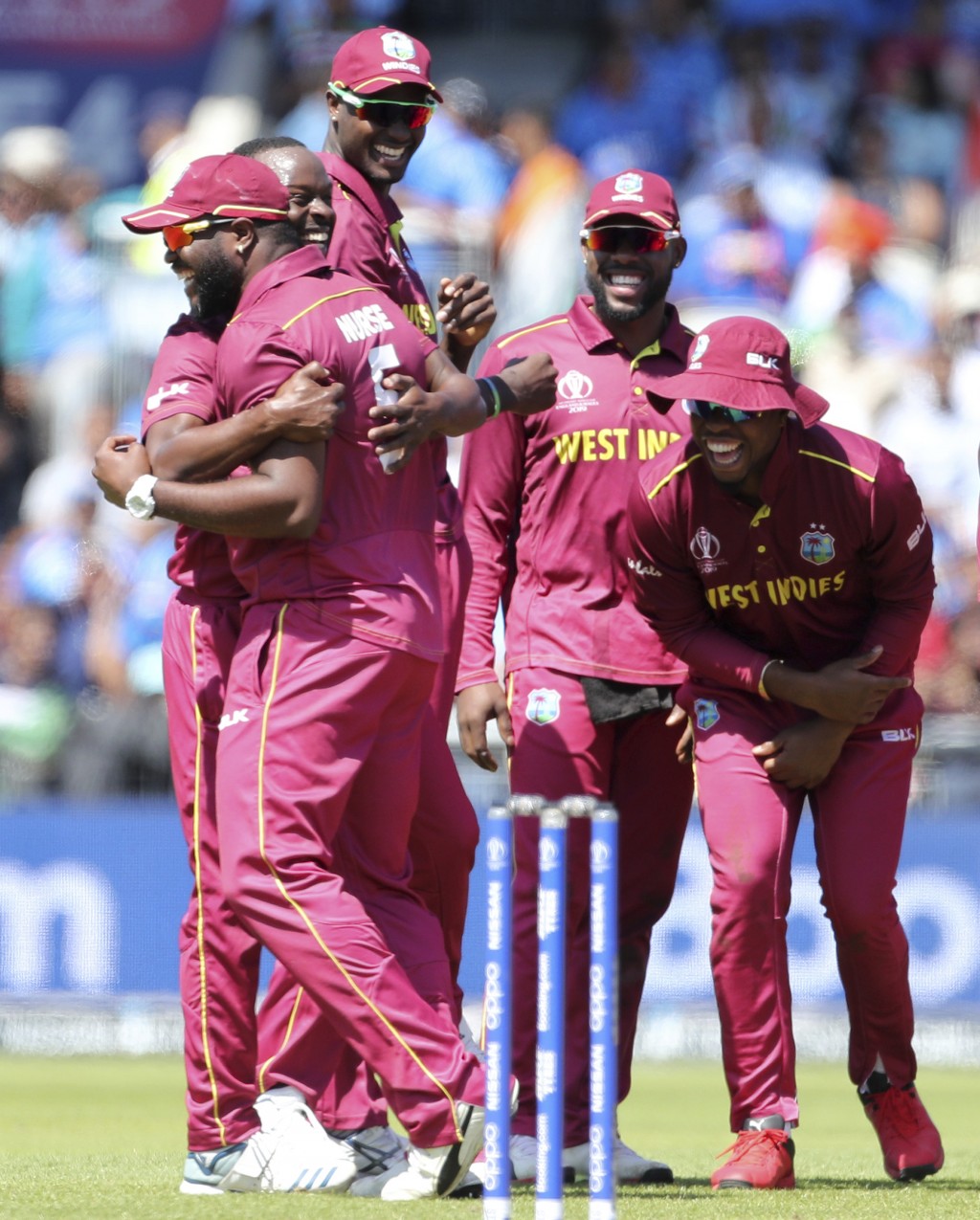 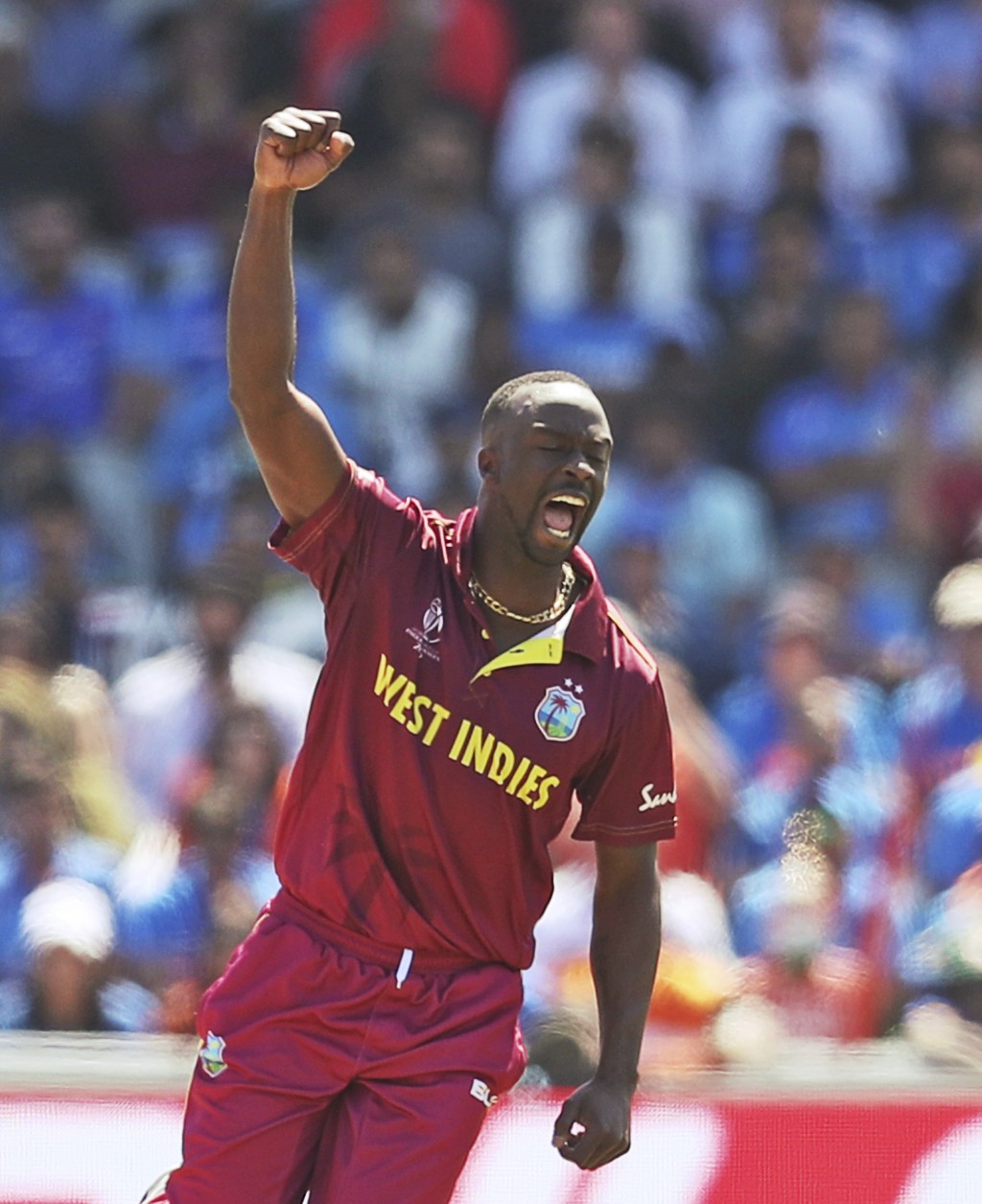 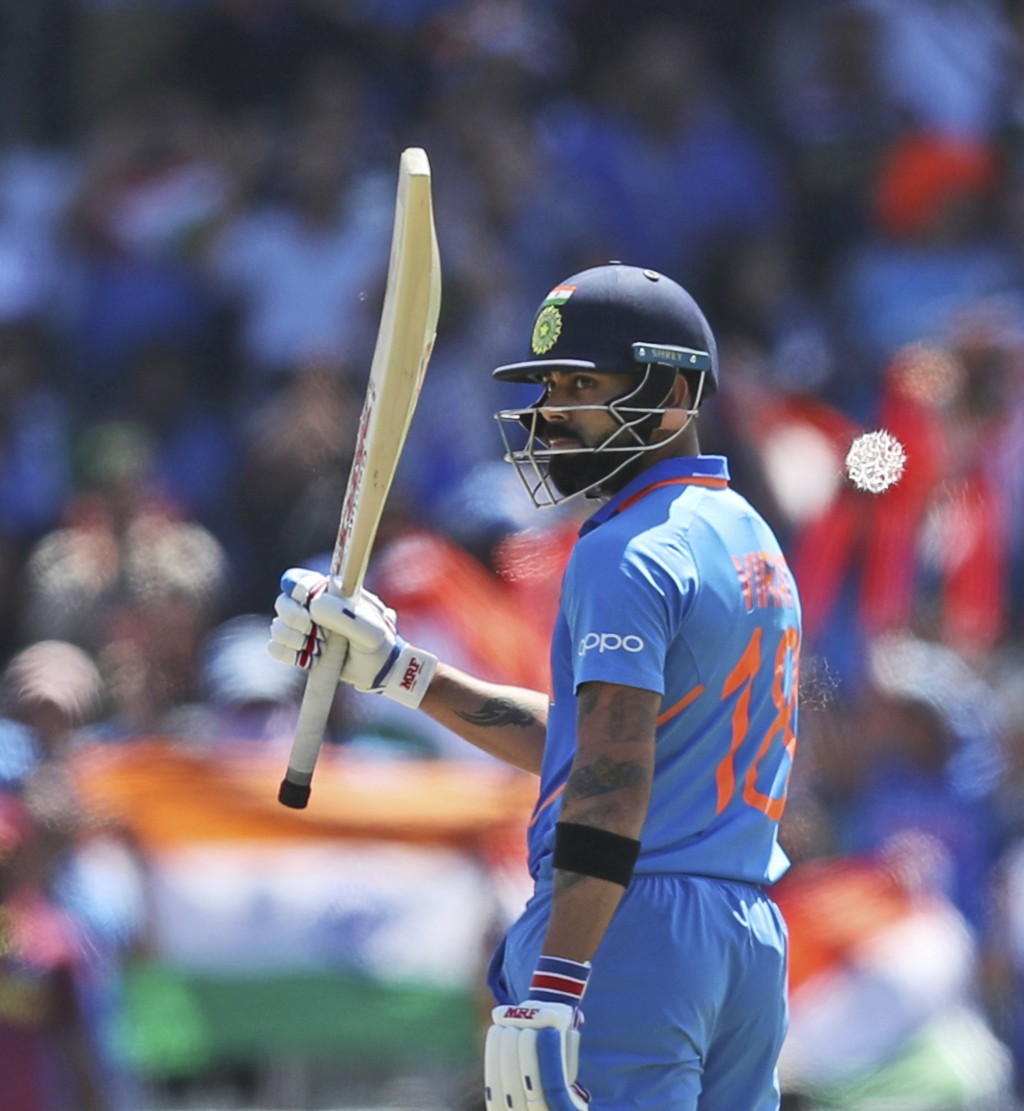 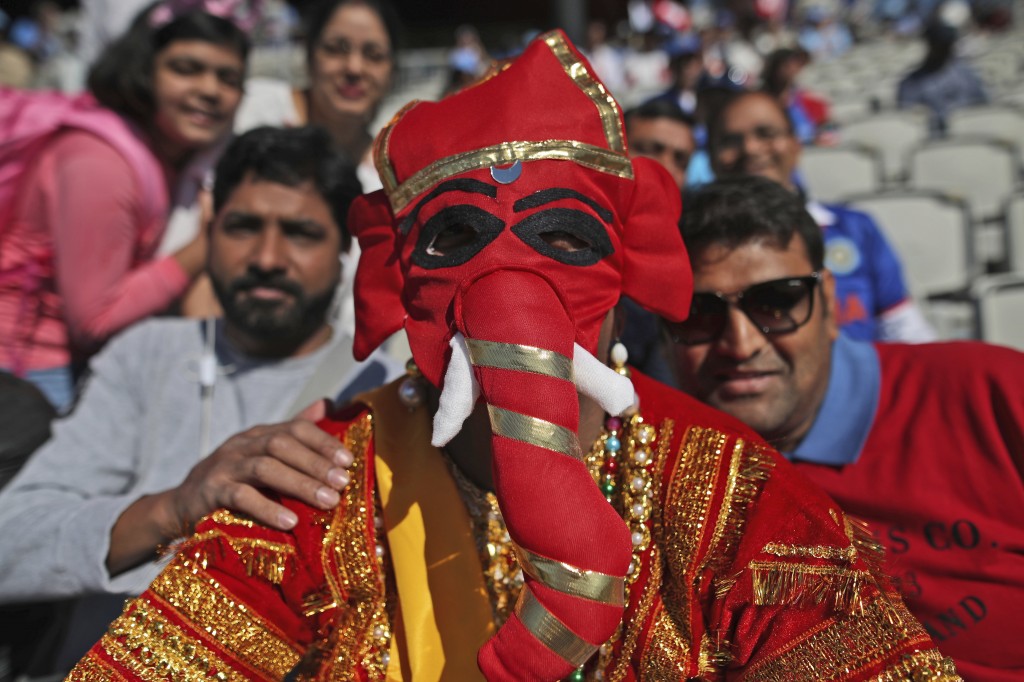 MS Dhoni produced his first half-century of the tournament and finished unbeaten on 56 after hitting a pair of sixes and a boundary in India's last over Thursday, adding 48 after surviving a regulation stumping opportunity.

India skipper Virat Kohli won the toss and opted to bat, hoping to extend a streak at Old Trafford where the team batting first wins.

He led scoring for India with 72 from 82 balls, posting his fourth consecutive half-century but unable again to turn it into triple figures.

The West Indies attack kept a lid on the run-rate throughout, giving Chris Gayle and the batting lineup the chance to end India's unbeaten run at the tournament.

Roach took 3-36, including two on referral to the TV umpire, Holder returned 2-33 and Sheldon Cottrell took two wickets in three balls in the penultimate over to finish with figures of 2-50.

The West Indies fell five runs short of New Zealand's 291-8 here last Saturday when Carlos Brathwaite was caught on the boundary attempting to hit a six for victory.

The conditions weren't easy for batting on a used wicket and on a clear, sunny day at Old Trafford.

Rohit Sharma (18) was first to go with the total at 29 after West Indies referred a not-out decision when Roach appealed for caught behind.

Roach's delivery cut back off the seam and squeezed between bat and pad. The TV umpire decided there was enough evidence of contact with the bat on the ultra-edge technology to overturn the on-field decision.

KL Rahul (48) shared a 69-run partnership with Kohli before he was bowled by Holder in the 21st. It was a reward for perseverance for Holder, who bowled consecutive maiden overs to start his spell and didn't concede a run from his first 14 deliveries as he worked away on a good length.

Kohli maintained his form and stabilized the innings when Roach had Vijay Shankar (14) and Kedar Jadhav (7) caught behind — the latter again on referral after the on-field umpire ruled not out — as India slipped to 140-4.

He put on 40 with Dhoni for the fifth wicket before mis-timing a slower ball from Holder directly to midwicket in the 39th over, momentarily quietening the capacity, pro-India crowd.

Dhoni continued in a 70-run stand with Hardick Pandya, who scored 46 off 38 balls to lift the run-rate before falling in the penultimate over. Mohammed Shami lasted only two balls before he was caught behind.

The former India skipper was on eight, and India was on 154-4, when Dhoni stepped down the wicket to take on spinner Fabian Allen but was beaten in flight, stranded out of his ground and apparently on his way back to the pavilion. But Hope was unable to cleanly take the ball and missed the stumping, then also missed the wickets with a second attempt after retrieving the loose ball. Making matters worse, the Indian batsmen ran through for a bye to get Dhoni off strike.

It cost the West Indies 48 more runs off Dhoni's bat — runs they're hoping won't put them out of contention in the tournament.