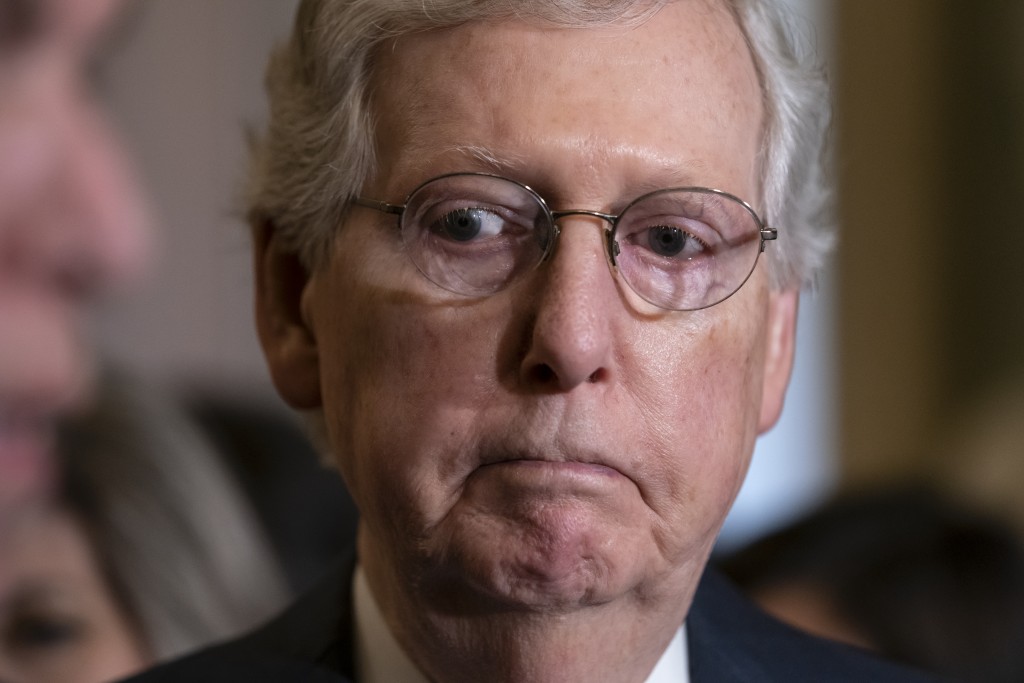 WASHINGTON (AP) — The Latest on Congress and the border relief package (all times local):

Instead, the Kentucky Republican says it's time for the House to accept a bipartisan package overwhelmingly approved by the Senate and send it to President Donald Trump for his signature.

House Speaker Nancy Pelosi and her chamber's Democrats want to add provisions to the Senate measure that would strengthen standards of care for detained migrant families and children.

But McConnell said Thursday on the Senate floor that his chamber's measure "is the only game in town."

He said the Trump administration might make administrative changes reflecting some of the House's demands. But with Congress hoping to address public pressure to improve conditions for thousands of migrants, McConnell says it's time to approve the Senate legislation.

Congress is at a standoff over a $4.6 billion aid package for the southern border, House Democrats saying a Senate measure doesn't go far enough to care for thousands of migrant families and children.

Speaker Nancy Pelosi is considering a fresh vote Thursday. Democrats want to add medical and hygiene standards and more protections for the children.

It's a risky stalemate over a border crisis that has captured global attention amid unsettling reports of conditions at federal facilities. The funding is urgently for the humanitarian emergency on the U.S.-Mexico border and money runs out in a matter of days.

The GOP-held Senate on Wednesday passed the bipartisan $4.6 billion measure on a sweeping 84-8 vote.