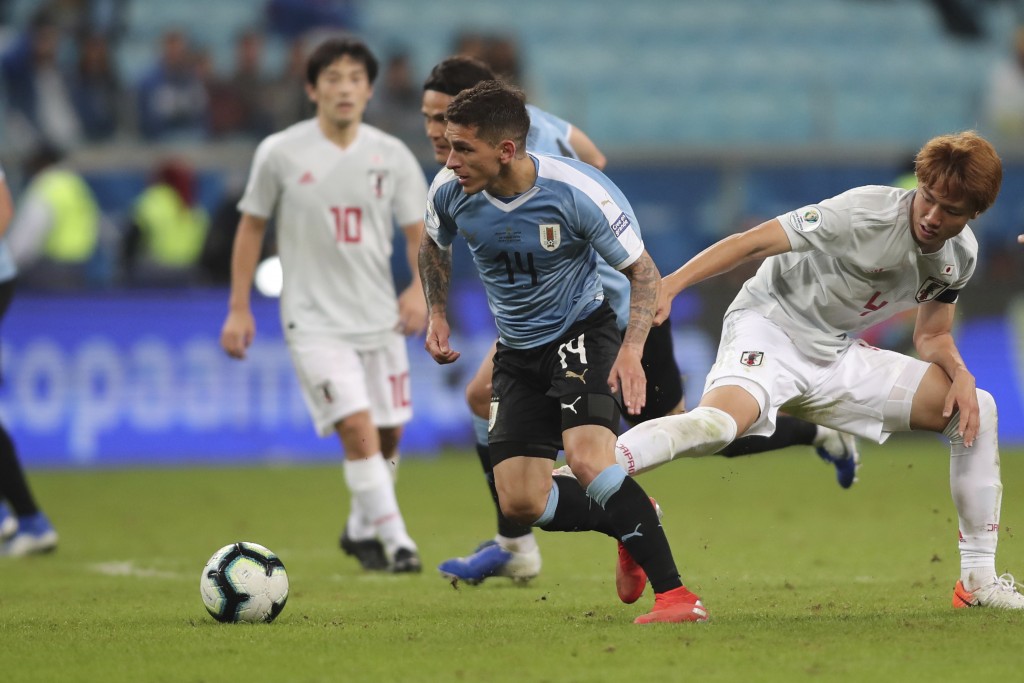 SALVADOR, Brazil (AP) — Uruguay midfielder Lucas Torreira says he will be able to play on Saturday when his team faces Peru in the Copa America quarterfinals.

Torreira skipped Uruguay's 1-0 win over Chile on Monday with a fever and stomach problems.

The 23-year-old Torreira says "those were complicated days with a lot of fever, headaches, vomit. I lost three kilos, but I will be ready for Saturday."

Torreira became a starter after midfielder Matias Vecino injured a muscle in the 4-0 win over Ecuador. Torreira played in the 2-2 against Japan in Uruguay's second match.