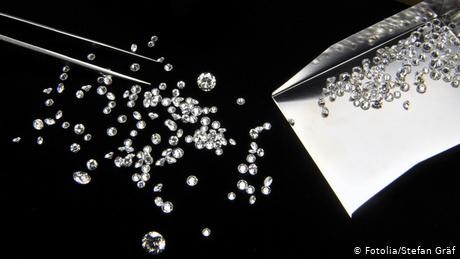 A man believed to be an important player in a major diamond heist on the runway of a Brussels airport in 2013, was found guilty by a Belgian court on Thursday and sentenced to five years in prison.

The Brussels Criminal Court ruled that the defendant, Marc Bertoldi, played a decisive role in the planning of the crime even though he was not directly involved in the robbery.

The prosecutor's office had called for an eight-year prison sentence for Bertoldi.

Bertoldi's extradition from France was delayed because he had been serving a prison sentence in an unrelated kidnapping case.

Last year, 19 other suspects believed to have been involved in the heist were acquitted due to a lack of evidence. Belgium prosecutors appealed the decision and a new trial for the 19 suspects is scheduled to begin at the end of 2019.

'One of the biggest' heists ever

The heist took place at Zavantem airport in Brussels in February 2013 when a gang of eight men seized diamonds and other precious metals worth around $50 million (€37 million) from a plane's cargo hold while it waited on the tarmac.

The robbers, disguised as hooded police officers with machine guns, cut a hole in the fence and forced their way through security barriers before managing to reach the Swiss Helvetic Airways passenger plane just before take off.

After forcing open the cargo hold of the plane, the men stole 120 parcels with mostly diamonds and also some precious metals. They then successfully escaped, prompting an international manhunt.

A spokesperson for the Antwerp World Diamond Center, called the heist "one of the biggest" ever.

The biggest diamond robbery ever recorded took place in February 2003, when a gang of thieves retrieved €100 million worth of stones directly from a vault at the Antwerp Diamond Center.