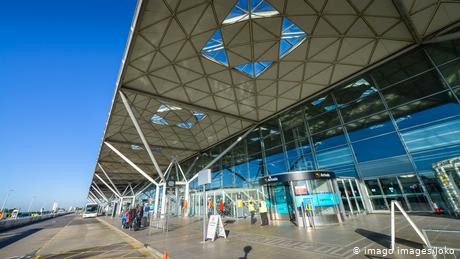 An Air India flight from Mumbai to Newark in the United States was diverted to London's Stansted Airport on Thursday due to a possible security threat.

The Boeing 777 landed safety and the runway was reopened and fully operational after a delay, Stansted Airport said.

"We are sorry for any disruption caused by the incident and would like to thank you for your patience," Stansted Airport said on Twitter.

The plane has been isolated away from normal airport operations, Stansted Airport said.

cw/msh (AFP, Reuters)Every evening, DW's editors send out a selection of the day's hard news and quality feature journalism. You can sign up to receive it directly here.