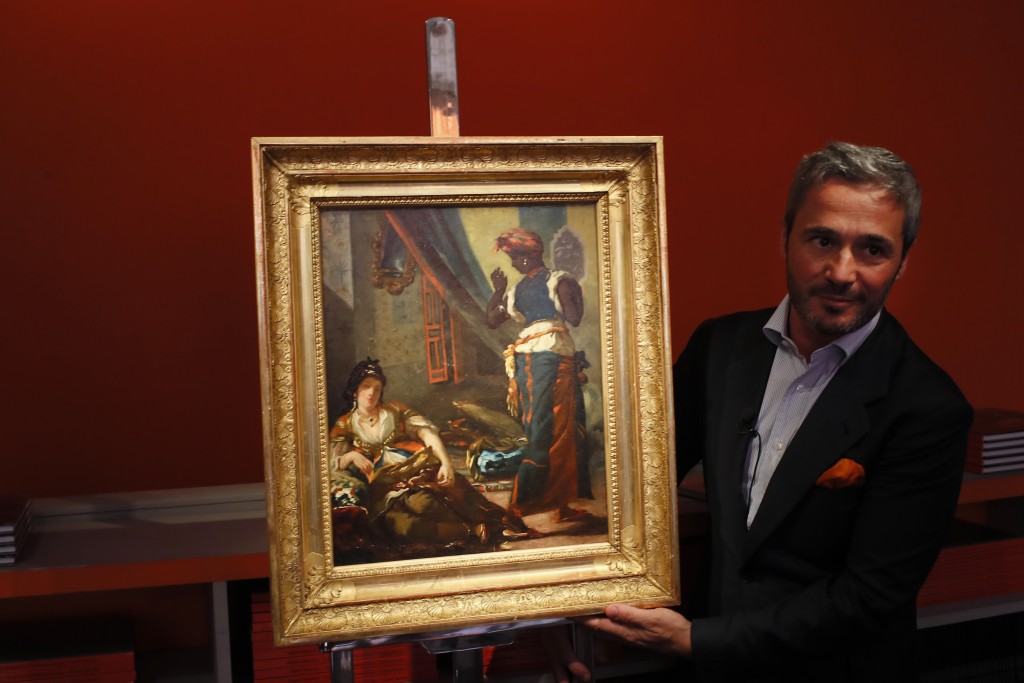 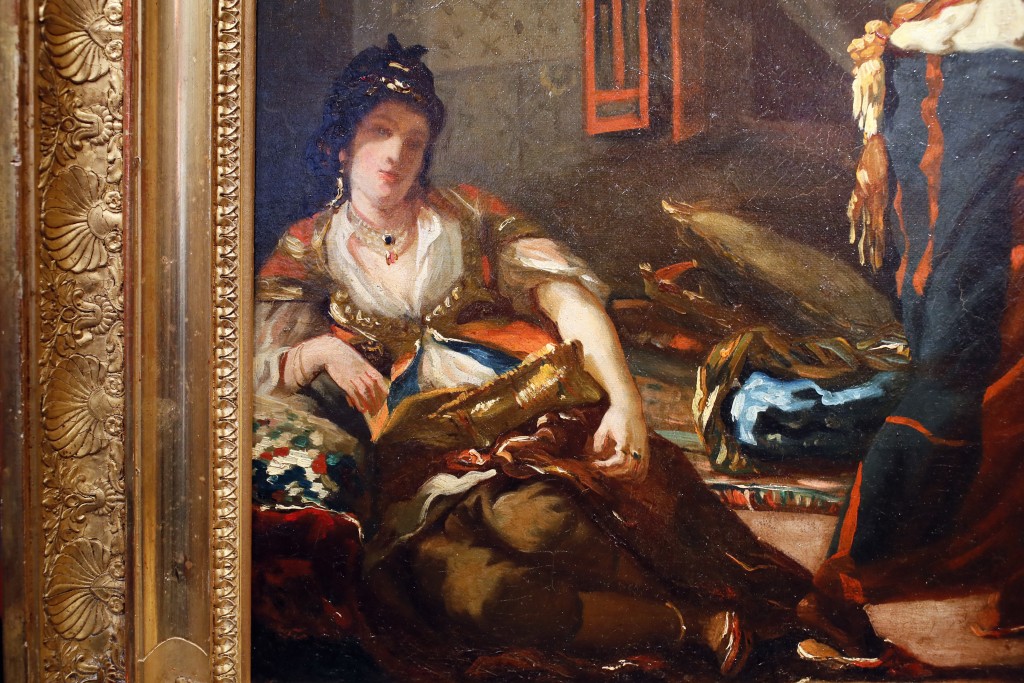 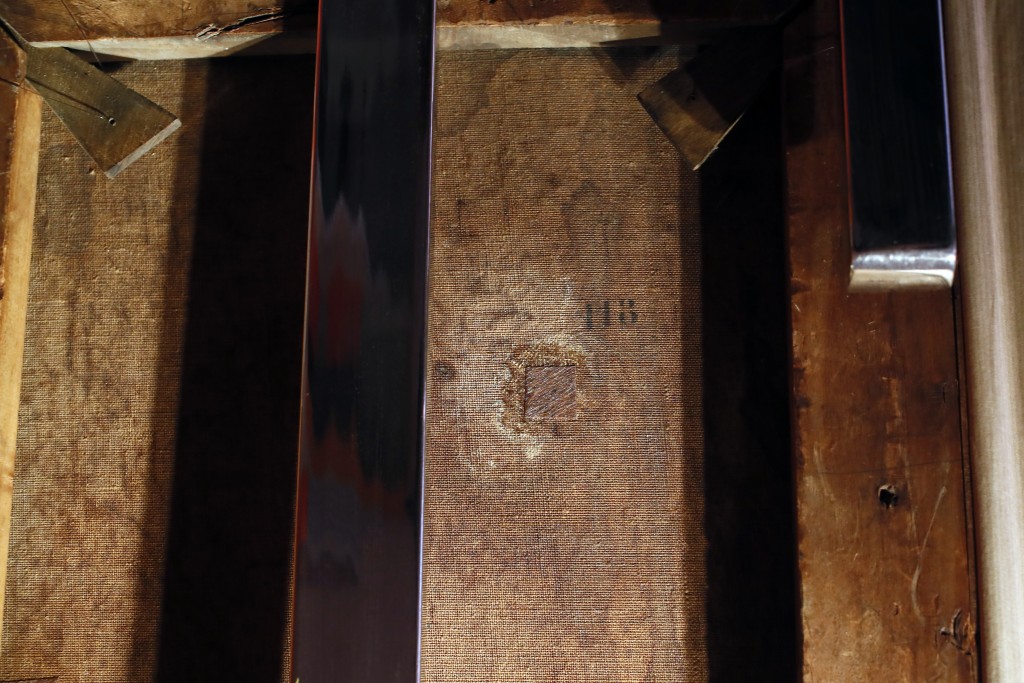 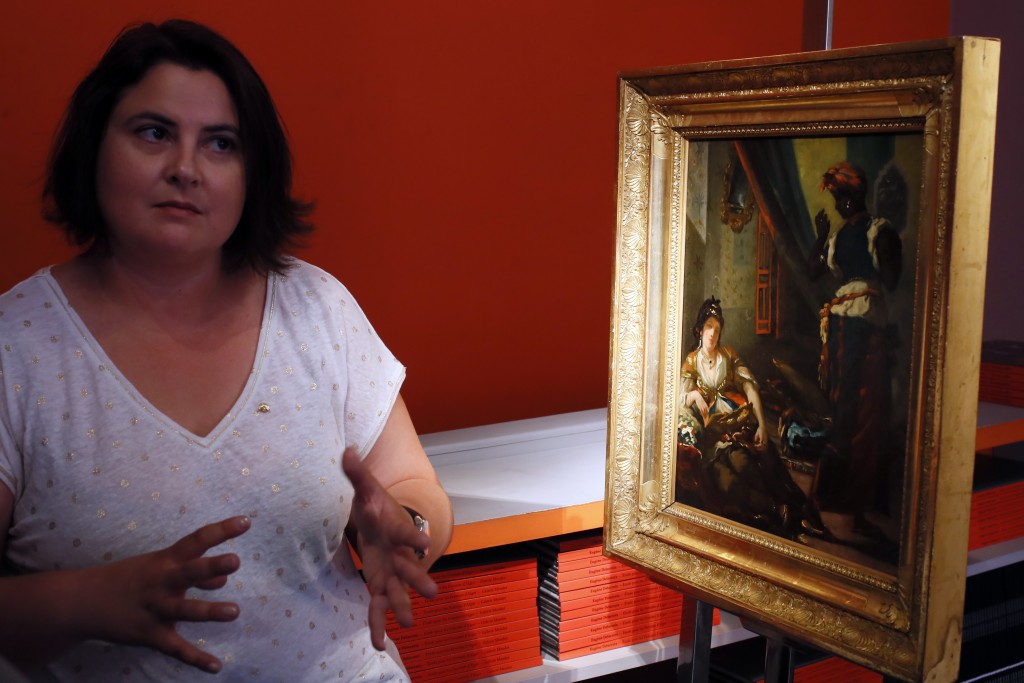 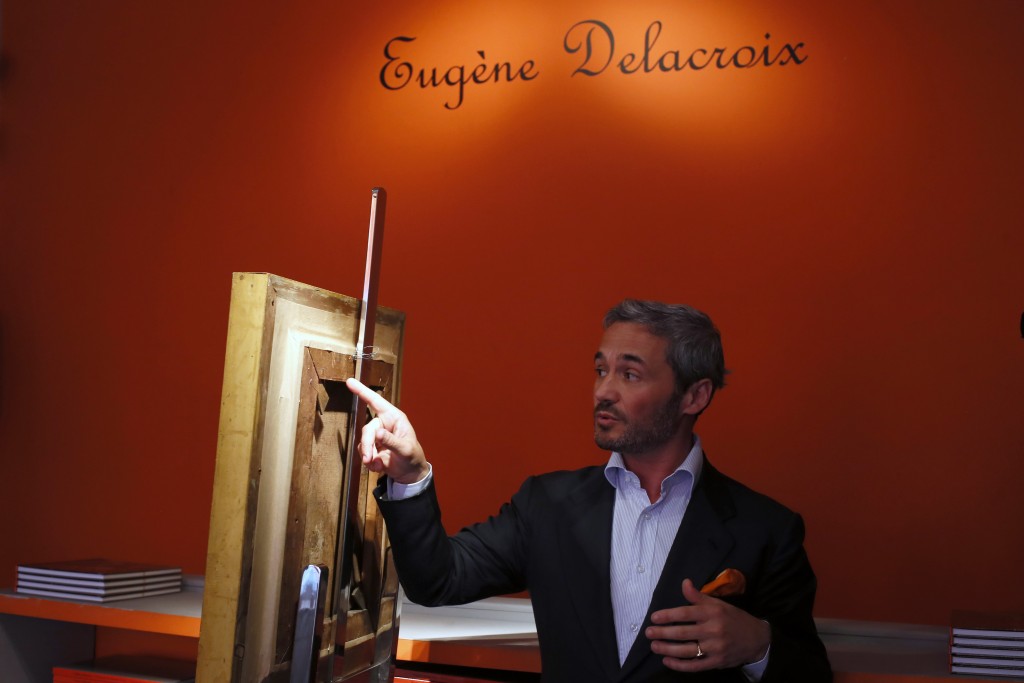 PARIS (AP) — It's been hanging on people's walls for almost 170 years without drawing much attention, but a painting showing a group of women has turned out to be more than meets the eye.

The most recent owner of the picture, a Parisian woman, has found out that what she has is a long-forgotten painting by 19th century French Romantic artist Eugene Delacroix.

"A woman walked into the gallery with a painting under her arm, telling me she'd just visited the Delacroix exhibit at the Louvre Museum ... and that she thought her painting shared some resemblance" with the artist's "Women of Algiers in their Apartment," said Philippe Mendes, director of the Mendes Gallery in Paris.

"I took a look at the painting, which was dirty and with a very thick yellow varnish, but I felt it had Delacroix's very particular style. So I said, let's clean the painting and let's see what comes out of it," he told The Associated Press in an interview.

"After we cleaned it, the radiant and extraordinary colors typical of Delacroix really stood out and we knew we had to start doing some real research."

The painting, now hanging in Mendes' gallery as he negotiates with a U.S. museum seeking to buy it, shows a pale woman seated and an African slave standing next to her, looking at the other woman over her shoulder. The same scene is captured in "Women of Algiers in their Apartment," which was painted after in 1833-34 after Delacroix visited North Africa. That painting now lives in the Louvre.

Art historian and Delacroix expert Virginie Cauchi-Fatiga investigated the curious canvas at Mendes' request. She analyzed the technique and use of colors, compared it with other Delacroix paintings, then used infrared and X-ray images to look deeper.

After more than a year of examination, her verdict: She says with "absolute certainty" that the painting is a Delacroix work, a study for "Women of Algiers." The study was sold at auction in 1850 and hadn't been shown in public since.

She called it a discovery "of prime importance, because it really is a gateway into the artist's mind right at the moment" he was working on "Women of Algiers."

"The colors are distinctive of Delacroix's work, but it's also about how they are associated," she said. "He doesn't use color in the same way as other big classical painters - color is not an accessory for him. He shapes his painting around colors."

The painting bears no Delacroix signature, since it is only a study, she said — but does bear a stamp at the back of the canvas reading "118."

That matches the number listed for the study in the catalog of paintings sold at auction in 1850 by the Count de Mornay, a diplomat who sponsored Delacroix's trip to North Africa, Mendes said. Lot 118 was bought for a private collection, and its subsequent movements aren't known.

The Parisian woman bought the painting about 10 years ago with her father, but does not want to be publicly identified, Mendes said.

He also showed the canvas to experts at French museums that hold Delacroix paintings and received an export certificate from the Culture Ministry identifying it as a Delacroix work.

No one would comment on the possible value of the painting.

Paul Exbrayat of the Britain-based Art Loss Register said the painting had not been listed on international databases as missing or stolen, and described it as just long-dormant. "It has woken up from a long slumber, like Sleeping Beauty," he said.