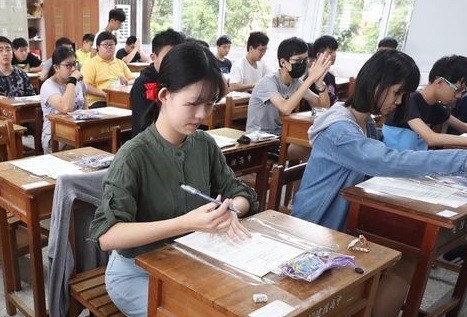 The majority of young students in Taiwan would rather stay at home during the summer break, and for most of them, playing on their cellphones will be their top form of entertainment, according to a survey released Thursday by the non-profit King Car Cultural and Educational Foundation.

The poll, conducted among fifth to 11th grade students, found that 80.1 percent preferred to stay at home this summer, while 30.9 percent intended to go shopping at department stores.

On the question of the best form of entertainment during the summer break, 73.7 percent said playing on their cellphones, while 41. 7 percent said going to karaoke clubs.

According to the poll, 42.9 percent of students in Taiwan said they plan to research information about summer holiday activities on their own, while 34.8 percent would do so with their parents.

The study also found that the older the students, the less they cared about summer vacation activities.

Commenting on the poll, Lin Ching-ting (林靜婷), a teacher at Jin-Xing Elementary School in Taoyuan, said parents need to interact more with their children and help students find a balance between study and leisure.

Leisure activities can not only help improve personal wellbeing, but also reduce stress in life, the King Car foundation said.

Parents should not allow their children to spend too much time on cellphones or focus only on school work, the foundation said.

The survey, conducted by the King Car Cultural and Educational Foundation in June, collected 3,058 valid samples.
It had a 95 percent confidence level and a margin of error of plus or minus 3 percentage points.