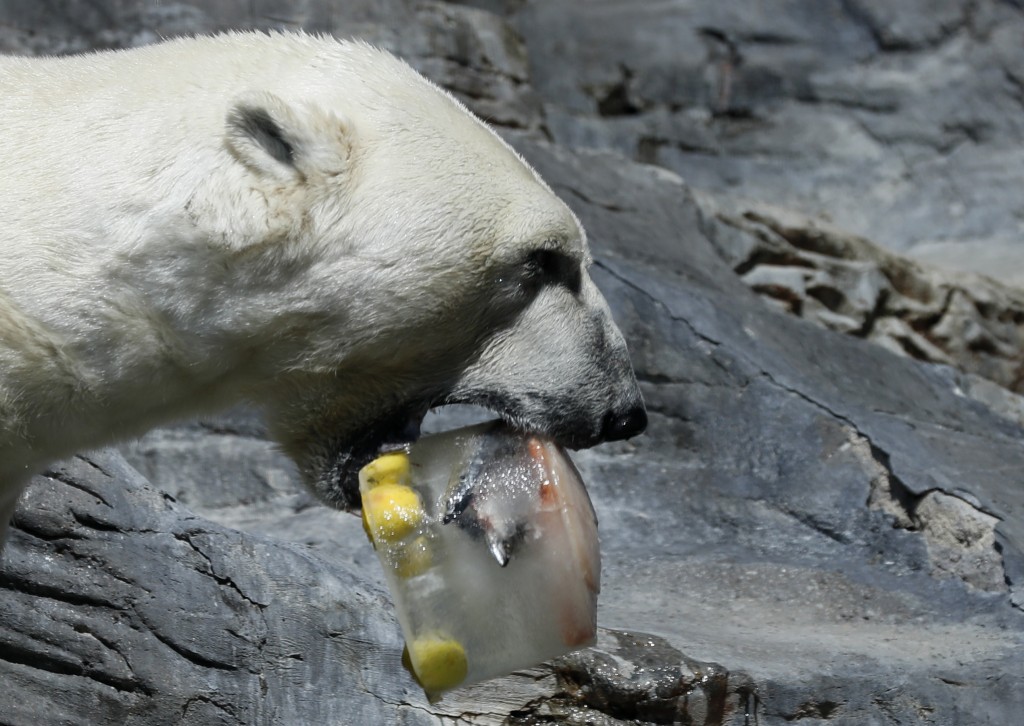 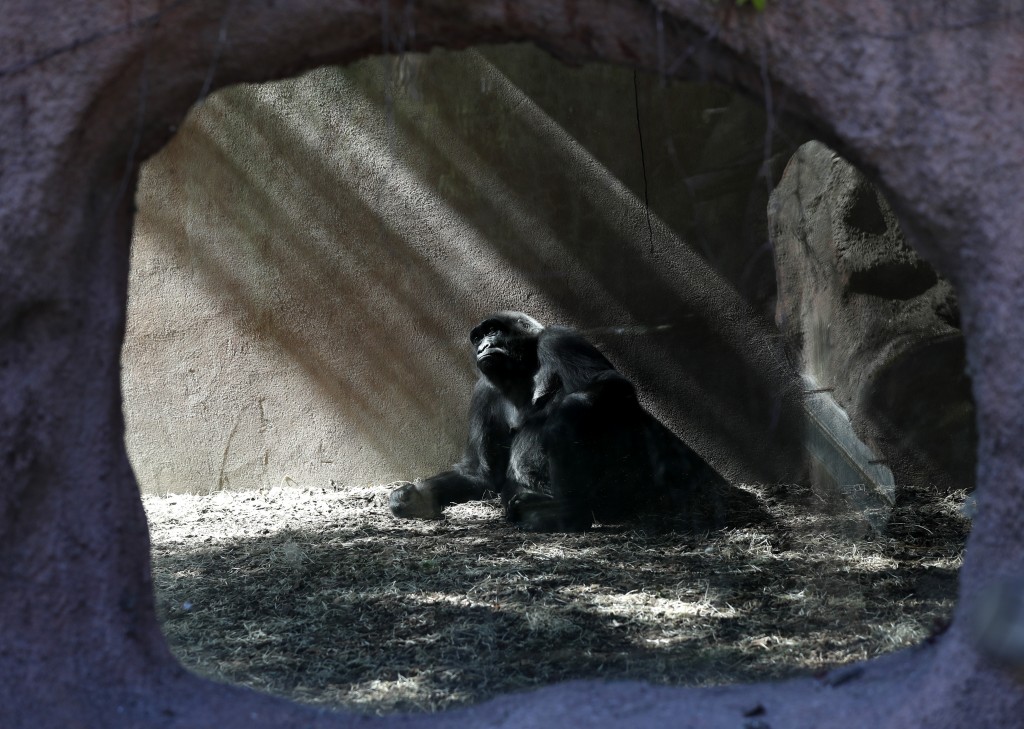 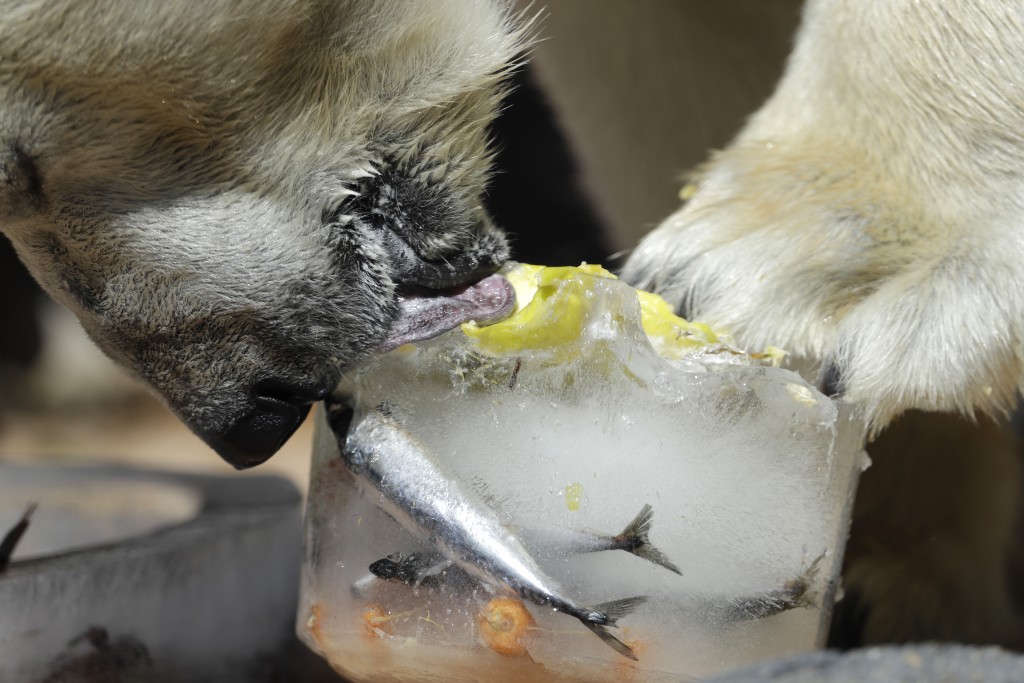 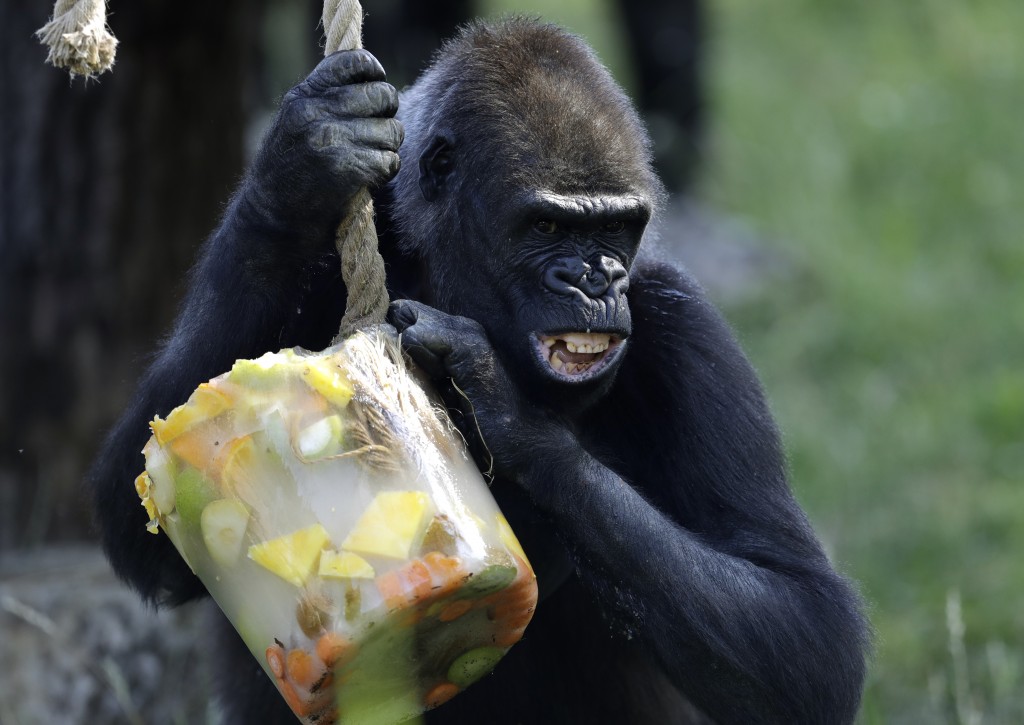 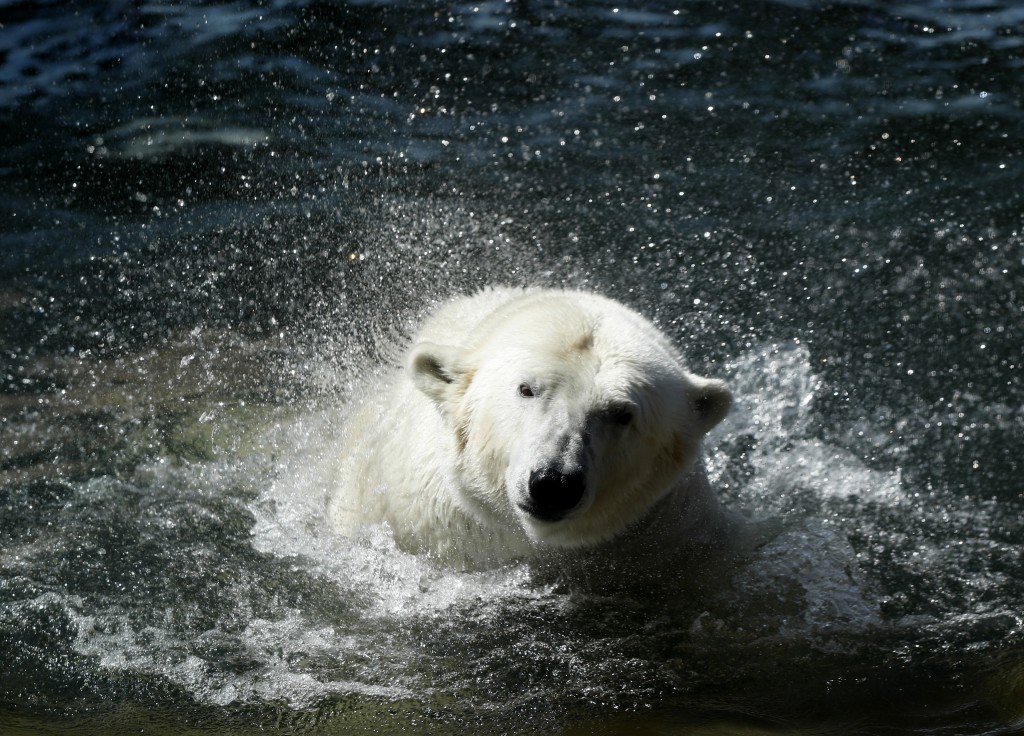 PRAGUE (AP) — Gorillas and polar bears at Prague's zoo are keeping cool during the current European heat wave by eating their own version of sorbet.

The zookeepers have presented the animals with big blocks of frozen water in a form that suits them, and with content to suit their tastes.

The gorillas have two blocks hanging from ropes in their outside enclosure with a mixture of fruits inside, including pieces of orange, apple, pear, kiwi, carrot, pineapple and mango.

The zoo's eight Western lowland gorillas stick to a clear hierarchy. Richard, the dominant male in the group, has one of the chunks of ice, while the remaining seven have to share the other one, patiently and slowly extracting the fruit.

The three polar bears have one block each, waiting for them on the ground. These also have some carrots and apples, but the main ingredient is fish. Unlike the gorillas, the bears don't waste time, consuming the treat in few minutes.