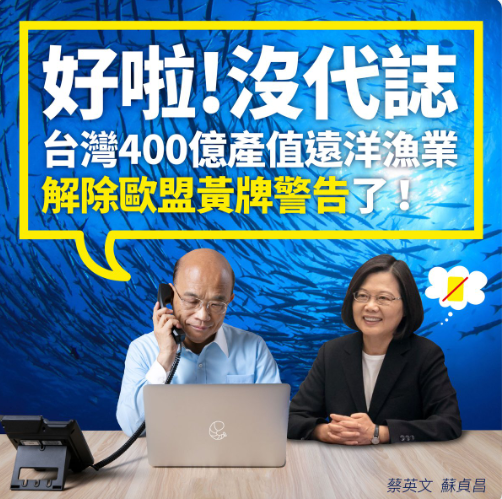 TAIPEI (Taiwan News) – The European Union announced Thursday (June 27) that it was lifting the yellow card imposed on Taiwan over the past three and a half years over illegal fishing, acknowledging the positive reforms undertaken by the island nation.

Taiwan’s long-distance fishing fleet, the second largest in the world, received the yellow card as a warning against illegal, unreported, and unregulated fishing (IUU) in October 2015, an EU statement said.

As a result of three years of “intense cooperation and dialogue,” Taiwan now have at their disposal a wide range of efficient tools to combat IUU, according to the statement.

Both sides will form a joint working group while continuing to address labor conditions in the fishing sector as part of human rights consultations, the EU said.