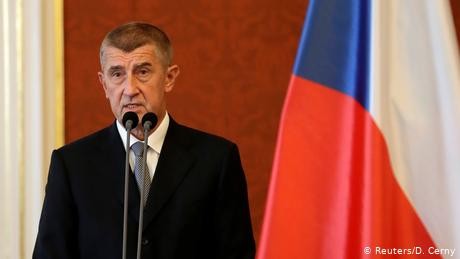 The billionaire-turned-politician faces investigations into fraud accusations) (subsidies, conflict of interest and the abuse of those EU funds by his business empire.

After a marathon 17-hour debate, the opposition failed to muster 101 votes in the 200-seat parliament needed to topple the government. The final vote was 85 against and 85 for, with 30 abstentions or votes not cast.

Babis' ANO party is in a coalition with the center-left Social Democrats, but relies on further support from the Communists — not a formal ally of Babis' — to reach a majority of 108 seats in the parliament.

The no confidence vote was prompted by a preliminary report by European Commission auditors that found Babis still has influence over Agrofert, a sprawling agriculture, food and media empire.

The final audit expected later this year could result in Agrofert having to repay up to €17.4 million ($19.7 million) in EU subsidies.

Babis denies any wrongdoing. ANO remains the country's most popular party with around 30% support, despite protests last weekend calling for his resignation that drew nearly a quarter of a million people in the capital, Prague.