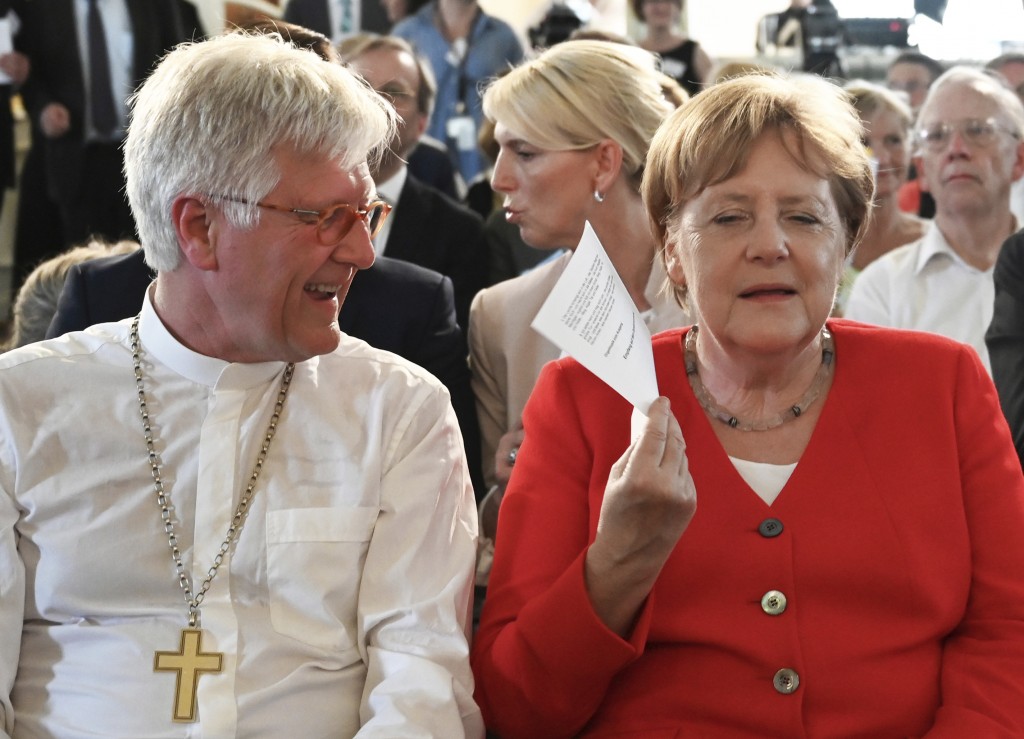 BERLIN (AP) — German Chancellor Angela Merkel has appeared unsteady and shaking for the second time in 10 days at a ceremony in Berlin.

The brief incident happened as Merkel stood alongside President Frank-Walter Steinmeier at an indoor event Thursday morning where Germany's new justice minister was being formally appointed. Merkel was handed a glass of water but rejected it, and appeared fine when she arrived in parliament half an hour later.

On Tuesday last week, Merkel's whole body shook as she stood outside in hot weather alongside Ukraine's president. Merkel said afterward that she was fine after drinking three glasses of water, which she "apparently needed."

Hot weather in Germany has continued this week though temperatures in Berlin dropped overnight.

The 64-year-old Merkel has been German leader since 2005.