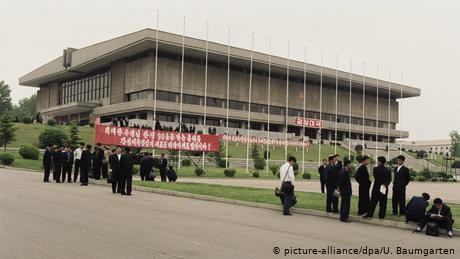 The Australian government said Thursday it was "urgently seeking clarification" following reports that an Australian student had been detained in North Korea.

Australian and South Korean media identified him as Alek Sigley, a 29-year-old student in Pyongyang, the North Korean capital.

Australia's foreign affairs department said it was providing consular assistance to an man's family after friends reported him missing, without naming those involved.

Australia does not have diplomatic relations with North Korea but consular assistance can be provided through the Swedish embassy.

Only Australian in North Korea

Sigley is a graduate student of Korean literature at Kim Il Sung University and runs a tour company in the reclusive authoritarian state.

The son of an Anglo-Australian and Chinese mother, he wrote in the Guardian Australia earlier this year that he previously studied Asian studies and went to university in China where he gained an interest in North Korea.

"As a long-term foreign resident on a student visa, I have nearly unprecedented access to Pyongyang. I'm free to wander around the city, without anyone accompanying me. Interaction with locals can be limited at times, but I can shop and dine almost anywhere I want," he wrote in the Guardian.

He is only one of a handful of Western students studying at Kim Il Sung University, where foreign students are largely separated from North Koreans.

Other parts of his article, while also glowing, might have been open to misinterpretation, for instance complaints about the inability to stay in touch with old university friends like his former roommate without a good pretext, or an anecdote about that roommate's "proudest moment from his uni days" when he took part in a military parade attended by Kim Jong Il.

"He told me of the grueling training needed to get his goose-stepping up to standard, but also of the bonds he forged with his fellow marchers and the sense of pride and achievement he felt afterwards. He always kept a photo from that day on his desk," Sigley wrote.