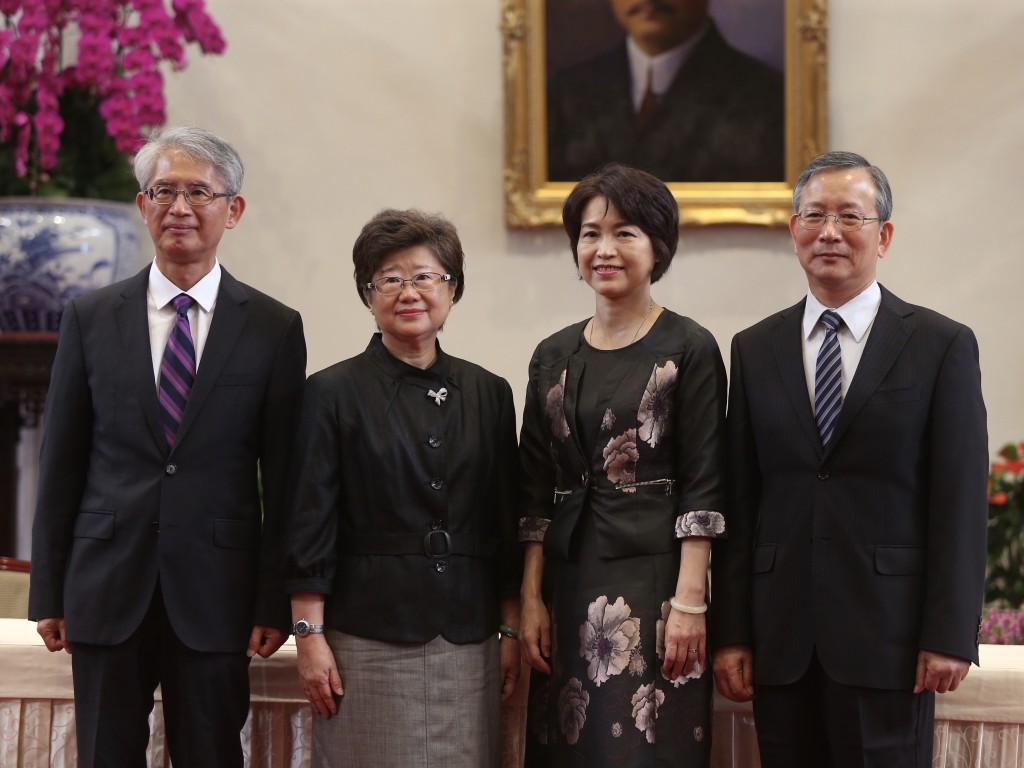 There are 113 seats in the legislature, and nominees must obtain at least half of the votes to consider their motion passed, according to the Constitution.

Only 71 legislators participated in the vote Thursday, while 42 abstained.

All four nominees obtained more than 57 yes votes, exceeding half of the votes needed for confirmation.

The four nominees, including two women, were put forward by Tsai based on the consideration of gender ratio, which must keep the ratio of females to males at no less than 25 percent, according to Vice President Chen Chien-jen (陳建仁), the head of a grand justice candidate selection committee.

The four will be among 15 grand justices, four of whom are women.