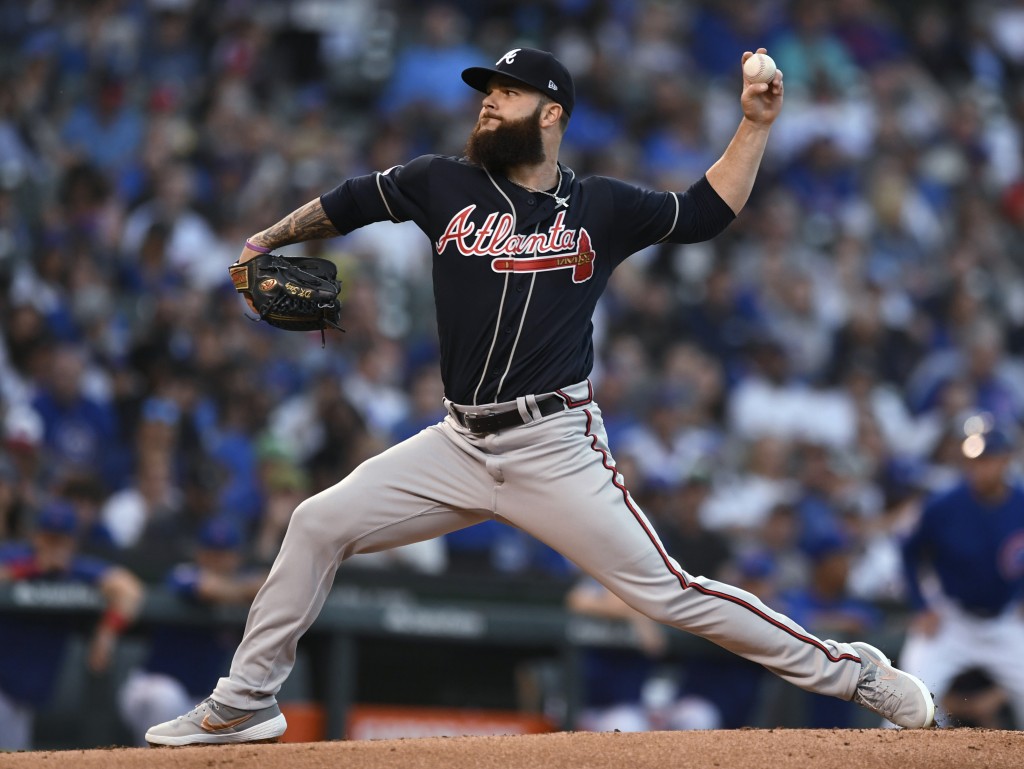 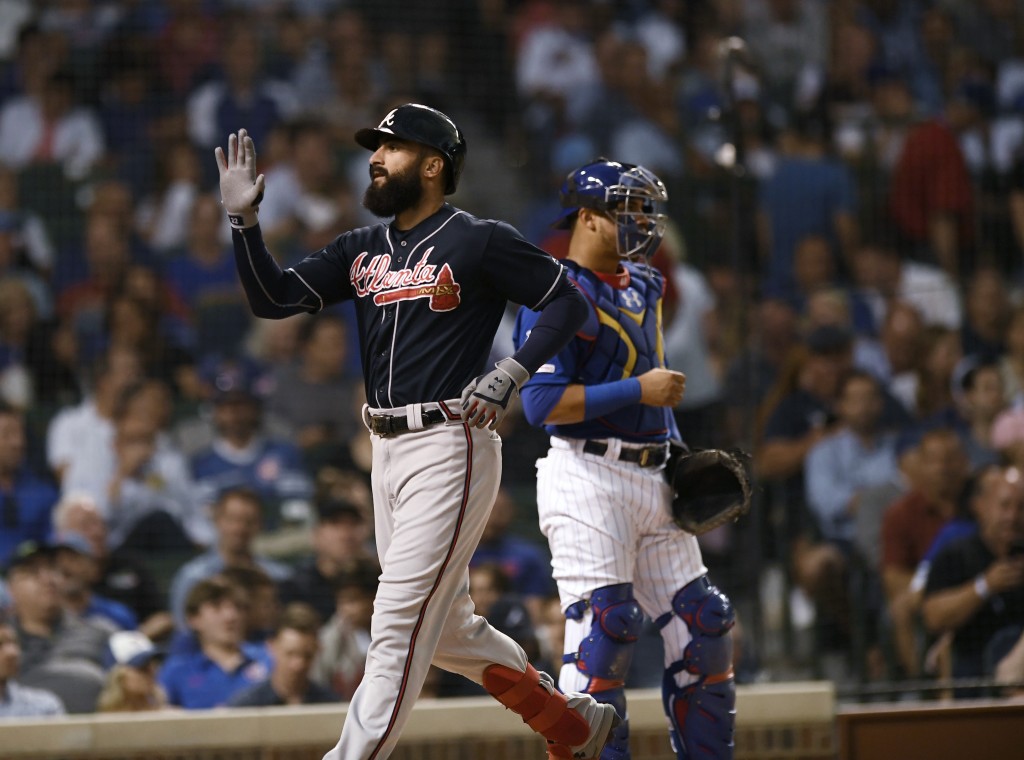 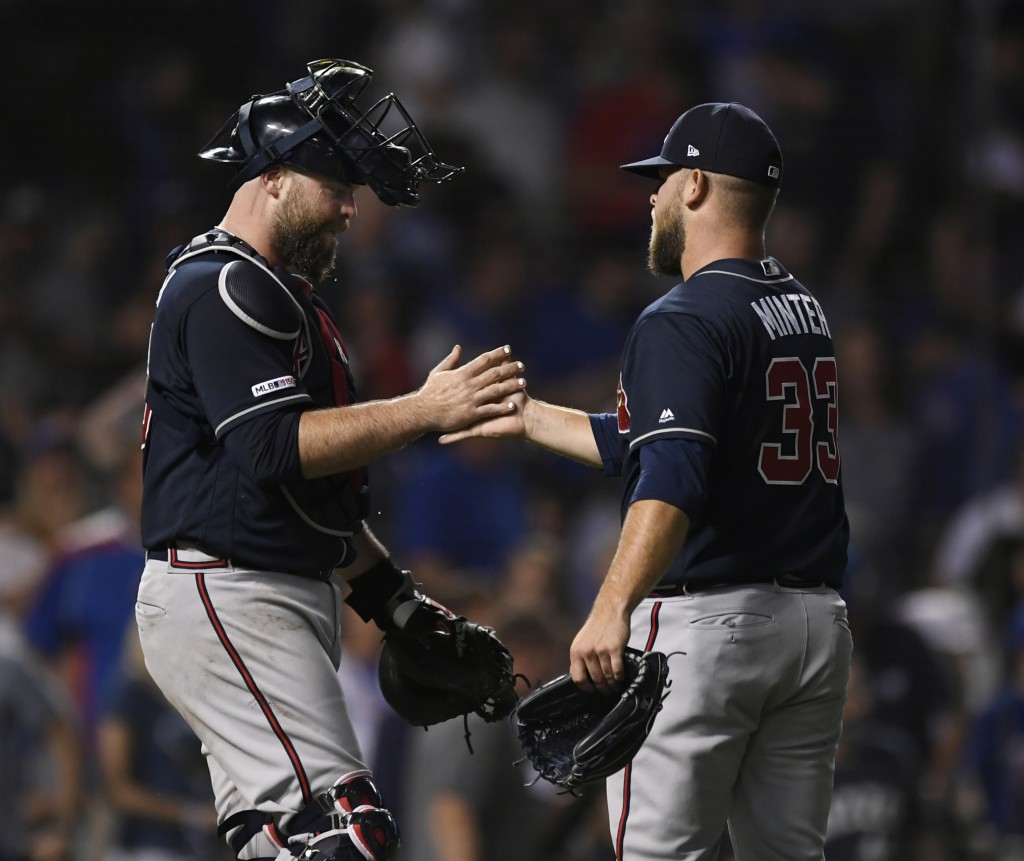 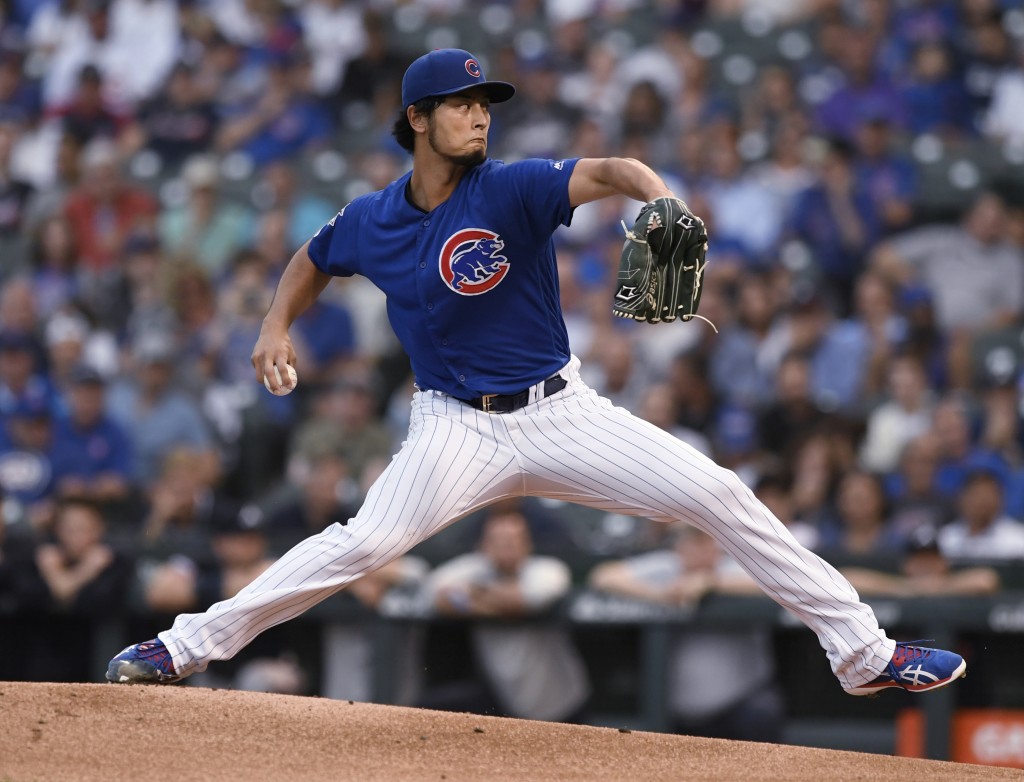 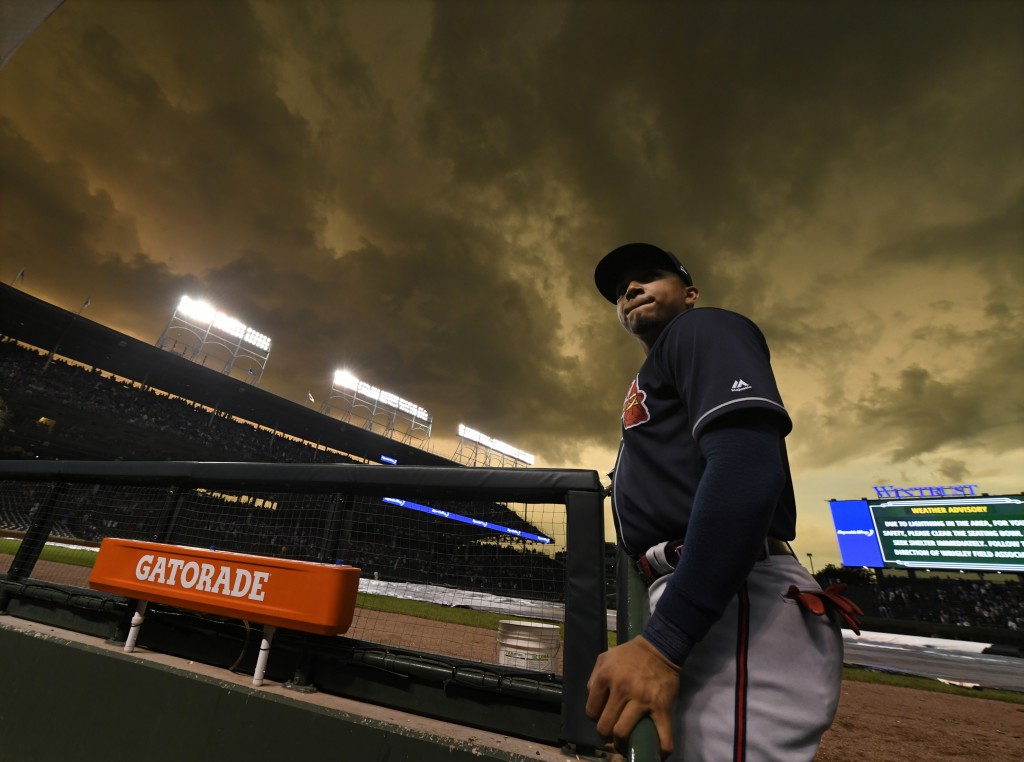 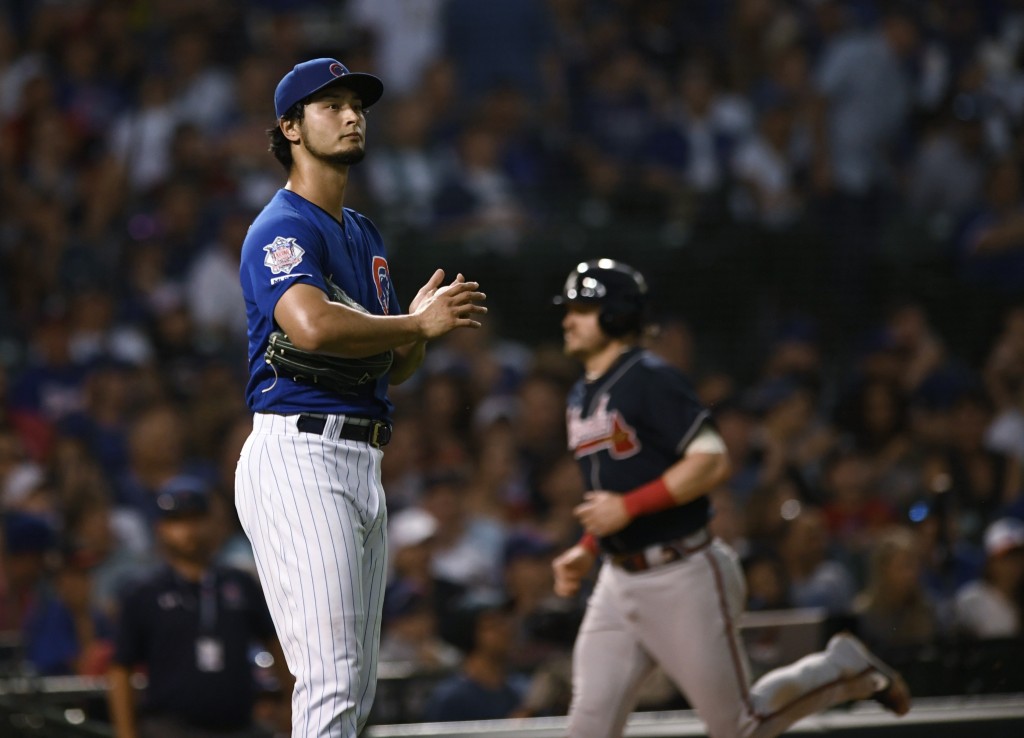 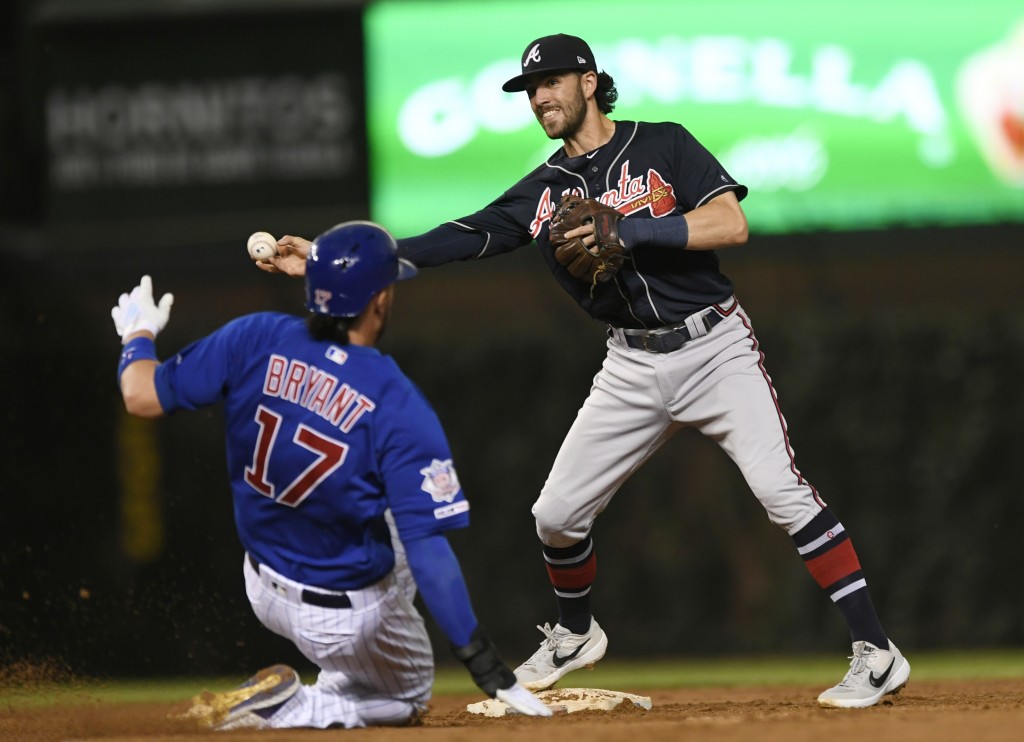 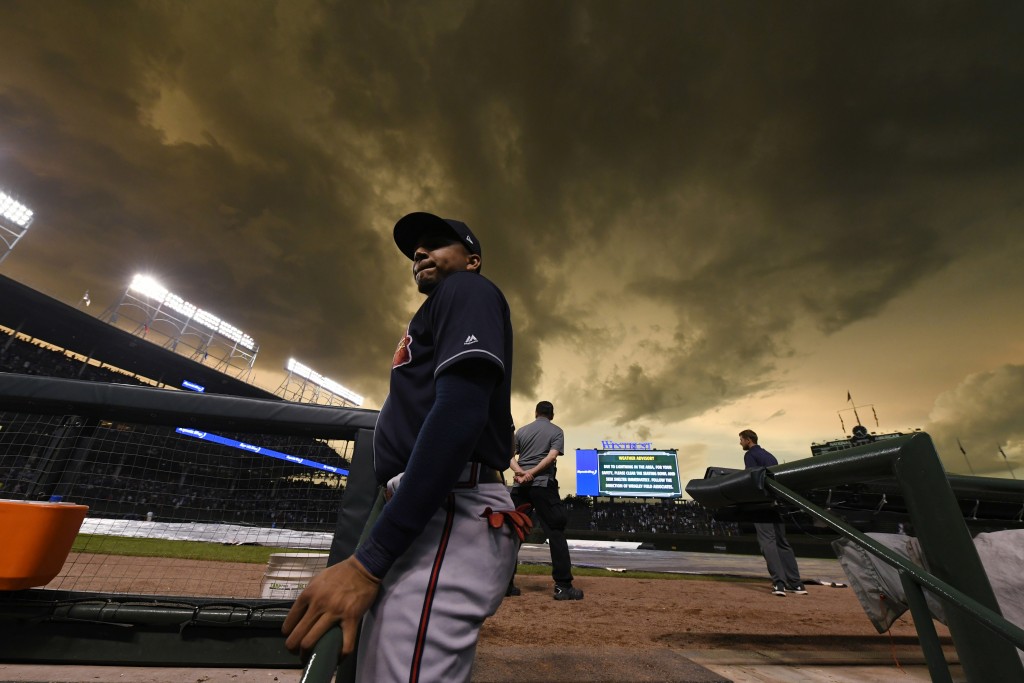 CHICAGO (AP) — Dallas Keuchel earned his first win for the Atlanta Braves and Nick Markakis hit a three-run homer Wednesday night in a 5-3 victory over the Chicago Cubs.

Brian McCann also connected for the Braves, who won a matchup of NL division leaders for the second straight night.

Keuchel (1-1) allowed three runs and eight hits over 5 2/3 innings in his second start with Atlanta. He remained in the game following a 48-minute rain delay in the fourth.

The left-hander gave up four runs, three earned, over five innings in a loss last Friday at Washington. After a long wait in free agency, the 2015 AL Cy Young Award winner signed a one-year contract with Atlanta on June 7 that pays him $13 million.

Four relievers combined to get the final 10 outs and hold the Cubs scoreless. A.J. Minter went 1 1/3 innings for his fourth save.

Willson Contreras homered and tripled, and Kris Bryant also connected for the Cubs.

Chicago starter Yu Darvish (2-4) had his string of 10 straight no-decisions snapped with the loss. He allowed five runs on five hits in five innings, walking two and striking out eight. He retired the last eight batters he faced after giving up Markakis' three-run drive with one out in the third.

Atlanta jumped on top 1-0 with a manufactured run in the first. Ronald Acuña Jr. led off with a walk, stole second and advanced to third on a throwing error by Contreras. One out later, Acuña scored on Darvish's wild pitch.

McCann made it 2-0 on a long shot off the scoreboard in right in the second, and Markakis' homer extended the lead to 5-0.

Contreras and Bryant hit solo shots in the fourth and fifth, respectively, to make it 5-2. In the sixth, Contreras tripled with one out and scored on a groundout by Jason Heyward.

Craig Kimbrel has completed his minor league assignment and traveled to Chicago on Wednesday. The veteran closer might be activated prior to the finale of the four-game series Thursday afternoon.

The Cubs finalized a three-year, $43 million contract with the 31-year-old on June 7.

Kimbrel pitched in four games for Triple-A Iowa, allowing one run and two hits in 3 2/3 innings. He worked a clean ninth with two strikeouts on Tuesday in Iowa's 5-1 win over Omaha and threw 16 pitches.

Braves: RHP Mike Soroka (8-1, 2.07 ERA) is expected to make his scheduled start Friday in New York against the Mets. He left his outing Sunday against Washington after being hit on the right arm.

The Braves will recall RHP Bryse Wilson (0-0, 8.31 ERA) from Triple-A Gwinnett to start against Cubs RHP Tyler Chatwood (3-1, 3.69) on Thursday. The 21-year-old Wilson lasted just 3 1/3 innings in his last start in the majors at Philadelphia on March 30, giving up four runs and five hits. Chatwood allowed three runs (two earned) and six hits in four innings against the Mets last Thursday.