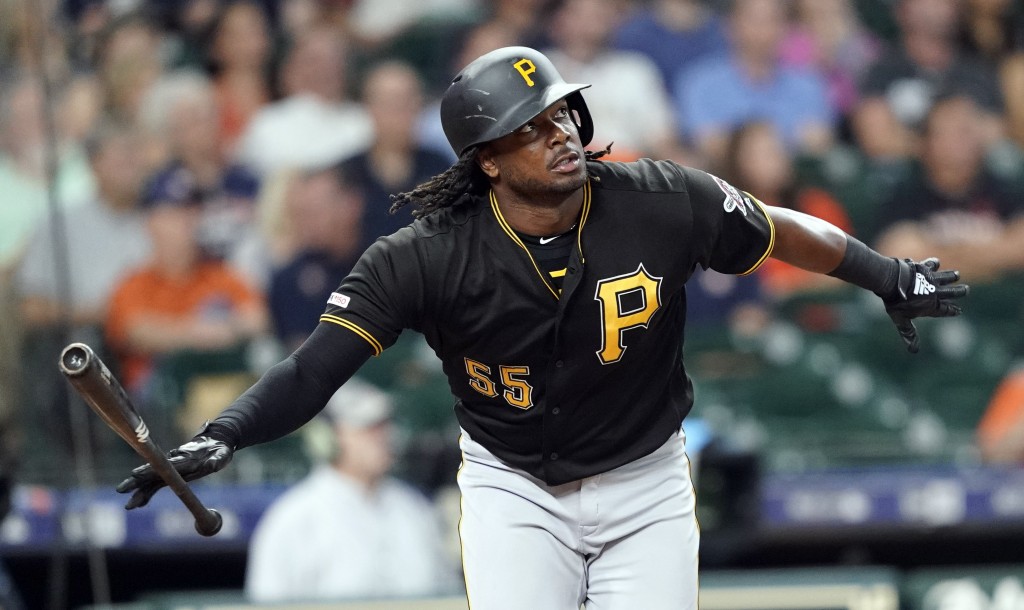 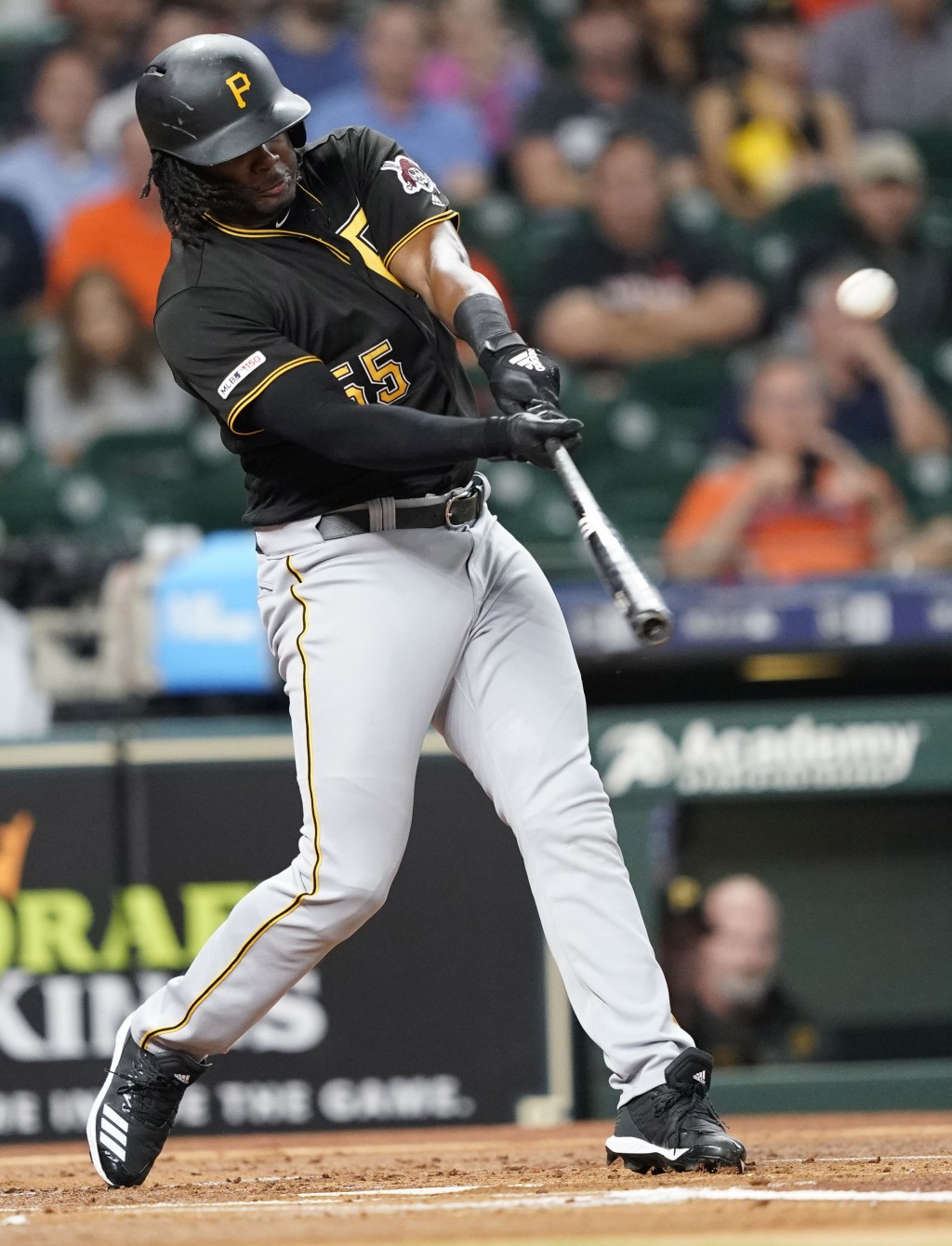 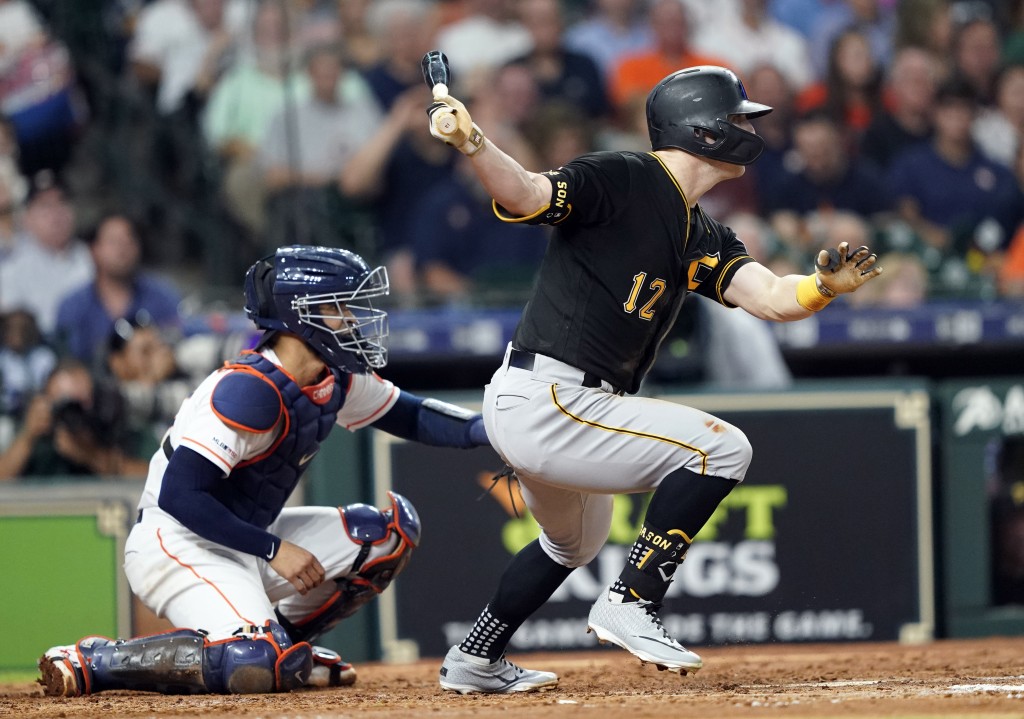 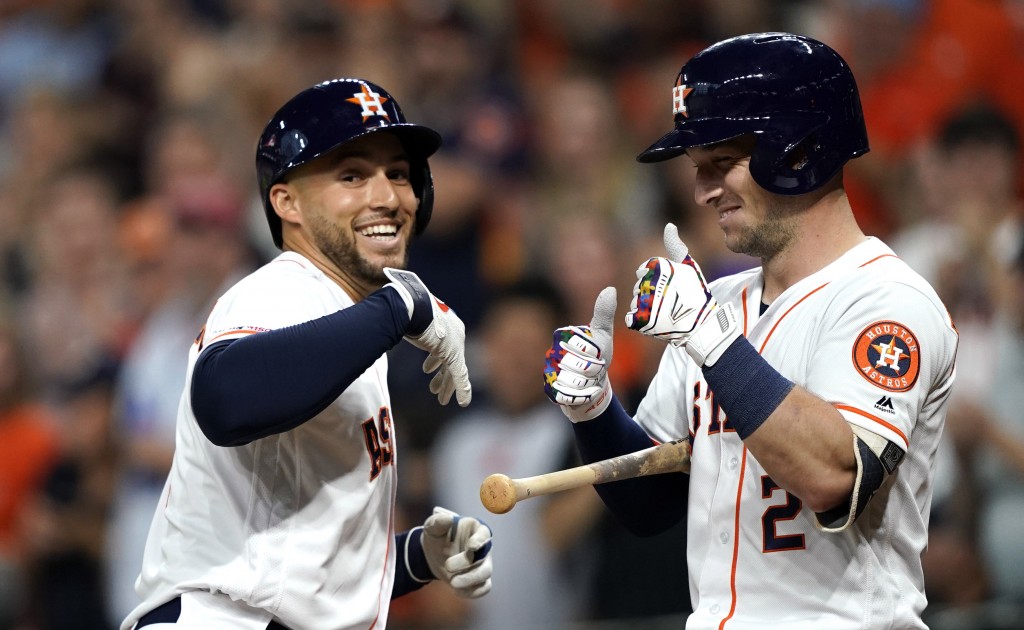 Bell connected off rookie Framber Valdez (3-4) for a two-run shot in the first inning and the Pirates added two runs each in the second and third to build a 6-1 lead and cruise to their fifth victory in six games. Pittsburgh led 8-2 entering the ninth before tacking on six runs when Houston manager AJ Hinch sent first baseman Tyler White to the mound with his team way behind.

Agrazal (1-0), called up from Triple-A Indianapolis before the game, yielded five hits and one run in his second career start.

Jung Ho Kang added a two-run homer for Pittsburgh. Kevin Newman had four hits, capped by a two-run homer, to extend his hitting streak to a career-high 16 games — longest in the majors.

George Springer had three hits, including a leadoff homer in his second game back from the injured list. But the AL West-leading Astros failed to generate much offense besides that as they lost for the eighth time in 10 games.

Valdez had a second straight tough outing, getting tagged for eight hits and six runs — both career highs — in just three innings. The performance came after he gave up four hits and five runs in 3 1/3 innings of a loss to the Yankees last time out.

Newman hit a leadoff single but was erased when Melky Cabrera grounded into a force out. Bell gave Pittsburgh the early lead with his two-out, two-strike home run to the second deck in right field.

Springer got Houston within one when he opened the bottom of the inning with his sixth leadoff homer this season.

The Pirates padded the lead in the second when Elias Díaz doubled with no outs and scored on a double by Dickerson. Newman singled with two outs to score Dickerson and make it 4-1.

Pittsburgh extended its advantage to 6-1 with two outs in the third on a two-run single by Dickerson.

Chris Devenski took over for the fourth inning and retired the first six batters he faced before Dickerson led off the sixth with another double. Kang's sixth homer of the season came next to put the Pirates up 8-1.

White, pitching for the fourth time this season, allowed a three-run homer to straightaway center field by José Osuna that made it 11-2. Pittsburgh added a run on a sacrifice fly before Newman's homer with two outs pushed it to 14-2.

There were runners at first and second with two outs when White was lifted for backup catcher Max Stassi, who retired Bell on a fly ball to end the inning in his first career pitching appearance.

Pirates: RHP Jameson Taillon, who hasn't been throwing since going on the injured list in early May, is expected to play catch this weekend. Taillon, who has a flexor strain in his right elbow, was the team's opening day starter.

Pirates: RHP Joe Musgrove (5-7, 4.57 ERA) will pitch for Pittsburgh when the series wraps up Thursday. Musgrove, traded to the Pirates in the deal that brought Gerrit Cole to Houston, picked up the win for the Astros in relief in Game 5 of the 2017 World Series.

Astros: RHP Brad Peacock (6-5, 3.62) is scheduled to start Thursday. Peacock allowed two runs and struck out 11 over six innings in his last start but took the loss in a 4-1 defeat against the Yankees.