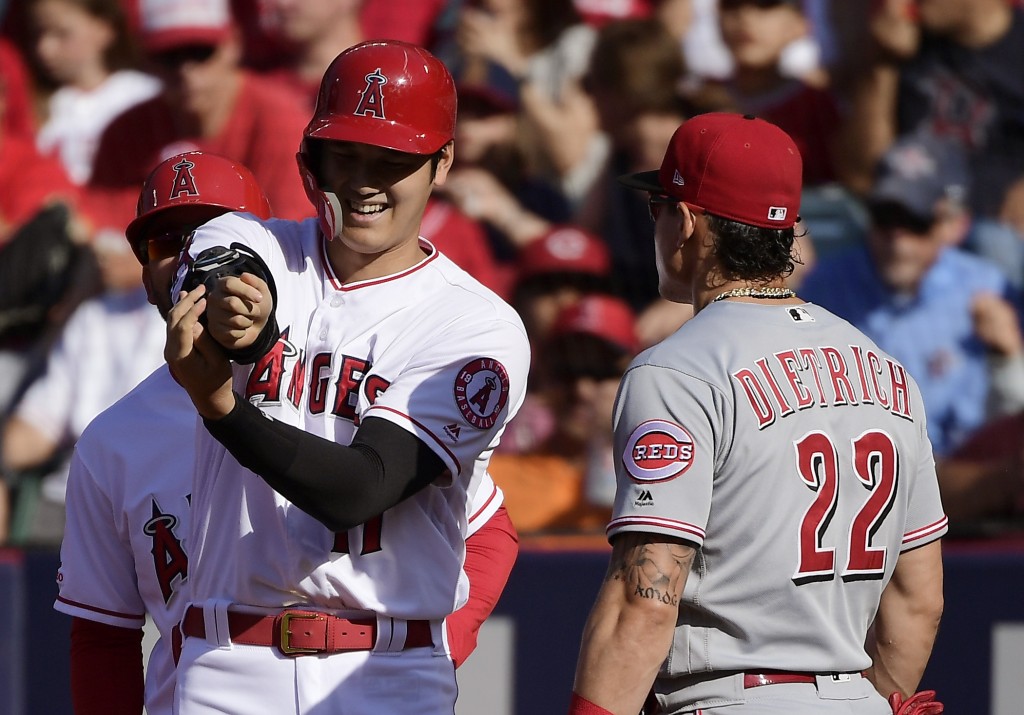 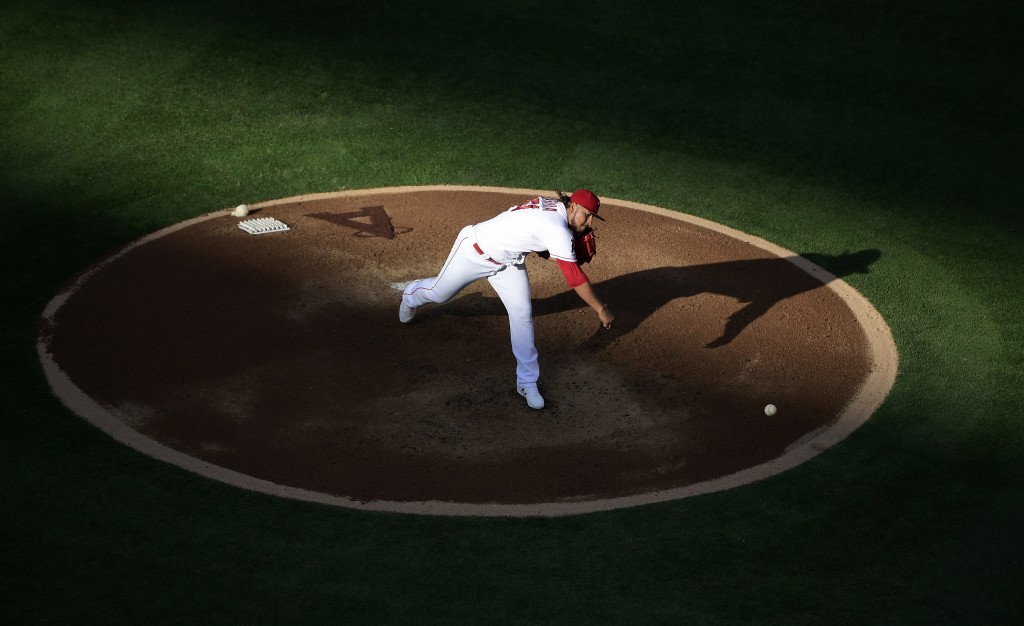 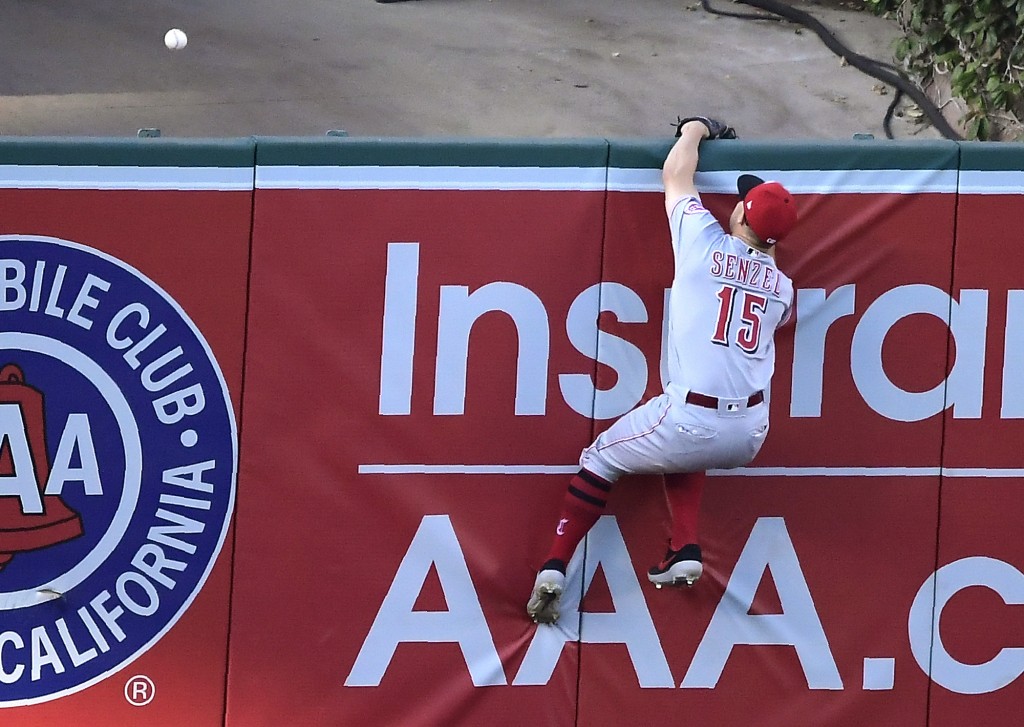 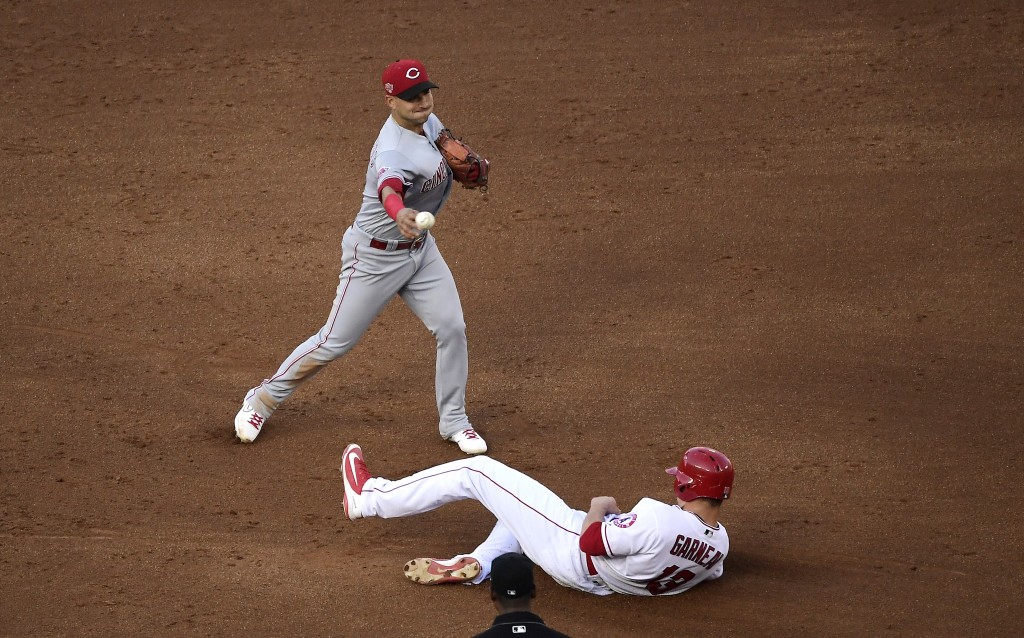 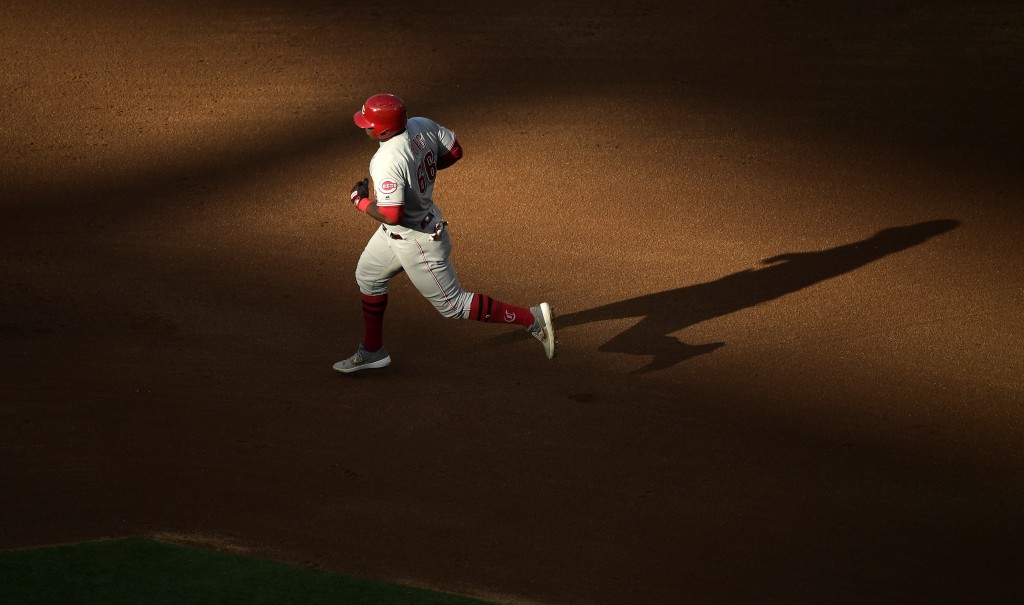 ANAHEIM, Calif. (AP) — Justin Bour hit two homers, Mike Trout scored the tiebreaking run in the eighth inning and the Los Angeles Angels got back above .500 with a 5-1 victory over the Cincinnati Reds on Wednesday night.

Shohei Ohtani went 3 for 3 with a walk for the Angels (41-40), who hit the halfway point of their season with six wins in nine games after this two-game interleague sweep.

Trout walked leading off the eighth and advanced on a wild pickoff throw by Raisel Iglesias (1-7). After Ohtani singled Trout to third, Cincinnati got two outs before David Fletcher hit a deep grounder to shortstop Jose Iglesias, who couldn't get off a throw while Trout scampered home.

Bour followed with an impressive three-run homer, adding it to his solo shot in the fifth for his first multihomer game since joining the Angels.

Yasiel Puig homered in the fifth for the Reds, who lost four straight to close out their six-game road trip. Cincinnati scored two runs in 18 innings at the Big A.

Roark allowed four hits and pitched into the sixth inning for the Reds, striking out six in his first career appearance at the Big A.

Barria tossed five innings of three-hit ball for the Angels, striking out six in a strong fill-in start.

The Reds hadn't hit a ball hard against Barria until Puig led off the fifth with a line-drive homer to right, his 17th of the season. The longtime Dodgers outfielder was ejected from Tuesday's game for arguing with plate umpire Kerwin Danley.

Bour then led off the Angels half with his seventh homer of the season and third since returning from a demotion to the minors.

Reds: C Tucker Barnhart was in the initial starting lineup, but was scratched about two hours before the first pitch due to soreness in his right side. He hadn't played since Saturday.

Angels: Four hours before the game started, Ohtani threw off a mound for the first time since undergoing Tommy John surgery Oct. 1. The two-way star threw 40 pitches and made 70 additional throws on flat ground. He won't pitch until next season, but his recovery is proceeding smoothly. ... Trevor Cahill was reinstated from the injured list. The $9 million starter will come out of the bullpen for now, and he pitched two innings of two-hit ball in relief of Barria.

Reds: After an off day, Sonny Gray (3-5, 4.03 ERA) is back on the mound in Cincinnati on Friday for a series opener against the Chicago Cubs.

Angels: Rookie right-hander Griffin Canning (2-4, 3.88 ERA) takes the mound when they open a four-game home series with the Oakland Athletics and Tanner Anderson (0-2, 4.20).