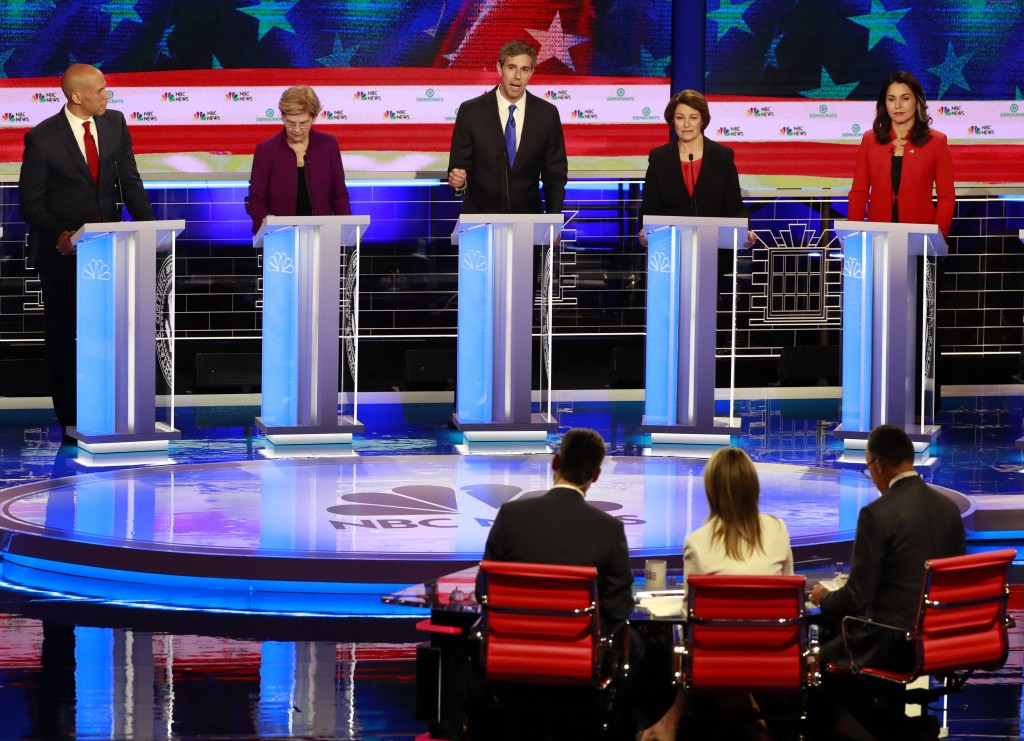 NEW YORK (AP) — NBC's coverage of the first Democratic debate of the 2020 campaign season has been interrupted by a technical snafu that forced the network to go into a lengthy commercial break.

At the top of the debate's second hour, NBC appeared not to have switched off the microphones of its previous moderators when Rachel Maddow and Chuck Todd took the stage. The crosstalk made it difficult for viewers and presidential candidates to understand what was going on.

The problem was corrected after the commercial, and the NBC moderators returned to trying to keep control of the debate with 10 candidates eager to talk.

President Donald Trump tweeted that NBC News "should be ashamed of themselves for having such a horrible technical breakdown in the middle of the debate."