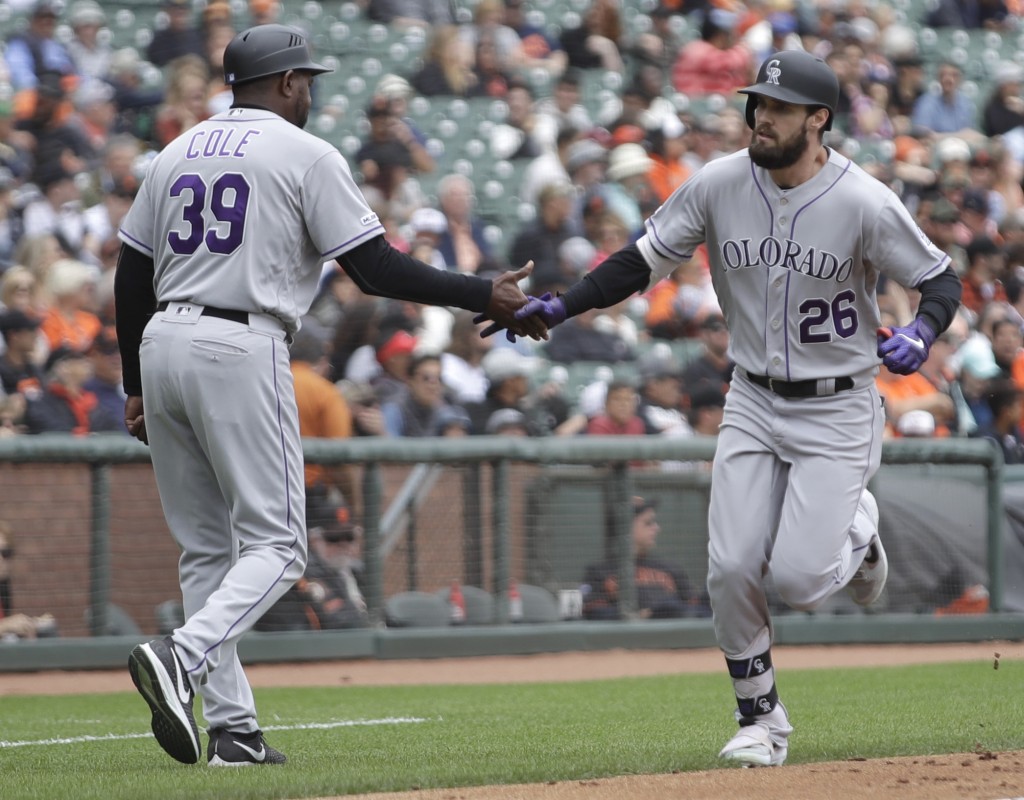 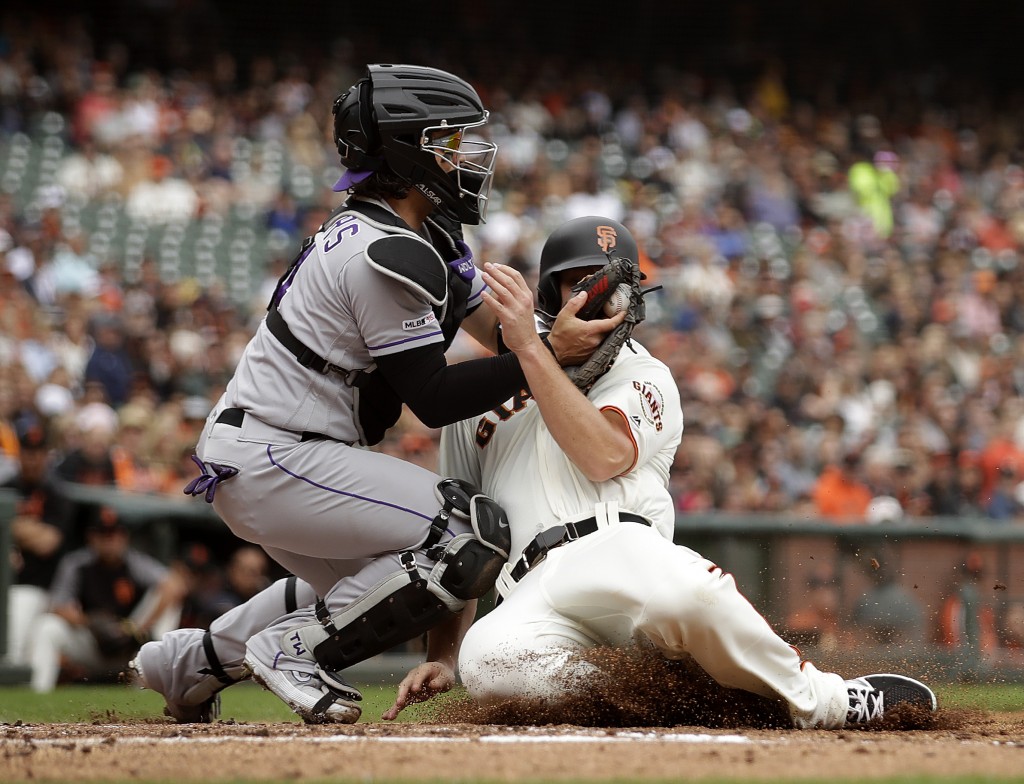 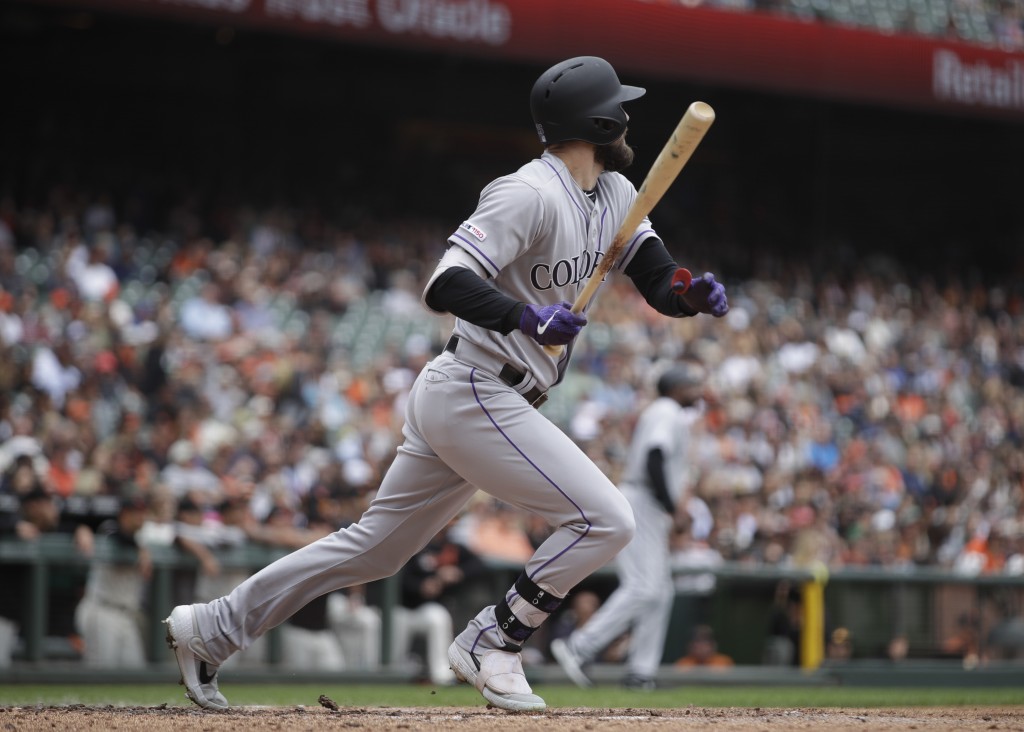 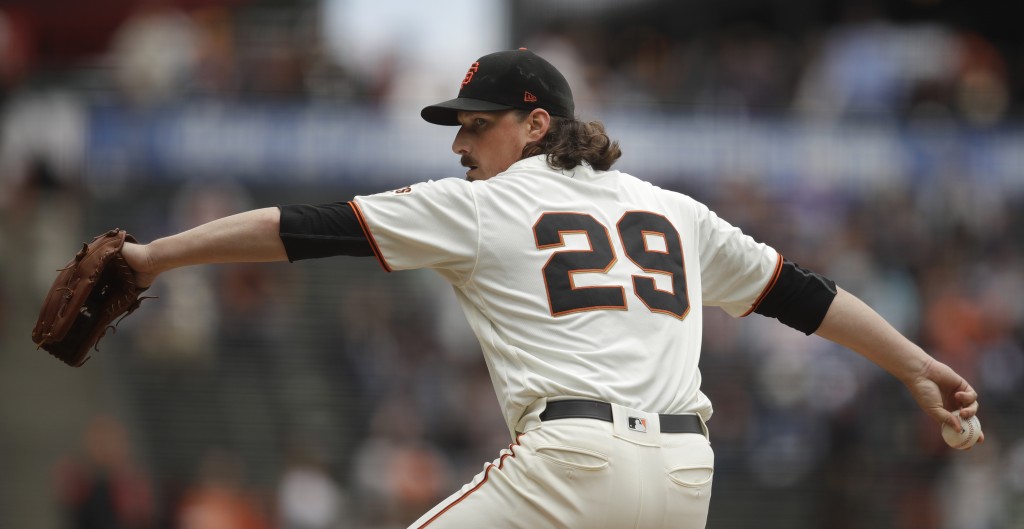 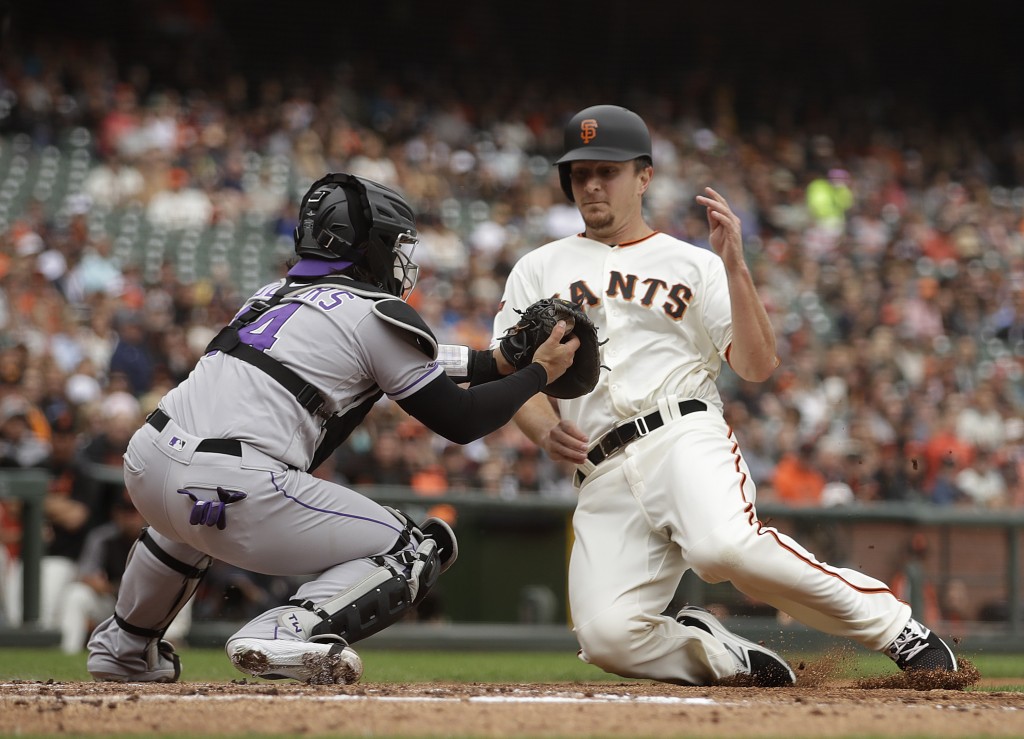 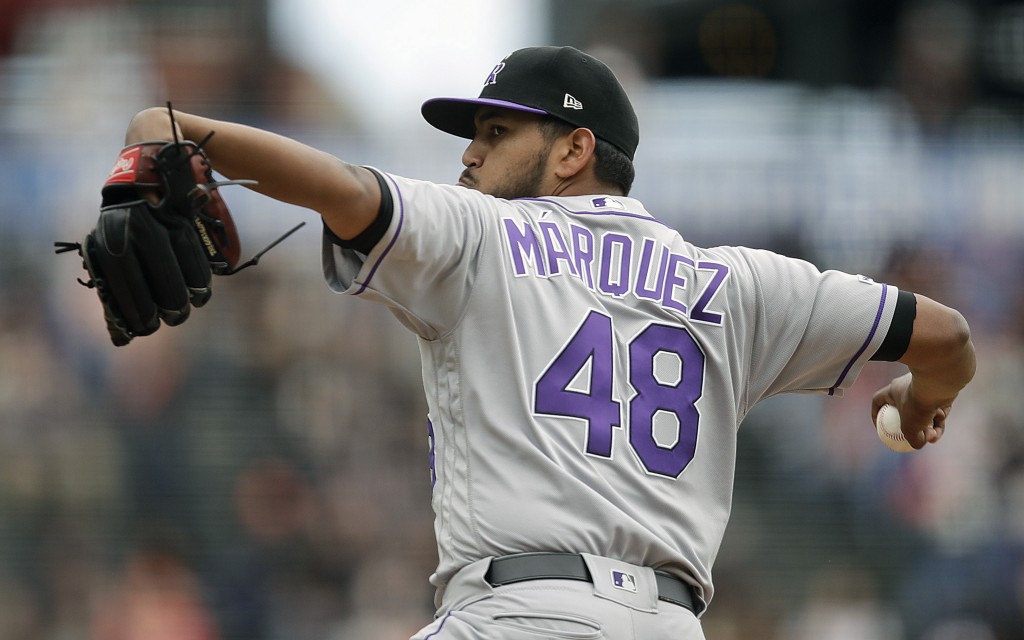 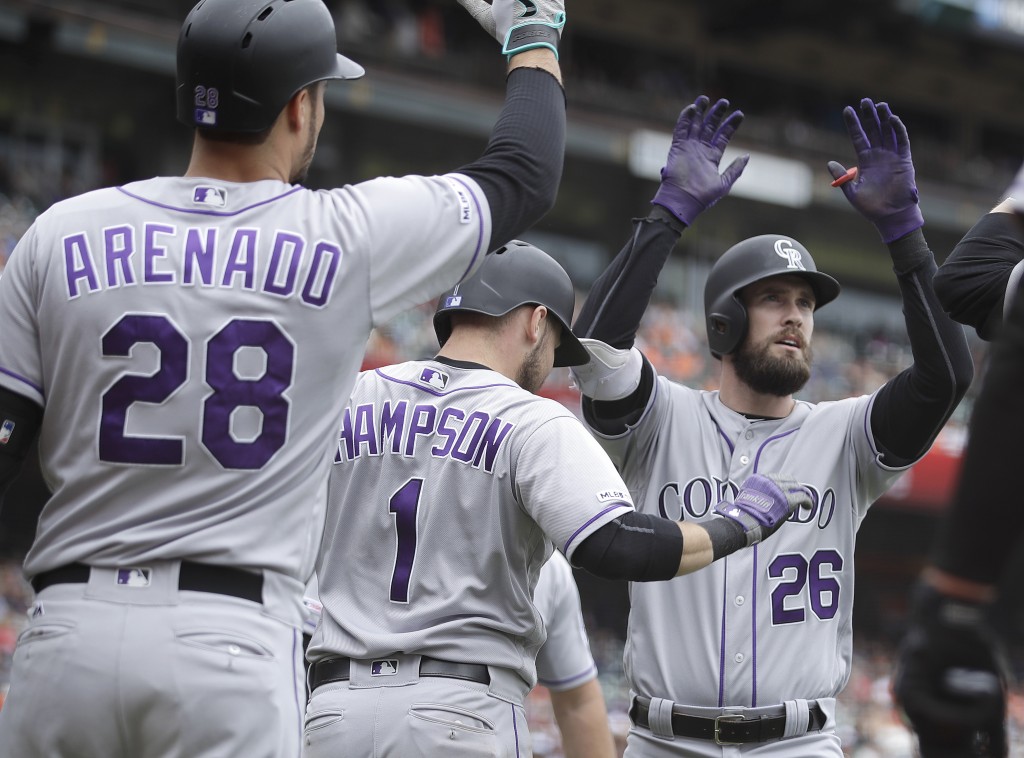 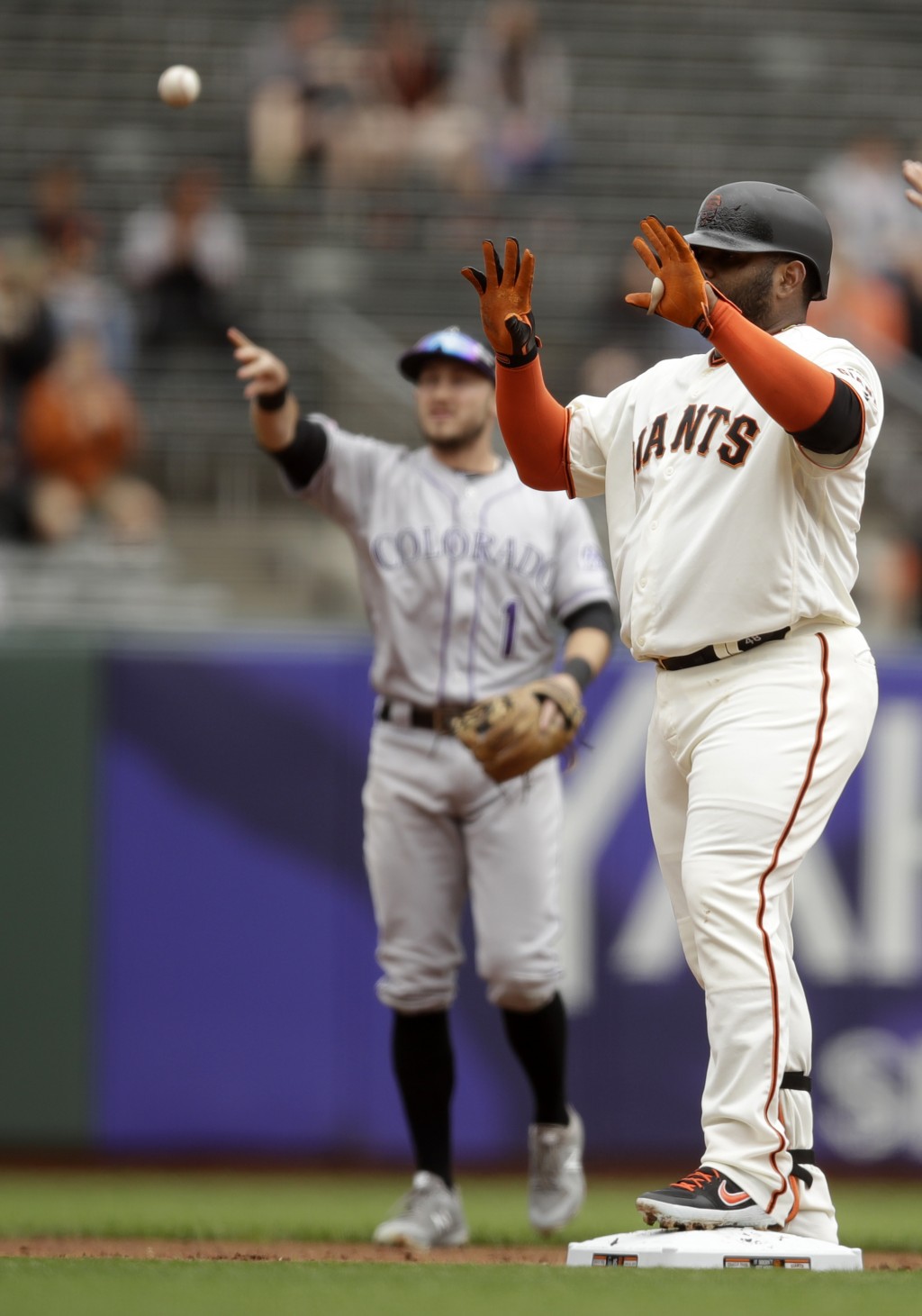 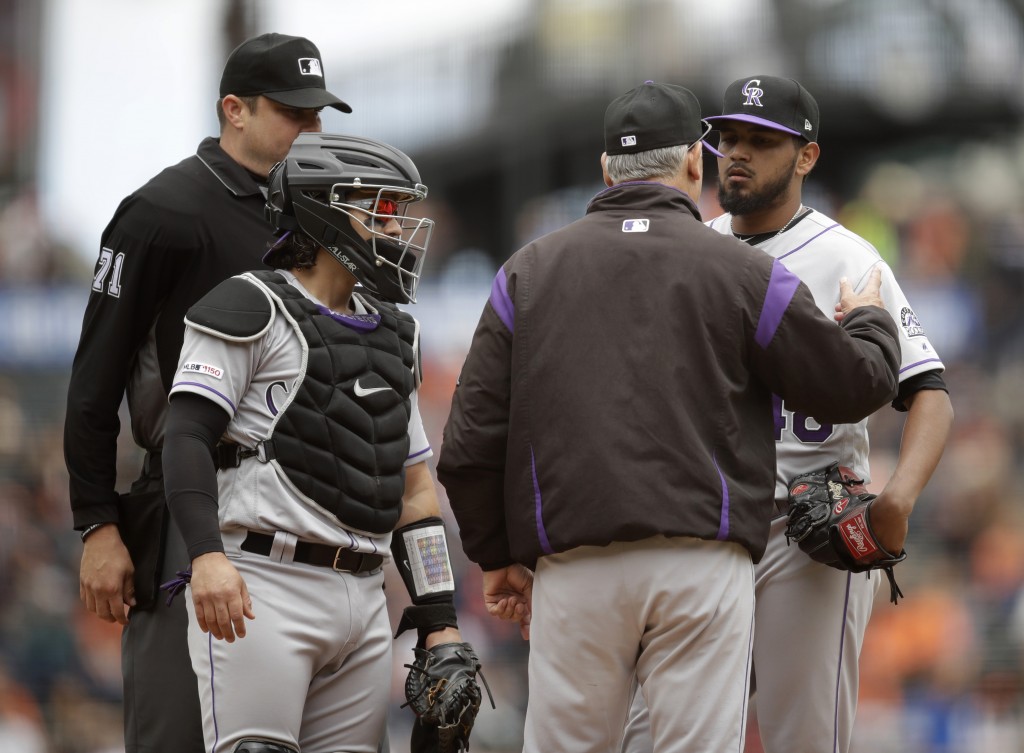 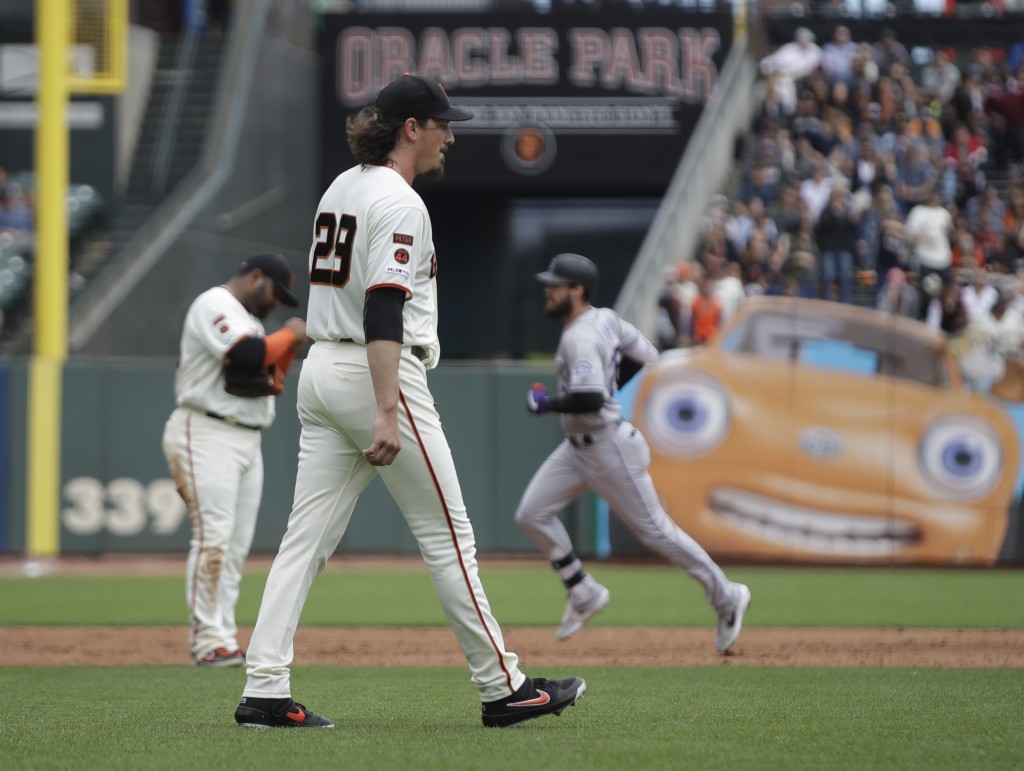 SAN FRANCISCO (AP) — David Dahl hit a go-ahead grand slam in the third and drove in a career-high five runs, leading the Colorado Rockies past the San Francisco Giants 6-3 on Wednesday.

Dahl connected off Jeff Samardzija for his second career grand slam, with the other coming last Sept. 10 against Arizona. It marked the first grand slam ever hit by a Rockies player in San Francisco.

Dahl added an RBI single in the seventh. He had a two-run shot in the series opener.

The big swing in the series finale backed German Márquez (8-3), who immediately surrendered Pablo Sandoval's homer the next inning but won his second straight decision.

Márquez, who tossed a one-hitter at San Francisco on April 14, allowed three runs and seven hits, struck out two and walked two over five innings. Wade Davis finished for his 11th save in 13 opportunities.

Colorado loaded the bases in the third after Tony Wolters drew a leadoff walk, Márquez advanced him with a sacrifice, Garrett Hampson singled then Charlie Blackmon walked to bring up Dahl.

Wolters added a sacrifice fly in the fourth for a key insurance run.

Samardzija (4-7), who pitched seven scoreless innings at home against the Rockies in April, was tagged for five runs and three hits in five innings.

He struck out six after lefties Drew Pomeranz and Madison Bumgarner each struck out 11 batters the previous two games.

The Giants went ahead in the bottom of the first — just San Francisco's 20th and 21st runs in the initial inning all year — on Sandoval's double. It came after Mike Yastrzemski reached on an error by Márquez when the pitcher missed the catch covering first base.

San Francisco hadn't scored more than one run in the first inning since June 1 against the Orioles.

Giants: C Buster Posey grounded into a game-ending double play. He had been off most of the day following a night game and Stephen Vogt doubled among his two hits making the start in Posey's place. Posey had right hip surgery in late August last year and the Giants are taking a cautious approach to not overuse him. ... Sandoval played 3B in place of resting Evan Longoria, 7 for 38 (.184) over his past 12 games.

Giants first baseman Brandon Belt led off for a second straight day and third time ever.

Broncos coach and former 49ers defensive coordinator Vic Fangio spent some time in the Rockies clubhouse before the series finale to visit with manager Bud Black and his staff.

Black said before the game Chi Chi Gonzalez (0-1), who took the loss Tuesday night in his first major league appearance since 2016, would make another start Sunday facing the Dodgers.

RHP Peter Lambert (2-0, 5.85 ERA) pitches for a second straight start against the Dodgers as the Rockies return home for a four-game series against the Los Angeles, which won three straight home games facing Colorado last weekend in walkoff fashion.

RHP Tyler Beede (1-2, 6.96) takes the mound for the series opener Thursday against Arizona with the Giants going 5-1 in his starts this year. He made his major league debut vs. the Diamondbacks last season on April 10, 2018.