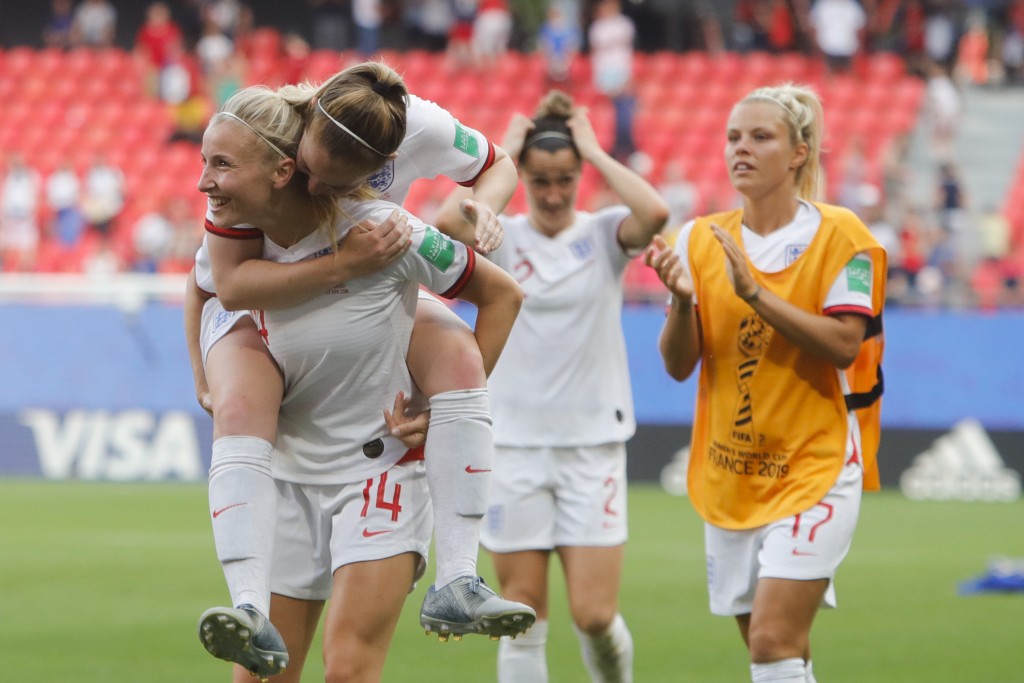 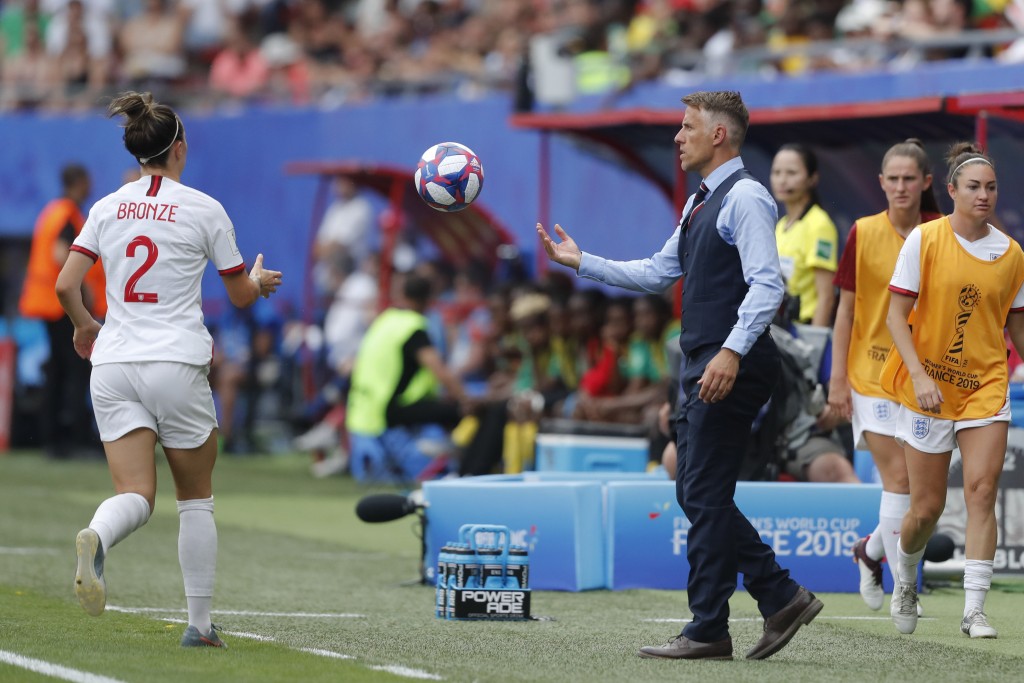 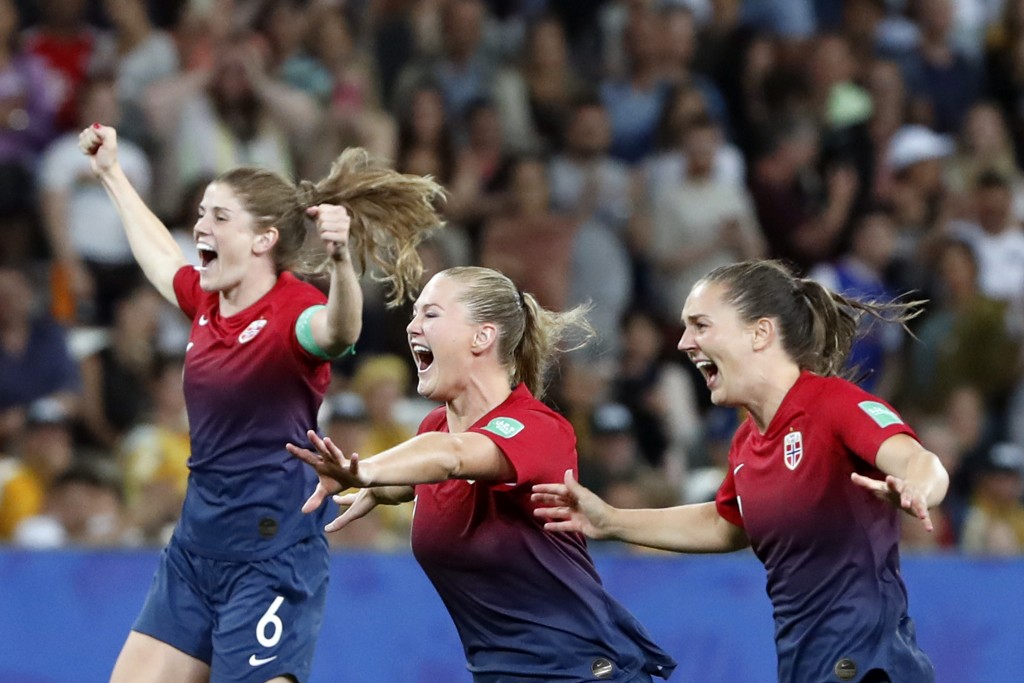 Unlike the former Manchester United and England player's wife, Julie.

"She worries like mad, prays, lights candles," he said. "She is struggling with the games."

Neville isn't focused on the prospect of falling short Thursday night against Norway, a team ranked nine places lower than No. 3 England, which has had three clean sheets in its four games in the Women's World Cup.

A semifinal is the least expected of this team, which reached that stage at the last World Cup and 2017 European Championship under Mark Sampson.

But Neville's preparations for the Norway game have been disrupted by a blow that could deny him England's first-choice central defensive partnership.

Houghton's injury was known, an ankle problem sustained in a tackle during a fiery and rough 3-0 round of 16 victory over Cameroon. But she was seen in training Wednesday.

Bright's problem was unknown until Neville revealed it in the northwest France port city of Le Havre.

"Millie has a virus that's going through the camp," Neville said.

"You will pick up bugs along the way," Neville said. "It happens in life. It's a virus. She, more than likely, will be fit but at this moment she's a doubt."

In reserve are Leah Williamson and Abbie McManus.

"I would put my life on Abbie and Leah going in there and doing well, if we call upon them," Neville said.

"You guys have had an obsession with my rotation for 18 months. It's for moments like this that we can just say, 'No problem.' We will bring people in who know the system and the style and it's a seamless transition. You've planned for these moments. I said six months ago we don't want to get to the quarterfinals of the World Cup and throw someone in that we haven't tested or tried and doesn't know our system."

In its five World Cup appearances, England has at least reached the last eight. Norway made it to the semifinals in four of its first five appearances — including winning it all in 1995 — but never got further than the round of 16 in the next two tournaments.

"They've been the surprise team of the tournament because they weren't in the top 10 teams," Neville said. "They have a spirit, togetherness and tactical system that is hard to play against. They look to have a cause."

The first female Ballon d'Or winner stepped away from the team over what she has characterized as the Norwegian federation's lack of respect for the women's team.

"Maybe Ada Hegerberg not coming has given them a cause, to prove they can win without her," Neville said. "That's always a good thing to have, that siege mentality, and they look like they are having fun and smiling."

Norway's only defeat so far in France was to the hosts in the group stage, but it relied on penalties to oust Australia in the round of 16.

Four years ago in Canada, England blocked Norway from making it to the quarterfinals.

"There will be a bit of revenge if we were to win," Norway goalkeeper Ingrid Hjelmseth said. "It was a tough match last time. The English have developed since then so it's going to be a very interesting football match."

The Norway coach is different, too, with Martin Sjögre at the helm despite losing all three games in the Euro 2017 group stage.

"Since Martin and the rest of the team has come in we've had a good philosophy," Hjelmseth said. "We've developed a lot and we're really believing. If you believe what you're doing you develop even more. We have shown the world we can roll the ball in Norway as well."