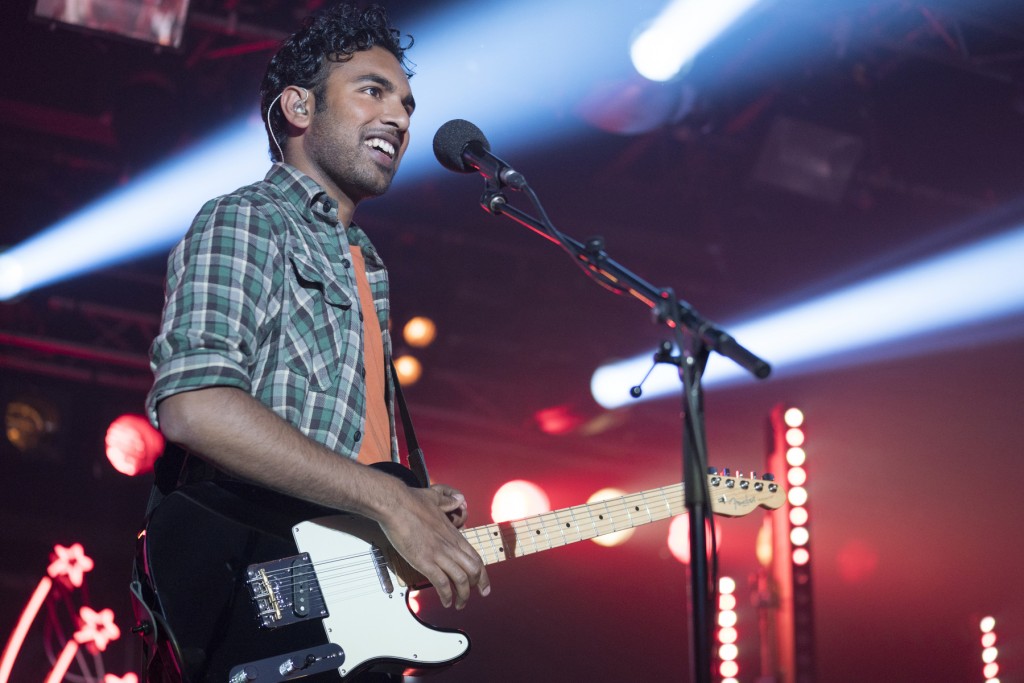 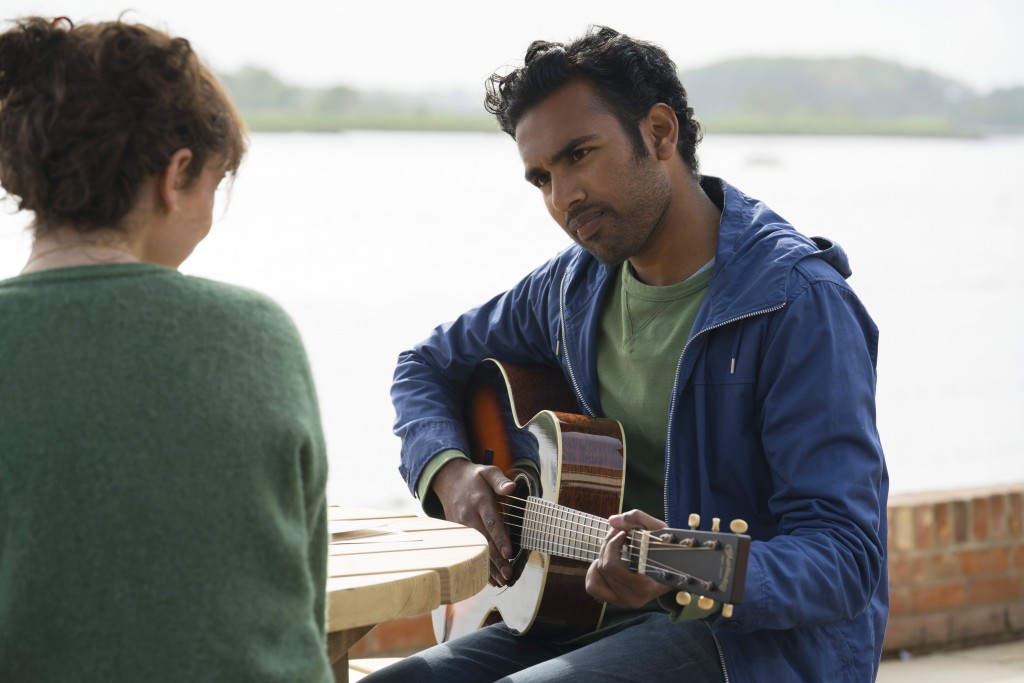 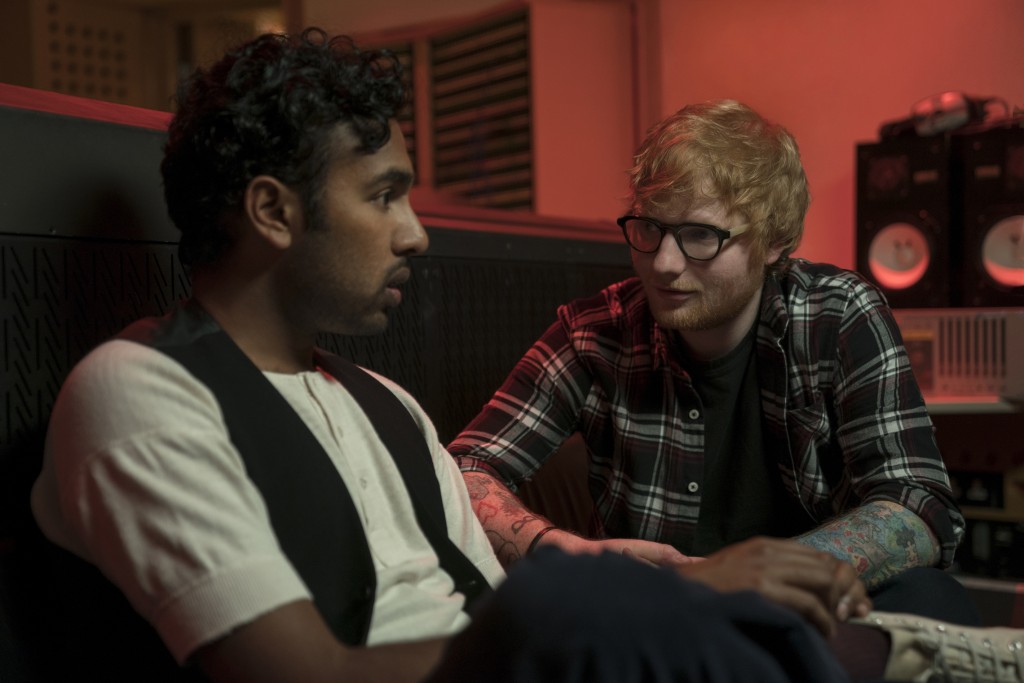 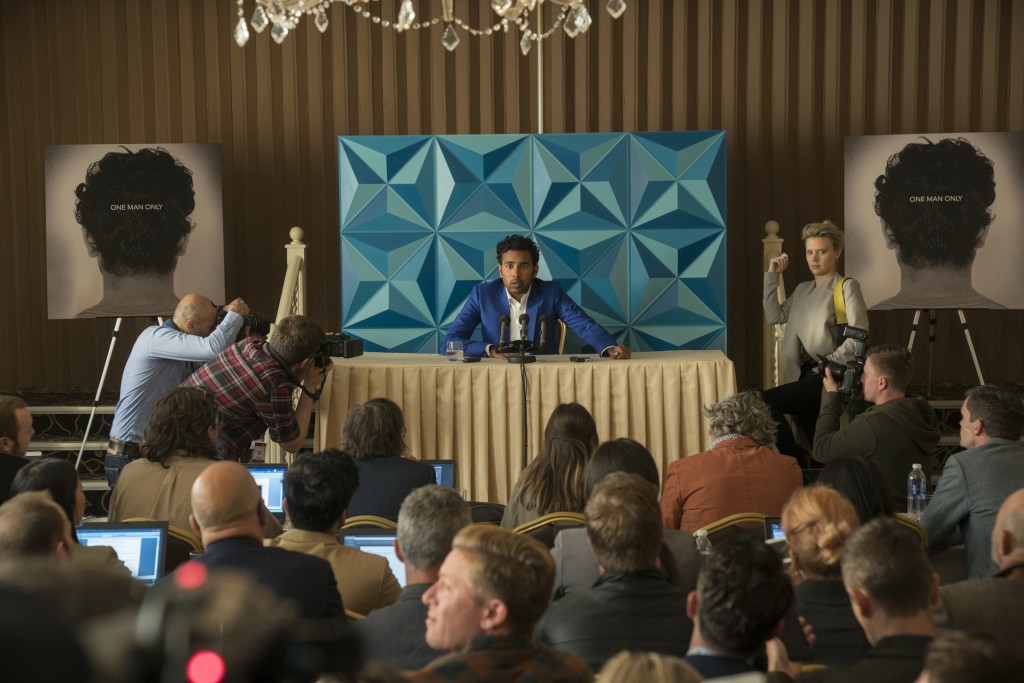 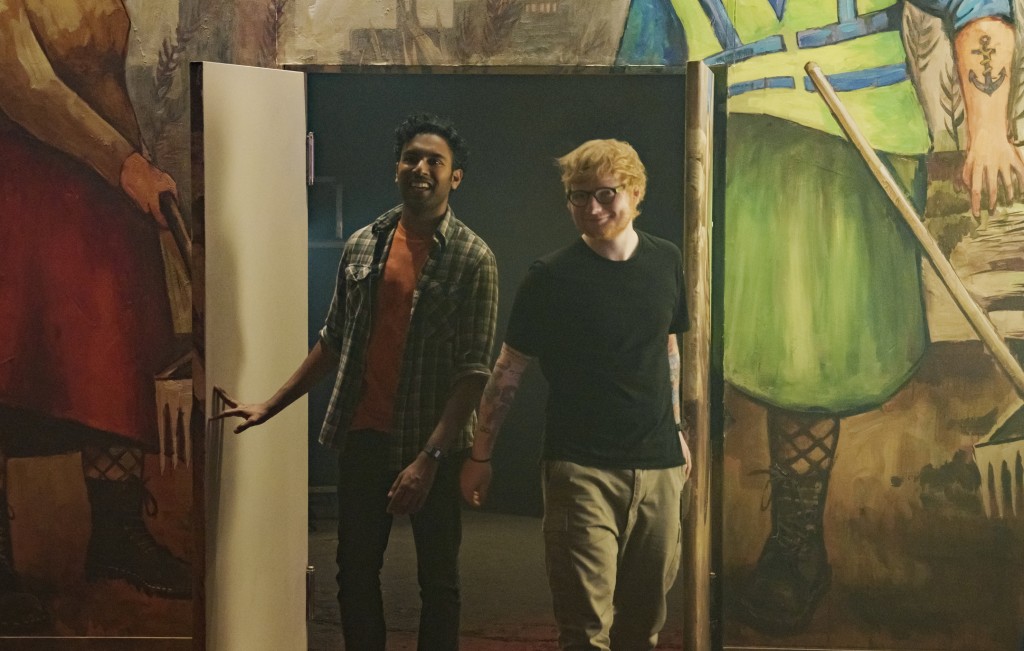 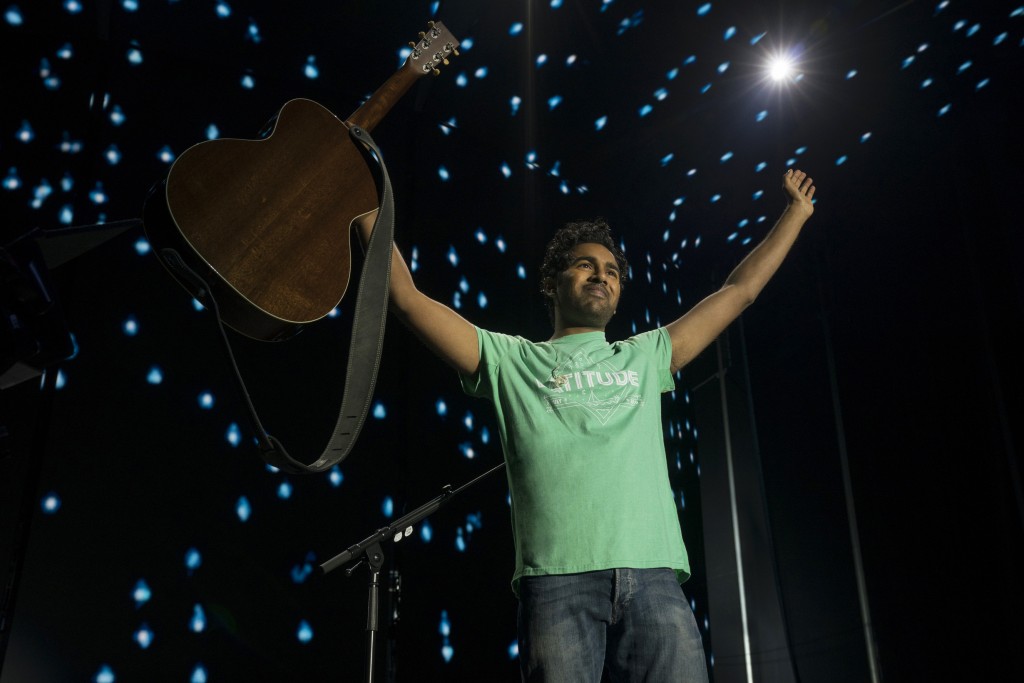 Jack Malik (Himesh Patel) is a soulful if brooding young man, with a very pleasant singing voice. But when we meet him, the fledgling songwriter and supermarket clerk from coastal England feels stuck in the middle of a hard day's night. If he doesn't get any help soon, he'll end up a real nowhere man.

And so, after one more desultory gig attended by just a few lonely people, he tells his childhood friend and volunteer manager, Ellie (Lily James), that it's over: He's hanging up his gently weeping guitar.

But then, something inexplicable happens. On a bike ride home, the street lights go out; Jack collides with a bus. Awakening later in the hospital, he learns from Ellie that the electricity went out — all over the world! — for 12 seconds.

He makes a joke about being 64. Ellie has no idea what he means. Soon, Jack will realize the enormity of what's happened: Nobody remembers The Beatles, except for him. Incredibly, the immense Beatles catalog is all his, to introduce to the world.

This is the tantalizing premise of "Yesterday," directed by Danny Boyle and starring, more than any actor, a slew of classic Beatles tunes. What a great idea, and what questions it raises: Would we love those iconic songs today the way we did the first time? Would they be as appealing in someone else's voice? Would some of the tunes soar, and others flop? Would a post #MeToo world accept, for example, a song by an older man about a 17-year-old girl?

And more broadly, what would popular music even look like in 2019 without a half-century of Beatles influence?

Alas, these questions aren't really explored in "Yesterday," which instead takes its enticing premise, sets it up cleverly, then resorts to a familiar rom-com formula, assuming that what we REALLY want to know is whether the boy will get the girl.

This is perhaps not totally surprising given that the screenplay is by Richard Curtis, a master of frothy (but undeniably enjoyable) fare like "Four Weddings and a Funeral" and "Love Actually."

Curtis obviously knows how to entertain, Boyle is an expert director, and many elements here are charming; there are also winning performances from Patel and the luminous James, as well as a self-knowing turn from Ed Sheeran as himself, and reliably effective comedy from Kate McKinnon.

But for every laugh-out-loud moment in the smartly paced first half, there's a sigh later as to what might have been. And in what will clearly be a divisive moment for audiences, there's a gasp-inducing scene in the final stretch that, for some, will stray way too far from the comfort zone.

The setup, though, is delightful, particularly those early moments as Jack absorbs what has happened to the space-time continuum, or whatever it is (the movie spends no time explaining, which is fine). When, depressed and recovering from his injuries, Jack picks up Ellie's get-well present of a guitar and sings a few bars of "Yesterday," his gobsmacked friend asks: "When did you write that?" No, Jack protests, Paul McCartney wrote it. "Who?" comes the reply.

Jack runs home and Googles The Beatles. He gets the insect. A search for Sgt. Pepper gets him the vegetable. A search for John and Paul? Yup, he gets a pope. Do the Rolling Stones exist? Yes, but still no Beatles. (A few other essential things are missing, too.)

In another funny scene, Jack auditions "Let It Be" for his underwhelmed family, but annoyingly they keep interrupting the song, which his mum insists on calling "Leave It Be."

But then Sheeran hears Jack croon "In My Life" on a radio show. He offers him the chance to open for him in Moscow, where Jack pulls "Back in the USSR" out of his back pocket. He's a hit.

Sheeran is self-deprecatingly funny as a pop star who fast realizes he's Salieri to Jack's Mozart. (He's the guy who will suggest that Jack change "Hey Jude" to "Hey Dude.") He challenges Jack to a 10-minute songwriting contest, only to be destroyed when Jack produces "The Long and Winding Road." The room is mesmerized.

And honestly, so are we. Simply hearing that Beatles classic, and imagining it's the first time, is a thrill. For some moviegoers, that may be enough. Others may feel like they're watching a brilliant "Saturday Night Live" skit that can't quite find its way to an ending.

And so, much energy is spent on whether, and how, Jack will find a way to tell Ellie he loves her. And if he does, will he choose life with her in Suffolk, or a high-profile music career?

No offense to this sweet couple and their future, but it's tough to care as much as the movie wants us to, when there are more interesting things to ponder. As the real "Hey Jude" plays over the closing credits, we're left fascinated but vaguely unsatisfied as we try to imagine what a pop culture landscape untouched by the Beatles would look like.

But what a great song.

"Yesterday," a Universal Studios release, is rated PG-13 by the Motion Picture Association of America "for suggestive content and language." Running time: 116 minutes. Two and a half stars out of four.

MPAA definition of PG-13: Parents strongly cautioned. Some material may be inappropriate for children under 13.