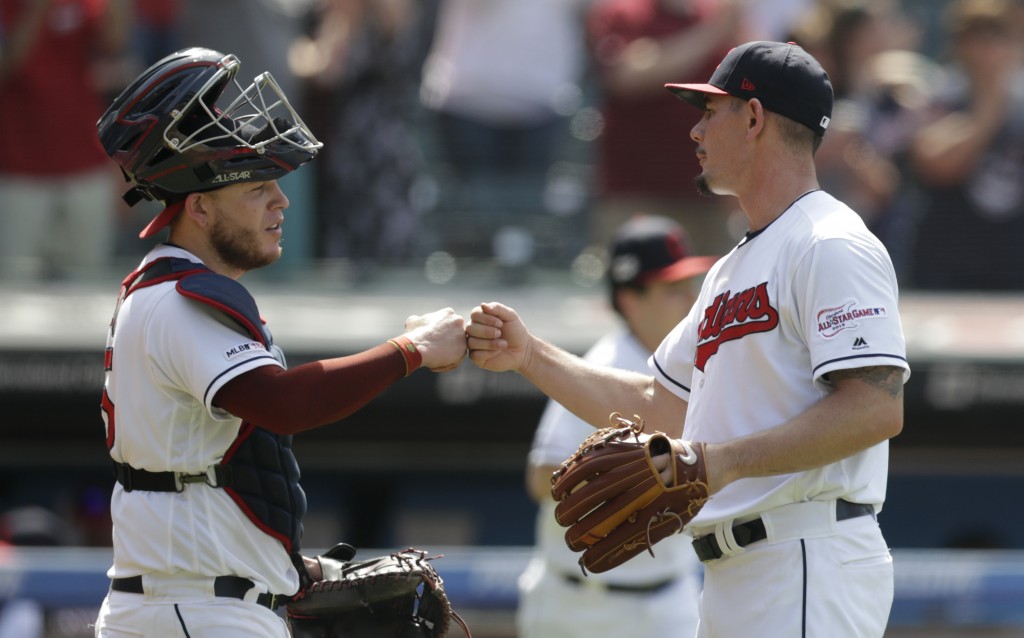 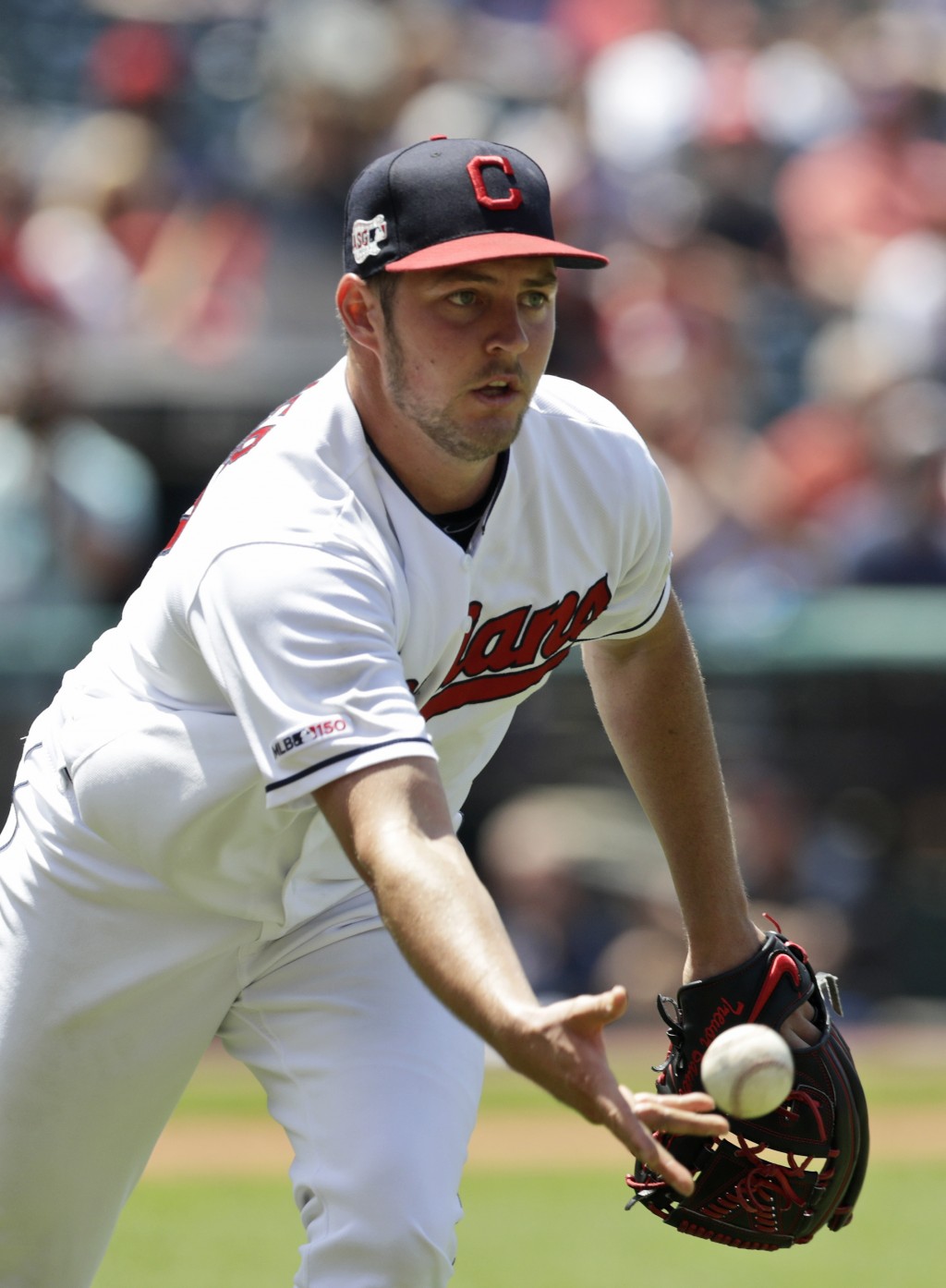 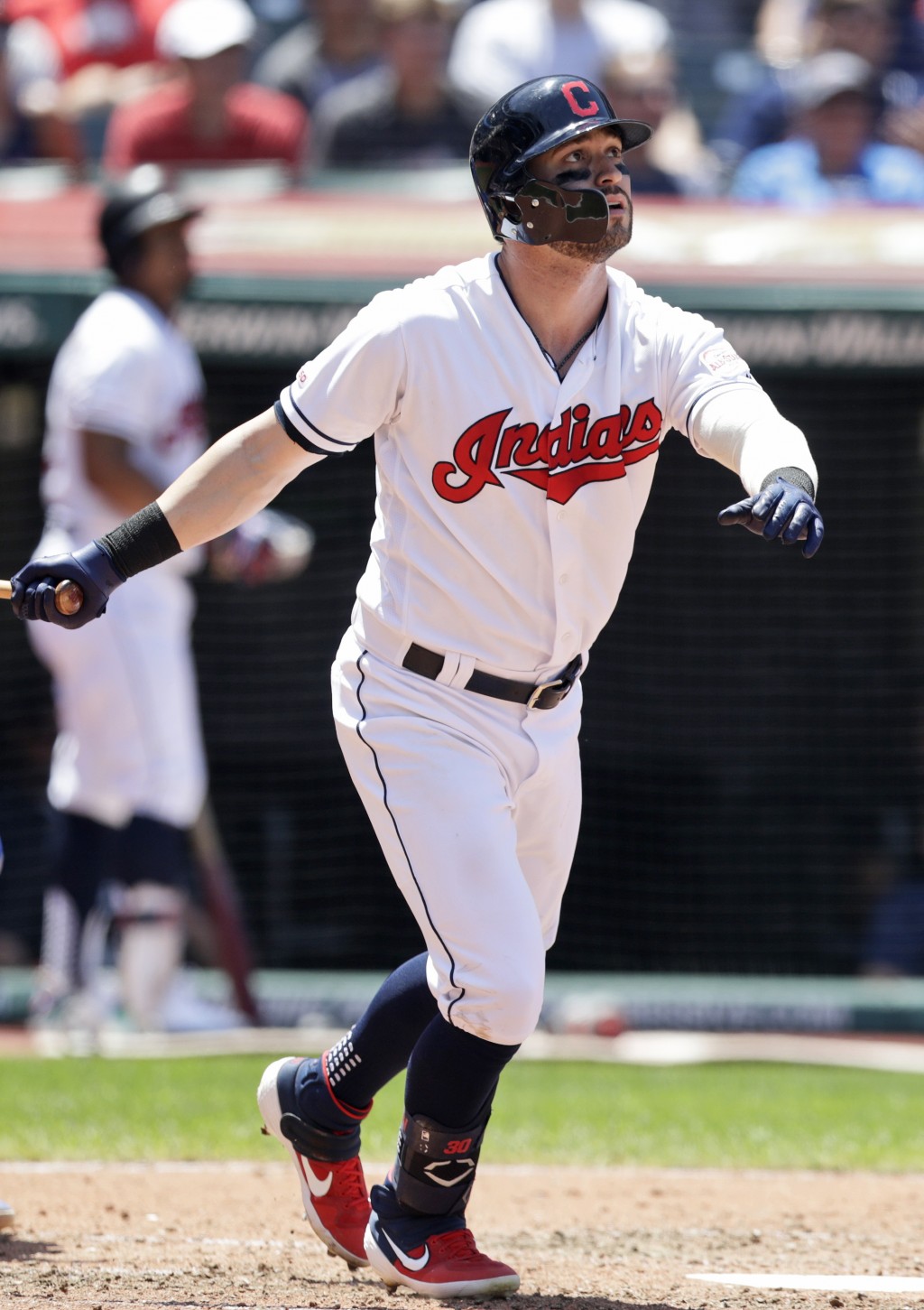 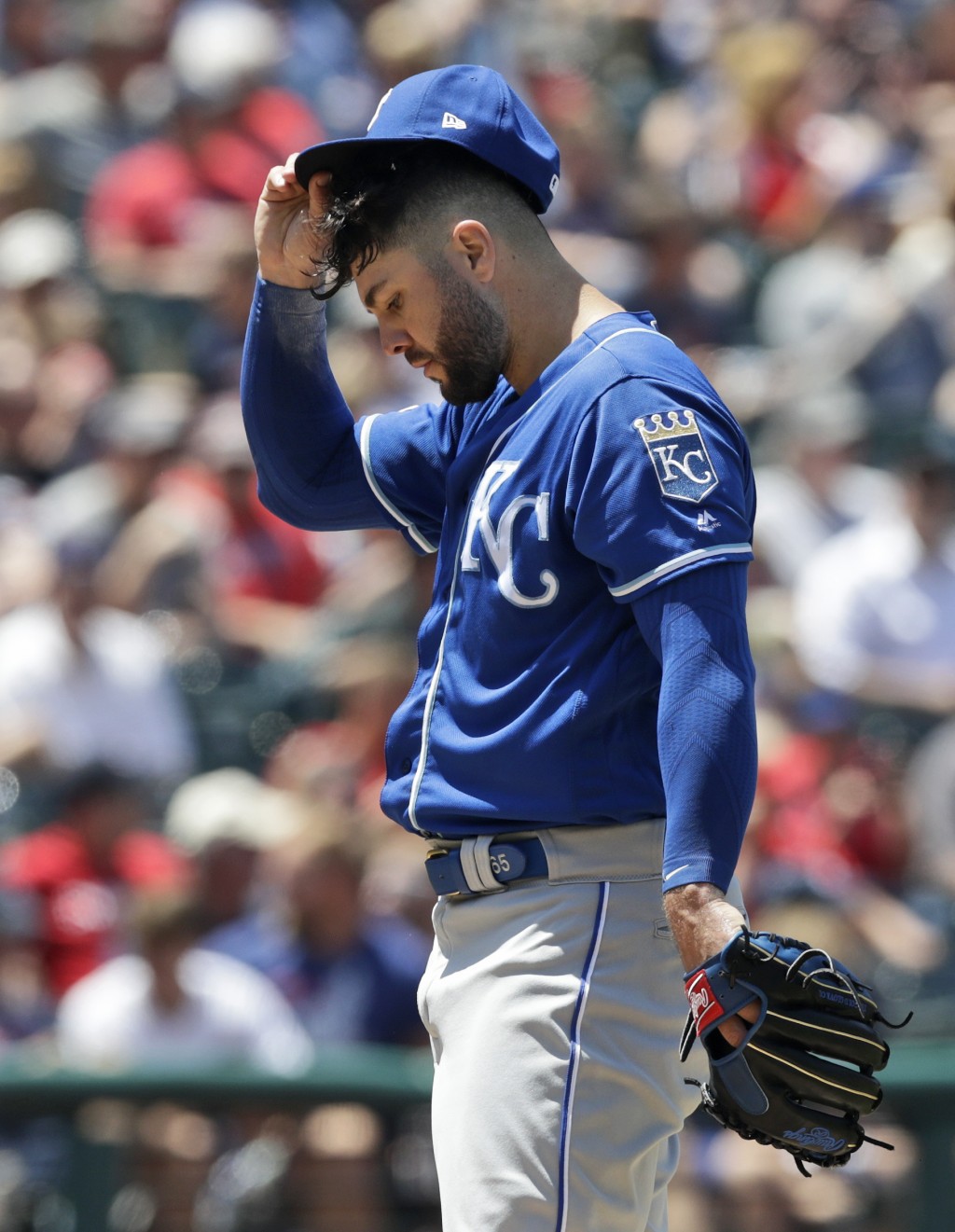 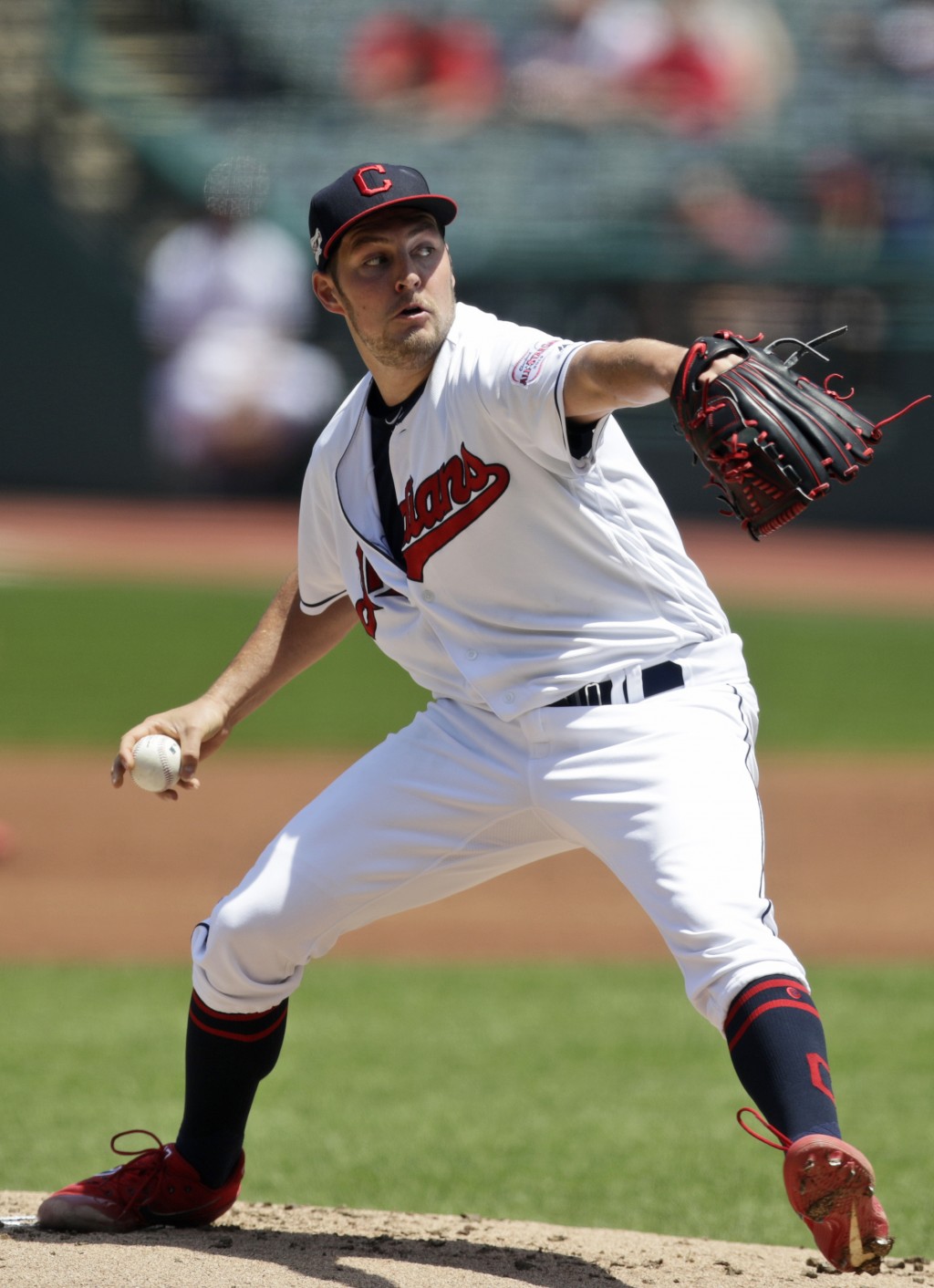 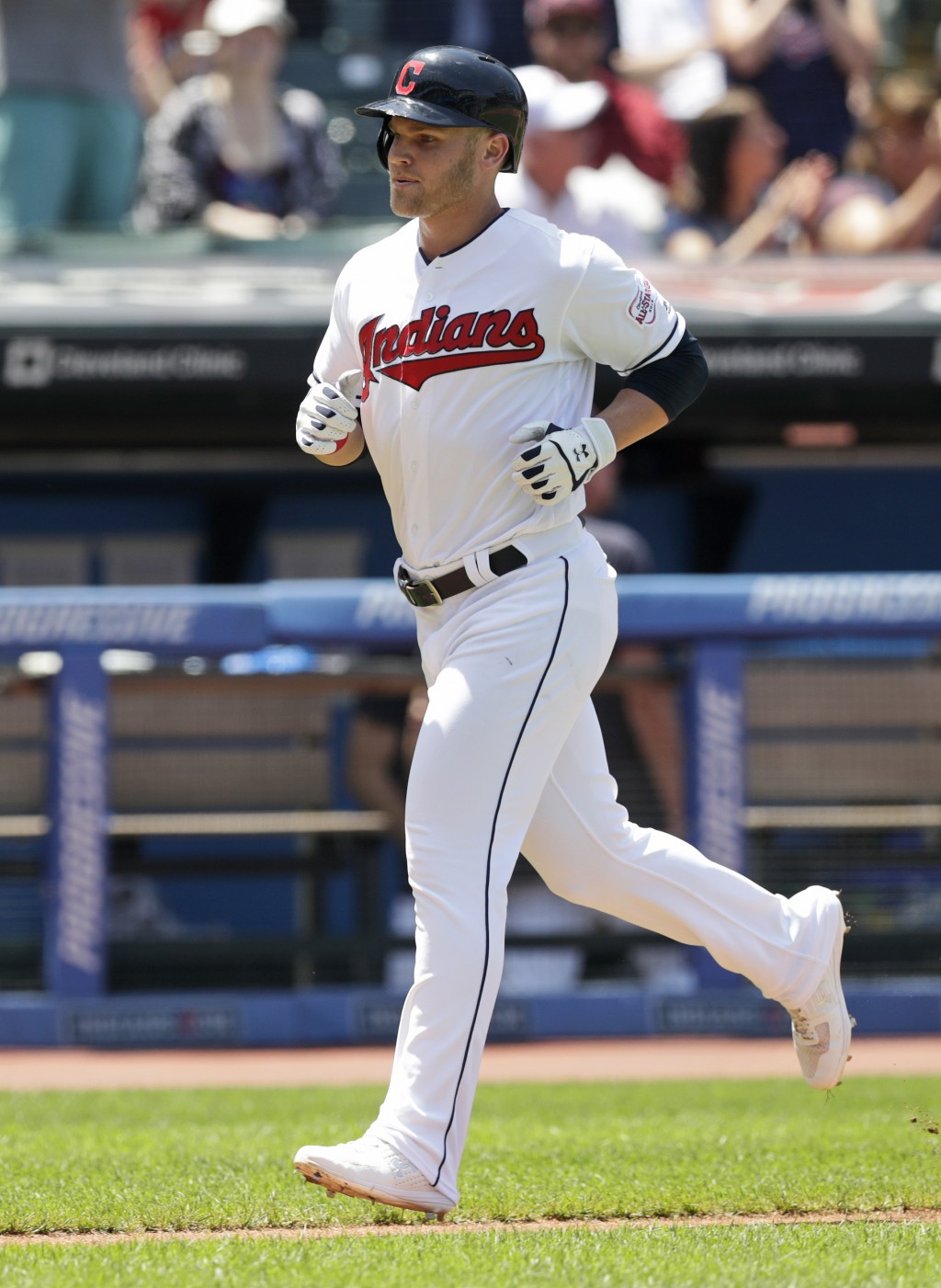 CLEVELAND (AP) — Trevor Bauer struck out a season-high 12 in 6 2/3 innings, and the Cleveland Indians beat the Kansas City Royals 5-3 on Wednesday.

Bauer (6-6) had the 23rd double-figure strikeout game of his career and his fourth this season. The right-hander gave up one run and didn't allow a hit until rookie Humberto Arteaga singled with two outs in the fifth.

Bauer matched a career high by throwing 127 pitches and held the Royals to three hits. He got a standing ovation and tipped his cap on the way to the dugout after being removed with two on in the seventh.

Jake Bauers and Tyler Naquin homered off Jakob Junis in the fourth. Bauers had gone 15 at-bats without a hit before his leadoff blast.

Lucas Duda homered in the ninth for Kansas City off Nick Wittgren. Pinch-hitter Alex Gordon singled in a run before Wittrgren struck our Billy Hamilton and Whit Merrfield to end the game. The Royals struck out 16 times.

Hunter Dozier, whose ninth-inning grand slam off closer Brad Hand gave the Royals an 8-6 win on Tuesday night, struck out in all four at-bats.

Bauer hit Cam Gallagher with a 3-2 breaking pitch with one out in the third. Bauer also hit Jorge Soler in the left shoulder to lead off the seventh, prompting the Royals right fielder to stare at the pitcher before he slowly walked to first

Bauer was removed after Gallagher drew a two-out walk, but Nick Goody retired Billy Hamilton on a popup.

Arteaga hit a sharp ground ball under the glove of first baseman Bobby Bradley, who made a diving attempt in the fifth. After Gallagher singled to right, Hamilton's bloop double scored Arteaga.

Royals: C Salvador Pérez (right elbow) has been cleared to resume catching on the side, but is still not permitted to throw a baseball. The six-time All-Star underwent Tommy John surgery on March 6 and is not expected to play this season.

Indians: RHP Corey Kluber will undergo tests on his broken right arm Thursday. He'll begin playing catch if the results show the bone is still healing properly. ... RHP Carlos Carrasco, who was diagnosed with a blood condition, has been playing catch with his teammates. "It's not gonna hurt him in any way and they've encouraged him to have activity," manager Terry Francona said.

Royals: LHP Danny Duffy (3-3, 4.48 ERA) opens a four-game series Friday at Toronto. He pitched a season-high eight innings against Minnesota in a no-decision on June 22.

Indians: RHP Mike Clevinger (1-1, 2.70), who sprained his left ankle on June 17 at Texas, will be activated off the 10-day injured list to start Friday at Baltimore.