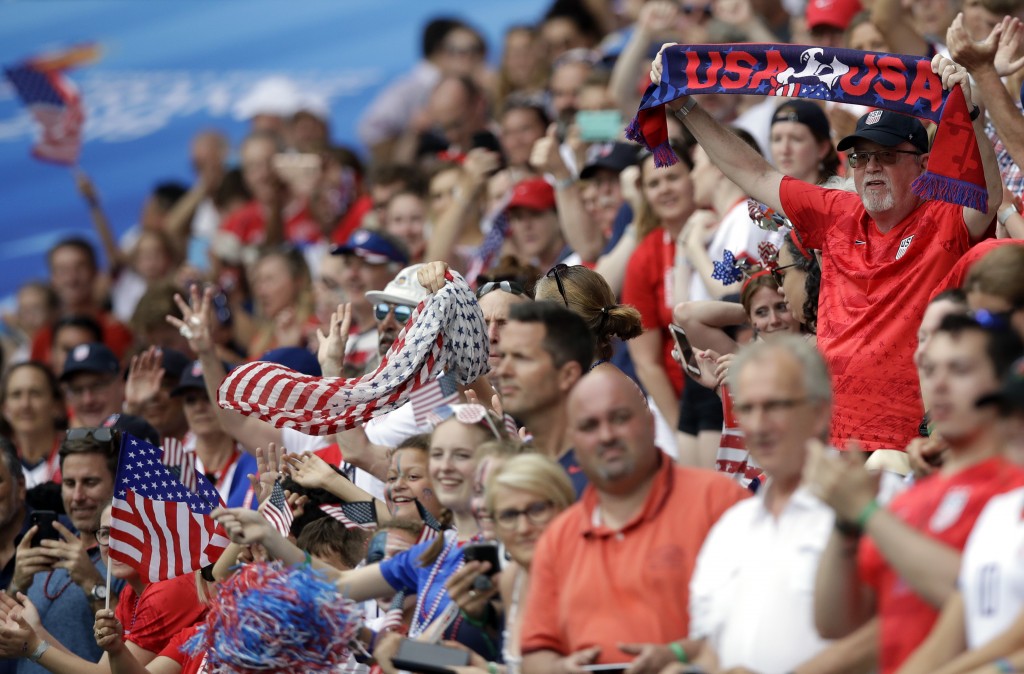 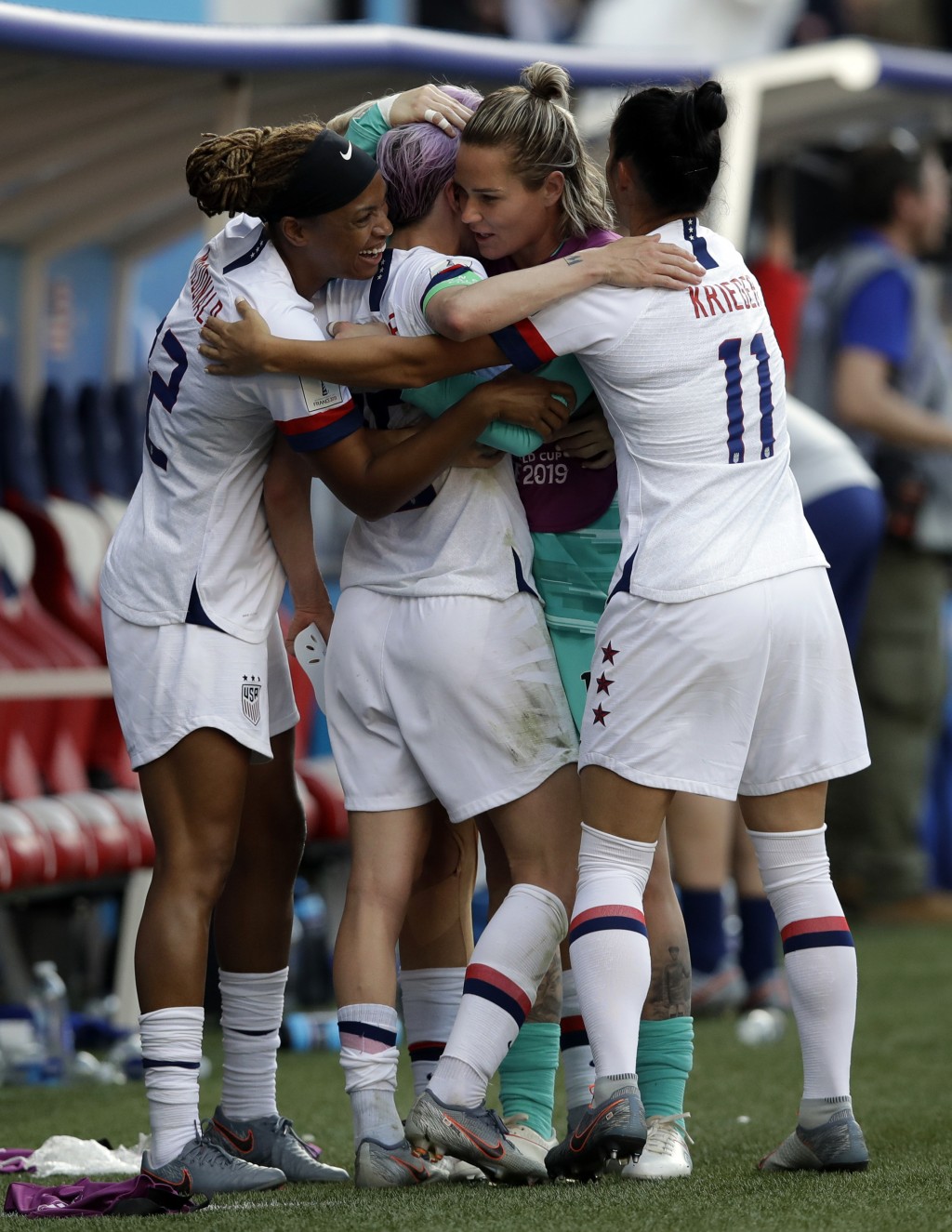 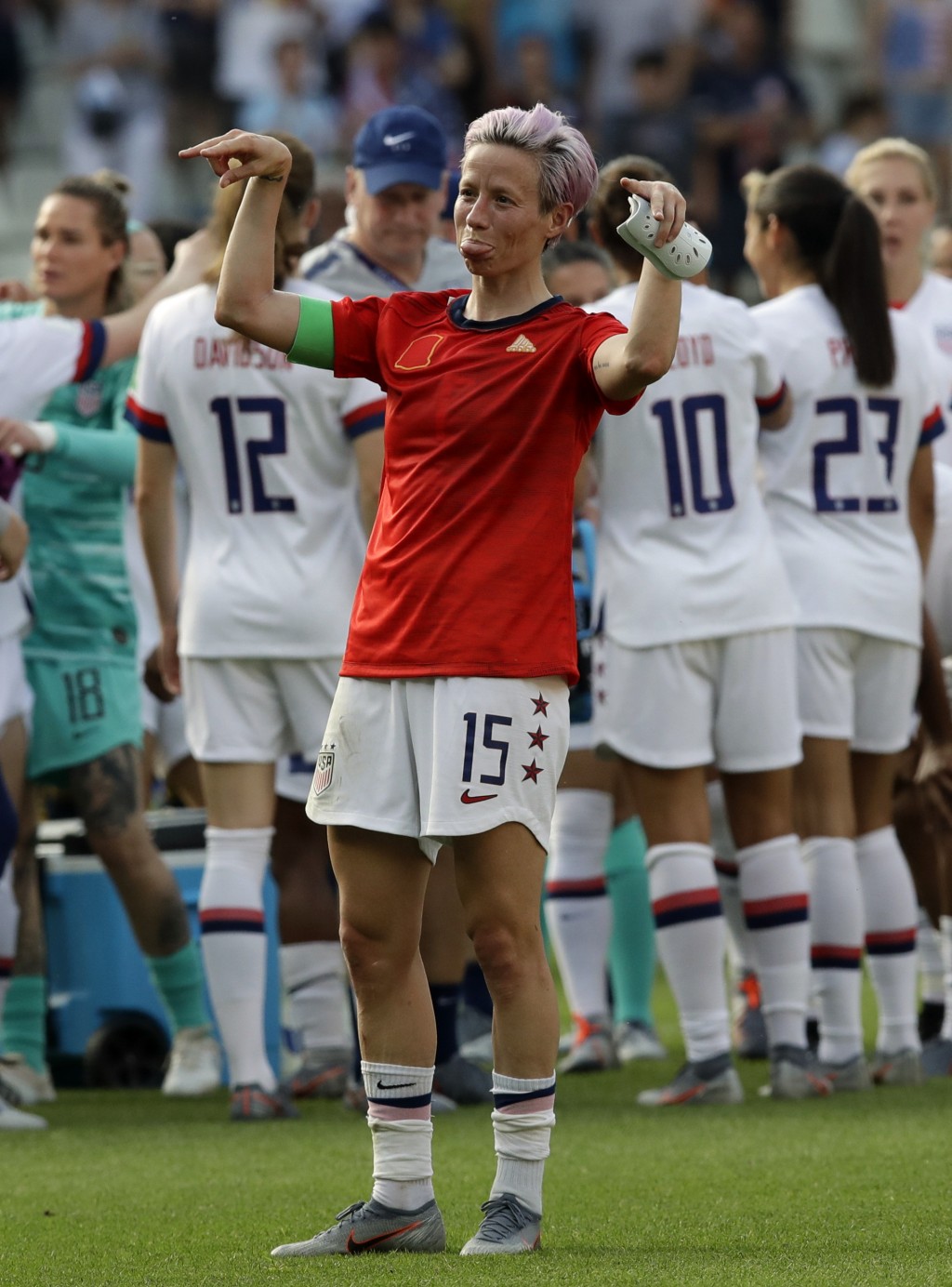 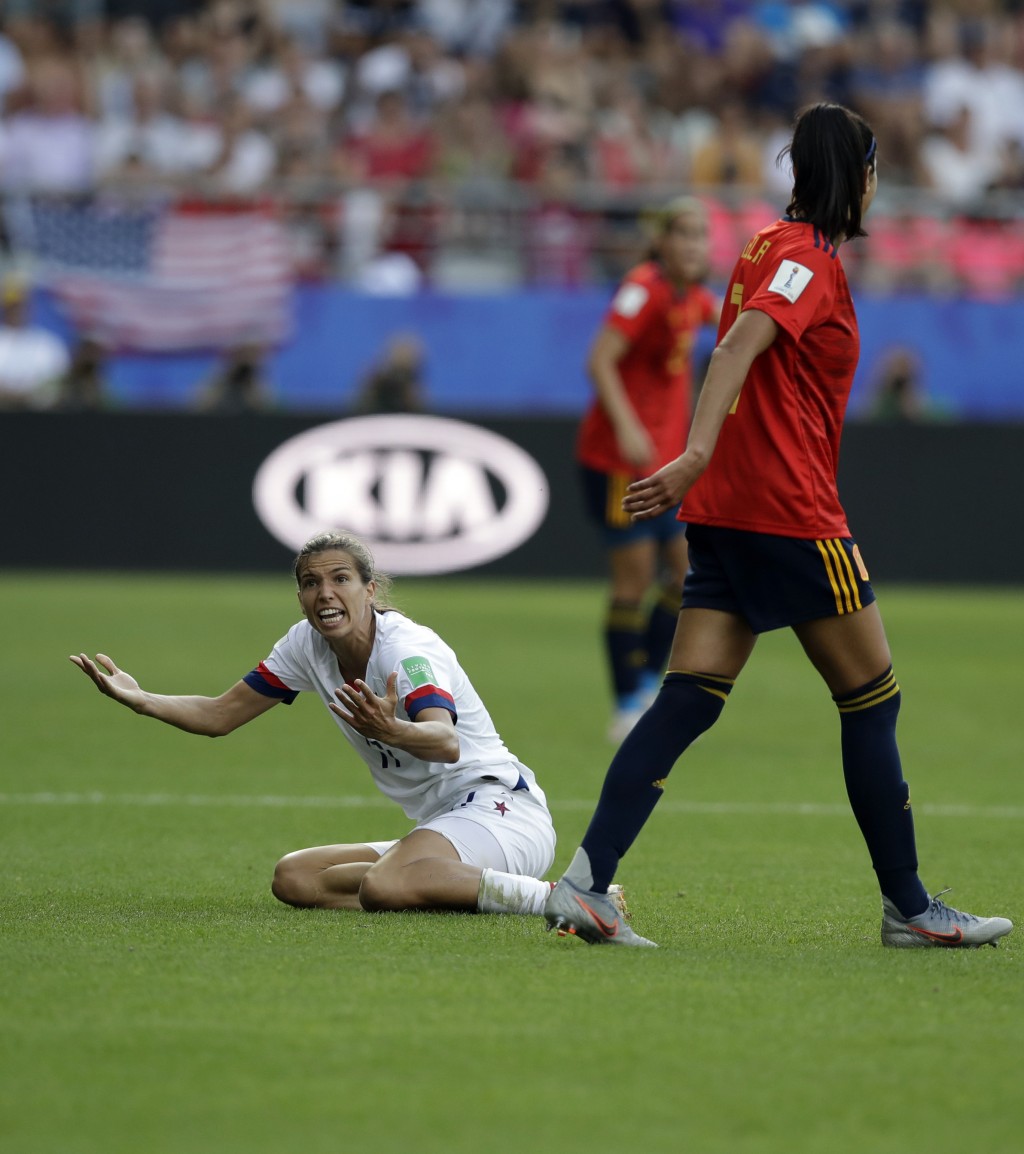 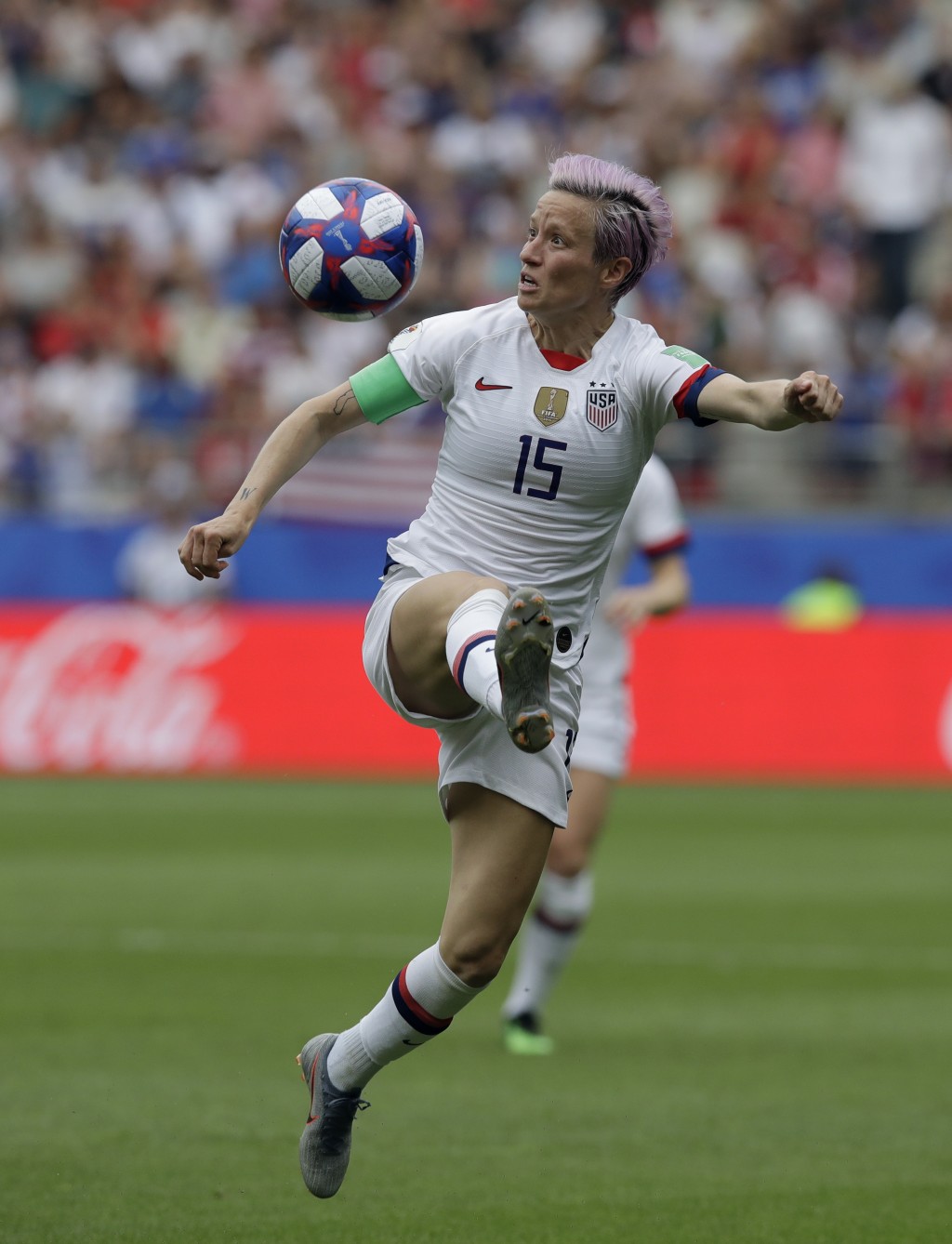 The weather is supposed to heat up this week in France, appropriate since the Women's World Cup gets hot Friday with the home team meeting the U.S. in a quarterfinal matchup that will be watched eagerly on both sides of the pond.

The stadium will be packed, and the TV ratings should be big. The stakes — and the pressure — will be high for both teams.

And the showcase couldn't be better for women's soccer.

"I hope it's huge and crazy. That's what it should be," American captain Megan Rapinoe said. "This is the best game, this is what everybody wanted. I think we wanted it, seems like they're up for it, you guys are of course are up for it, and all the fans."

The matchup has been eagerly anticipated ever since the World Cup draw in December, and for good reason. Elimination is at stake for either the fourth-ranked home team or the defending champion Americans.

It's a chance to celebrate the women's game, with a full house at Parc des Princes stadium in Paris helping to overcome scenes of earlier games with row after row of empty seats. It's also a chance to embrace women's soccer for an easily understood reason — national pride.

But what it means for the future of the women's game is more nuanced, no matter the hype you'll hear Friday.

That the women are playing on the big stage for a big crowd is huge, of course, especially when you realize that women's sports in many countries were so neglected that it took until 1991 to even have a Women's World Cup.

That these same players will struggle between World Cups trying to draw eyeballs to the game, though, is unfortunately still the sad reality of women's soccer. So, too, is the fact they struggle for pay equality with the men, as evidenced by the gender discrimination lawsuit the entire U.S. women's team filed against U.S. Soccer earlier this year.

Every time the World Cup comes around it seems like that has to change. The games — at least those among the best teams — are exciting and the level of play gets better every four years.

But 20 years after the U.S. women thrilled an entire country by winning the World Cup at home, it's still very much a work in progress.

I was in the Rose Bowl in 1999 when Brandi Chastain famously ripped off her jersey after scoring the winning kick against China. It was a seminal moment for women's soccer, with a record audience of some 40 million Americans watching on television and 90,185 packed into the stadium itself.

Before the match, I walked into the stands and talked to fans about what they came to see. Many of them were families, and there were young girls everywhere with American flags and soccer balls painted on their faces.

"Girls rule! Boys drool! Soccer's cool!" was the chant that summer among the young soccer crowd.

On that day, girls did rule and soccer was cool. You couldn't pick up a sports page for the next few weeks without reading some story about how soccer was taking over the country and how the young soccer fans in the stands would grow up to have fans of their own.

Those girls are grown up now, and some surely have soccer fans — and soccer players — of their own. But a generation later, the dream of women playing professionally before large crowds is still largely unrealized outside of the World Cup.

And while the National Women's Soccer League is currently very much open for business and features the top players from the U.S. national team, the league has no national television contract and struggles to draw crowds of more than a few thousand fans when playing anywhere outside Portland, Oregon.

That's not likely to change right away, no matter how well the U.S. team does in France. The same fans who passionately cheer them on when wearing the uniform of the national team don't feel nearly as connected — for whatever reason — when the front of the uniform says Houston Dash or Utah Royals FC.

The bright spot, perhaps, is that men's soccer faced the same problem for years before finally gaining some traction with the suddenly in vogue MLS. There are high hopes the women can conceivably grow in the same direction, but so far it's been a slog.

Some top European clubs have been carving out budgets for women's teams in recent years, sparking some more interest overseas for both players and fans. A recent match in Italy drew 40,000 fans — lured partly by free tickets — and another in Spain attracted 60,000.

So tune in Friday for what should be a great show. Invite some co-workers in to watch together on the office TV and discuss the subtleties of the French defense and what should be done with VAR.

It's sport on a high level, with national pride at stake.

Too bad we pay attention only once every four years.