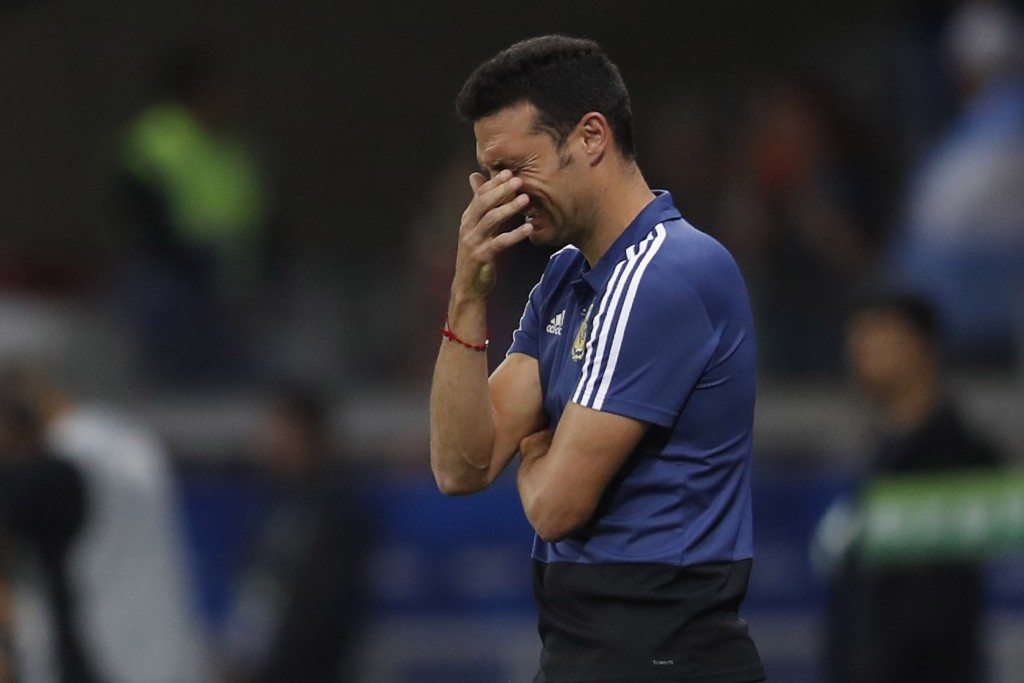 In fact, he has not used the same starting lineup in any of his 13 matches since taking charge following the 2018 World Cup in Russia.

During training in Rio de Janeiro on Wednesday, Scaloni hinted at changes again for the quarterfinal against Venezuela at the Maracana Stadium on Friday.

In the 15 minutes that reporters were allowed to watch, Scaloni tried Juan Foyth at right back in place of Renzo Saravia. German Pezzella took over from Foyth in central defense, while midfielder Marcos Acuna was preferred to Giovani Lo Celso.

Saravia started the 2-0 defeat against group rivals Colombia in the opening match for Argentina. He was replaced by Milton Casco for the 1-1 draw against Paraguay, but returned to the team for the 2-0 victory against Qatar.

Striker Lautaro Martinez, who scored the first goal against Qatar, also featured up front on Wednesday alongside Lionel Messi and Sergio Aguero.

Friday's winner will play host Brazil or underdog Paraguay in the semifinals.