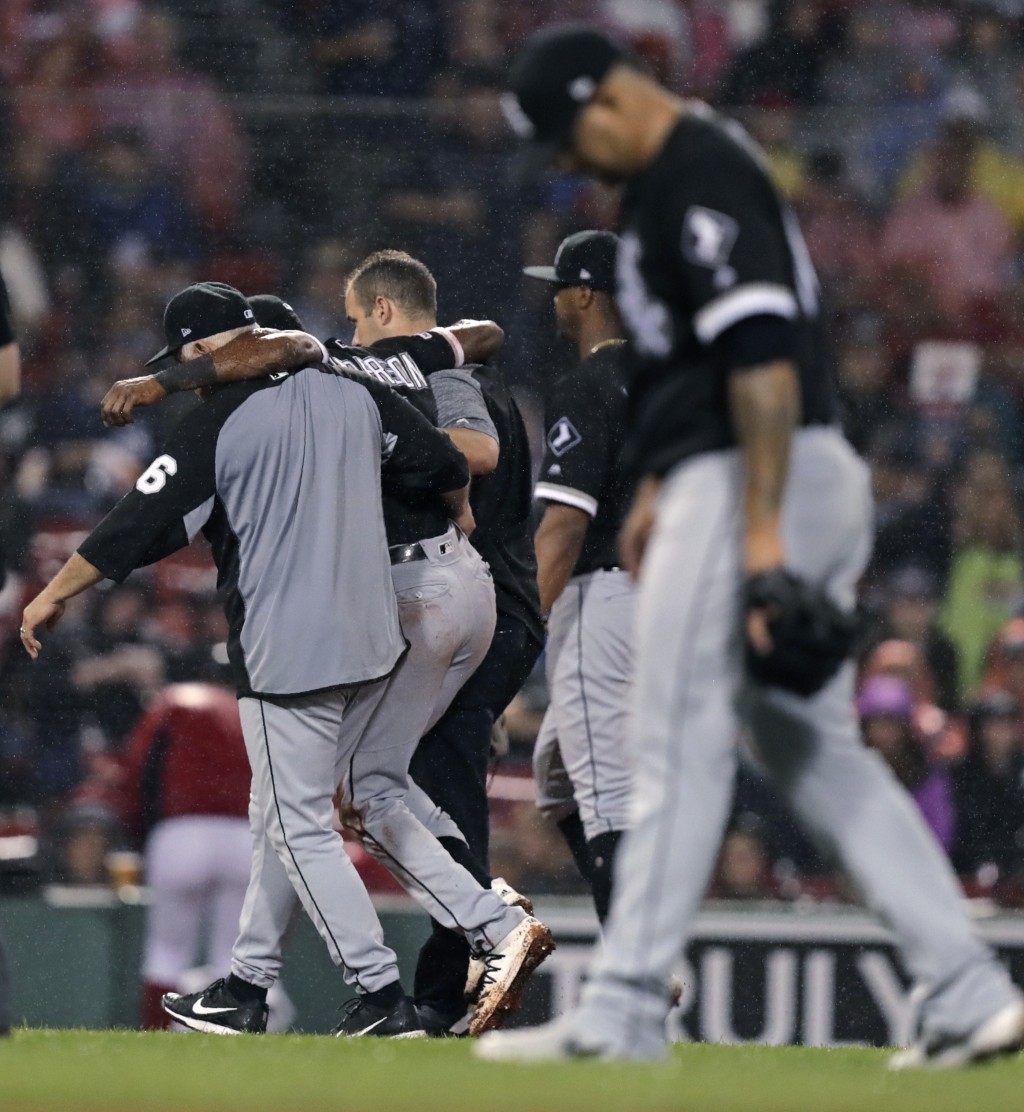 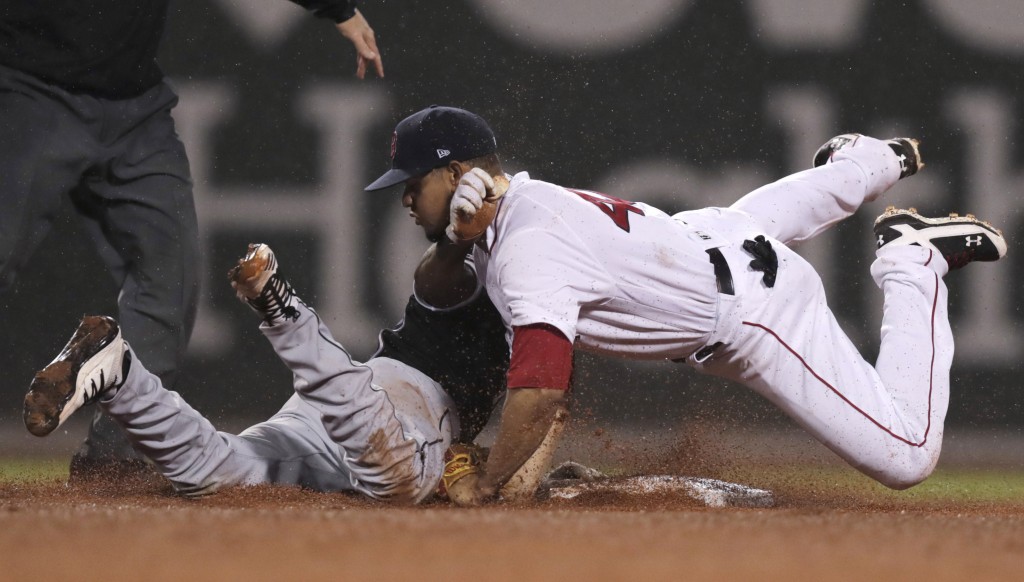 BOSTON (AP) — Chicago White Sox shortstop Tim Anderson was walking with a boot a day after spraining his right ankle and leaving a game against the Boston Red Sox.

The White Sox lost another infielder during Wednesday's game, when third baseman Yoán Moncada was hit by a pitch on the right knee in the first inning. He left the game and the team said it was a bruise.

X-rays on Anderson were negative. He was in the clubhouse before Wednesday's game. Manager Rick Renteria said the team hoped to know more after the game.

Anderson planted his right foot awkwardly on the wet dirt behind second base after fielding a grounder and throwing to first. He hopped a few steps on his left leg before falling to the ground in obvious pain.

Renteria and a trainer helped him off the field.