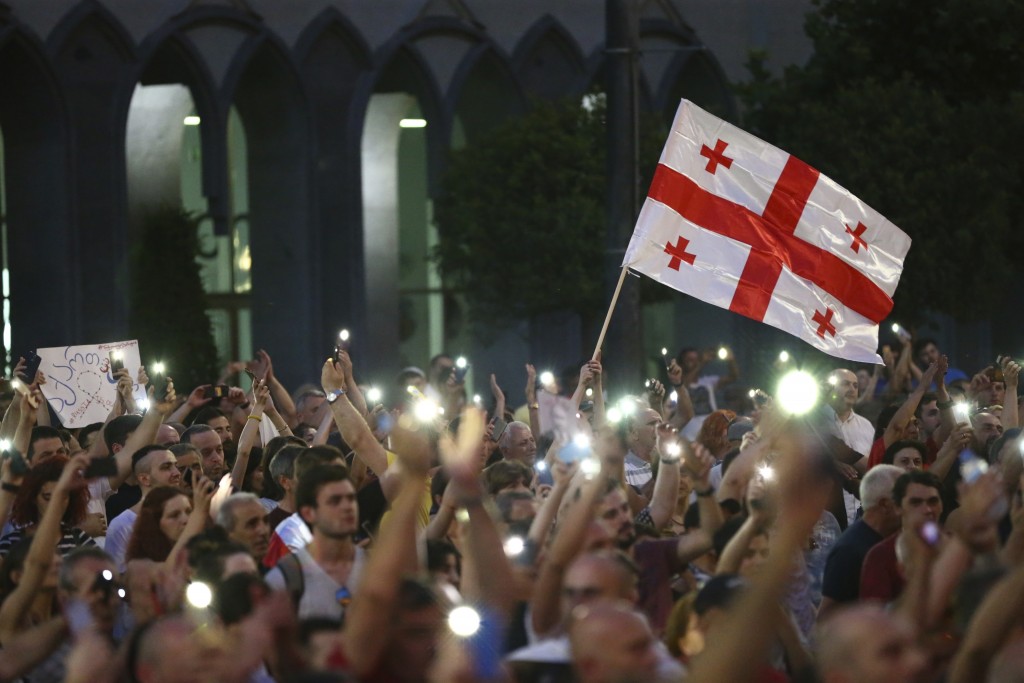 TBILISI, Georgia (AP) — Georgia's parliament has voted to lift the immunity of an opposition lawmaker, opening him to prosecution on charges of inciting disorder at a protest last week.

The move Wednesday is sure to increase tensions in the country, where thousands have held protests outside parliament every day for a week.

The prosecutor's office has said it has evidence from witnesses that parliament member Niki Melia called for demonstrators on the protests' first night to storm the parliament building and to fight police. More than 240 people were injured in clashes that night, as police fired rubber bullets at the crowd and unleashed water cannons.

The protests were set off by the visit of an official Russian delegation to the parliament and demands expanded to holding snap parliamentary elections.