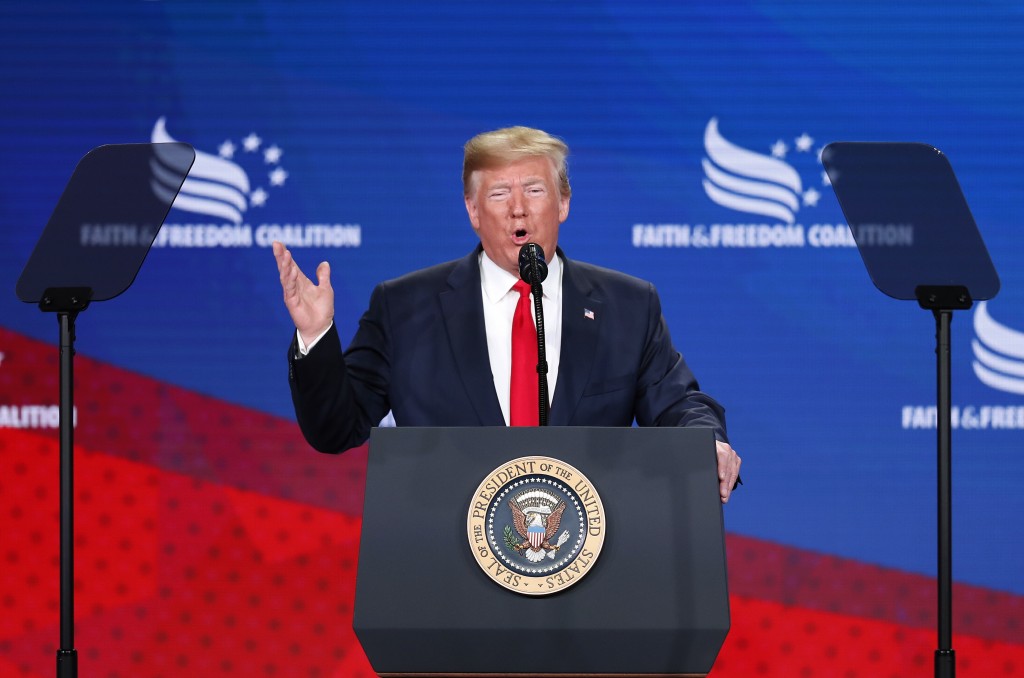 WASHINGTON (AP) — President Donald Trump is delivering remarks in Washington to kick off a four-day faith conference that highlights top issues for evangelical voters, who are among his most loyal supporters and vital to his 2020 reelection bid.

Trump is addressing this year's Faith and Freedom Coalition policy conference for the sixth time and his second as president. Trump calls it the largest faith-based get-out-the-vote group in the country.

The president says that when he ran in 2016, "Americans of faith were under assault. But the shameful attempt to suppress religious believers ended the day I took the oath of office."