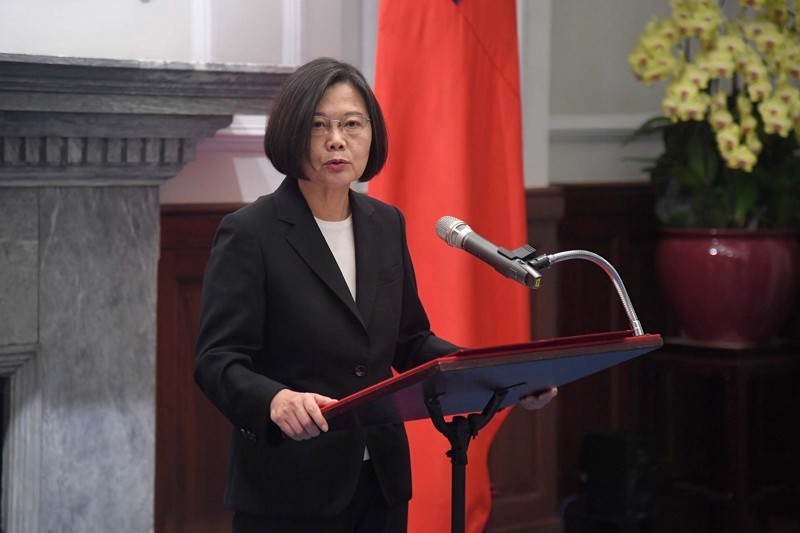 “I do not intend to criticize any individual candidate, but candidates must speak clearly of their values and of how they plan to realize those values,” Tsai said. “Voters expect something more than empty, emotional comments.”

Tsai also referred to a ribbon-cutting ceremony in Kaohsiung that celebrated the opening of a Mini Three Links (小三通) route between Kaohsiung’s Qijin (旗津) and China’s Wenzhou (溫州), on Tuesday. The head of Kaohsiung’s Tourism Bureau, Pan Heng-hsu (潘恒旭), attended the ceremony on behalf of the city.

The Mainland Affairs Council (MAC) pointed out on the same day the event was a sham. No entity has applied for approval of the route. Pan later apologized and explained he attended the event as a private citizen.

“Cross-strait issues must be handled by the central authority according to relevant laws and regulations,” Tsai commented. She was clearly surprised that a government official would think that a new direct transportation link between Taiwan and China could be established without central government approval.

“It shows they do not have adequate understanding of the legal framework or mechanism of cross-strait transportation and communication,” said Tsai. “We hope local governments can make more careful and informed judgments in the future.”

As for the “one country, two systems” framework, Tsai reiterated, “The Republic of China on Taiwan is undoubtedly a sovereign state.”

She concluded her post by saying “Taiwan is Taiwan,” and that every decision made by the government must serve “the best interests of Taiwan.”

“Our priority is to defend our sovereignty, democracy, and freedom as a way of life,” added Tsai.