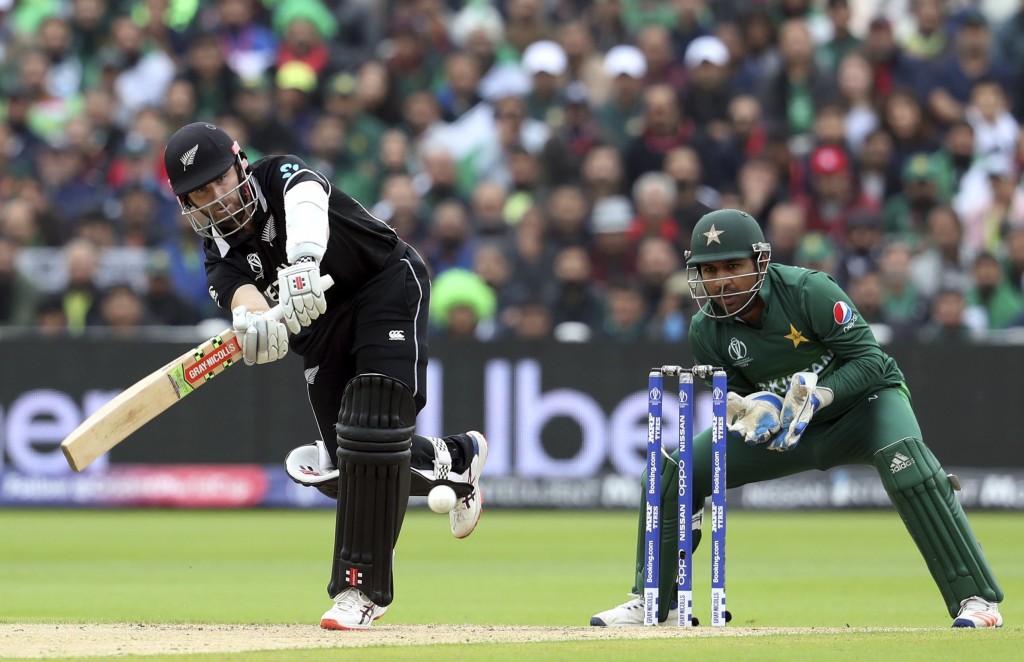 BIRMINGHAM, England (AP) — Kane Williamson doesn't open for New Zealand at the Cricket World Cup. He just comes in very quickly after the innings has started.

Ahead of the match at Edgbaston against Pakistan on Wednesday, the inspirational Black Caps captain had entered the last four completed matches with his team on 0-1, 12-1, 0-1 and 35-1.

And it was no different in Birmingham against Pakistan when No. 3 Williamson's services were again required early after opener Martin Guptill was bowled by Mohammad Amir to make it 5-1.

Guptill and Colin Munro gave Williamson a break in the Kiwis' opening match when they shared an undefeated 137-run opening stand to beat Sri Lanka by 10 wickets. In the next game against Bangladesh, Williamson was called upon at 35-1 and went on to score 40.

Williamson had a one-ball rest against Afghanistan with Guptill out for a golden duck. The skipper finished 79 not out.

Everyone had a rest against India — a washout — before normal service was resumed against South Africa with Munro out at 12-1. Williamson came in and hit an undefeated 106 to earn player of the match.

Guptill was out to the first ball of the match against West Indies — and Munro lasted only one ball — with Williamson once again entering without any runs on the board for New Zealand. Doing his duty, he finished on 148 and collected another player of the match award.

New Zealand has a keen rivalry with Australia but Williamson could be forgiven for dreaming of batting — or not — after openers Aaron Finch and David Warner, the Aussie opening pair.

They shared a record opening stand of 123 on Tuesday at Lord's in a 64-run win over England and became the first duo to post a fifth consecutive 50-plus opening stand in a World Cup. They have century stands of 146 against Pakistan, 173 against Sri Lanka, and 123 against England.

Against Pakistan, Williamson was out for a 69-ball 41 to spinner Shadhab Khan. With New Zealand struggling at 83-5 in the 27th over, Williamson walked off fearing he could soon be returning to field.