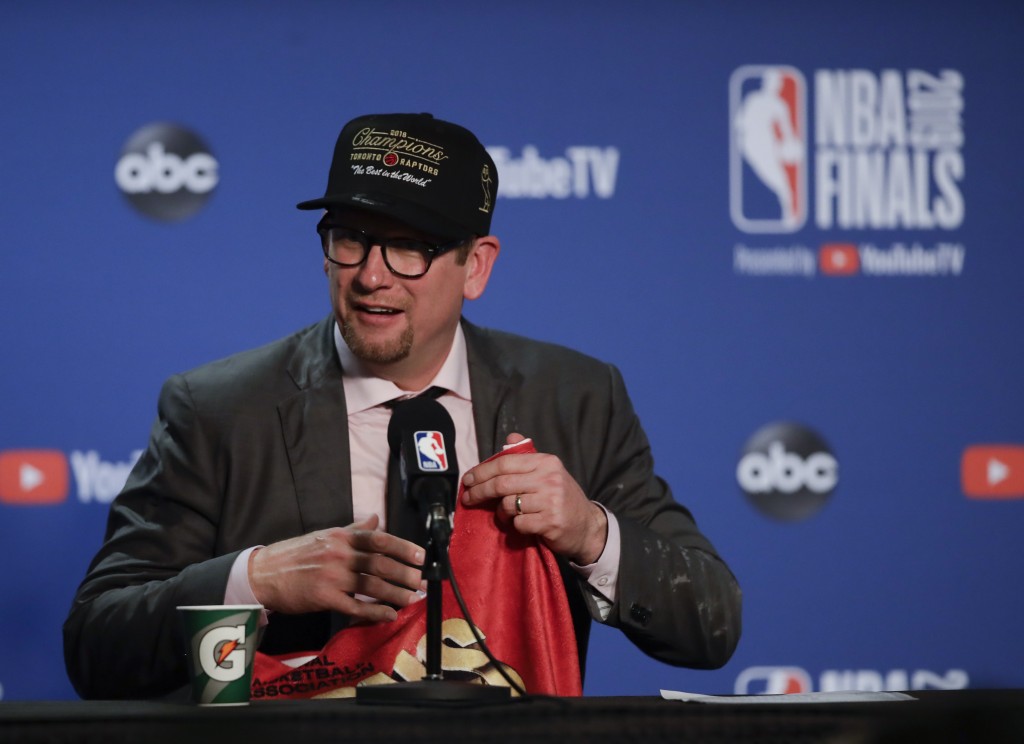 Nick Nurse has been in a parade, mingled with Prime Minister Justin Trudeau and played guitar onstage with the Arkells since leading the Toronto Raptors to the NBA championship.

Now the Raptors coach tells PodcastOne Sports Now co-hosts Jim Litke and Tim Dahlberg that he has one more item to make sure he gets done this summer to make the celebration complete.

Nurse wants to lead the crowd at Wrigley Field into a seventh inning sing along of "Take me out to the Ball Game."

"When I get that one organized that is a huge bucket list thing to be able to do that," Nurse said. "We know how big a Cubs fan I am, too."

Nurse joins the podcast to discuss the way the Raptors jelled at just the right time, and describes his emotions as the final seconds of Game 6 played out against the Golden State Warriors. He said he found out some things about his team in the playoffs that he didn't know during the regular season.

"The stars aligned pretty good and, man, the guys played great," he said. "I was impressed how we kept growing especially since the start of the playoffs to the end and I was impressed with our toughness our level headedness."

Also on the podcast, Dahlberg and Litke discuss the women's World Cup and debate how good a soccer player Kobe Bryant might have been.