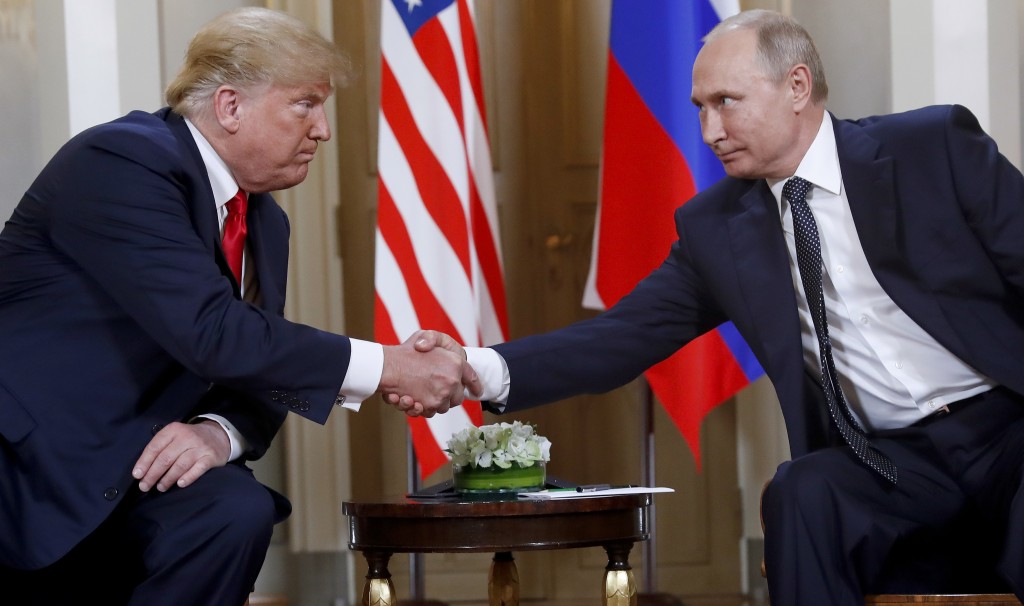 MOSCOW (AP) — The Kremlin says Russian President Vladimir Putin will meet with U.S. President Donald Trump on the sidelines of an international summit in Japan.

Trump has said he plans to meet with Putin during the Group of 20 summit in Osaka, and Putin has welcomed a meeting, saying he's ready for dialogue.

Ushakov said the meeting is set for Friday and is expected to touch on arms control and international crises, including the Iranian nuclear deal, Syria, North Korea and Ukraine.