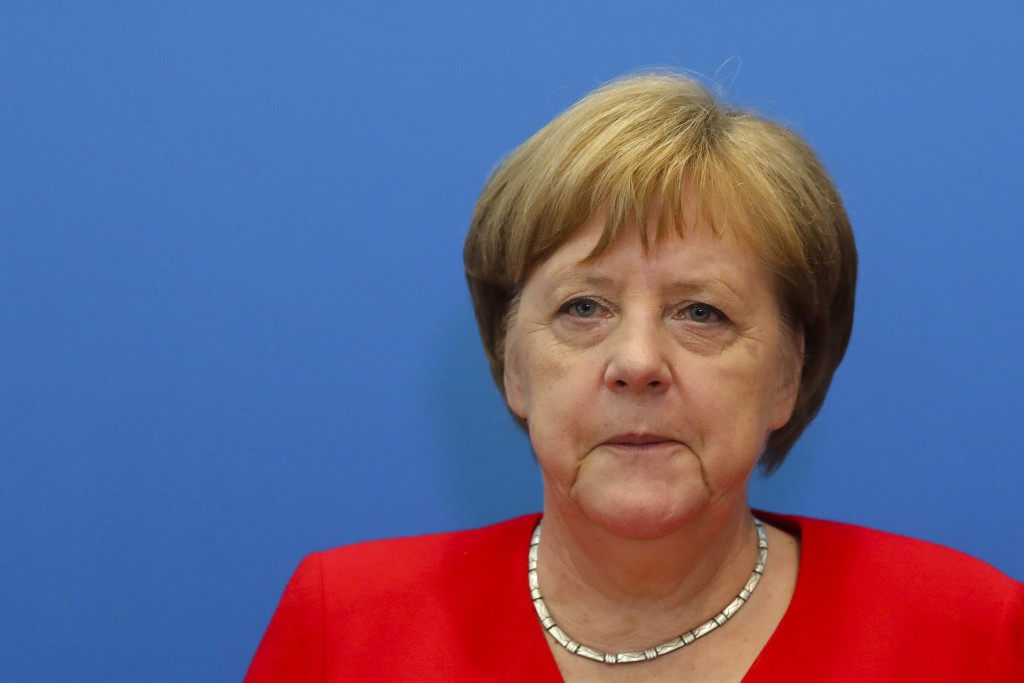 BERLIN (AP) — German Chancellor Angela Merkel is downplaying suggestions that the Group of 20 global powers, whose leaders meet in Japan later this week, could play a major role in resolving conflicts such as the standoff between Iran and the U.S.

Merkel said as she answered lawmakers' questions in the German parliament Wednesday that G-20 summits offer the chance to hold talks on the sidelines which can help resolve security policy issues but countries shouldn't "overload" the format. She said its focus remains on economic issues following the financial crisis a decade ago.

Merkel added: "I am under no illusion about the clout of the G-20 regarding foreign policy questions that can't be resolved in the U.N. Security Council."

G-20 leaders will gather in Osaka on Friday and Saturday.