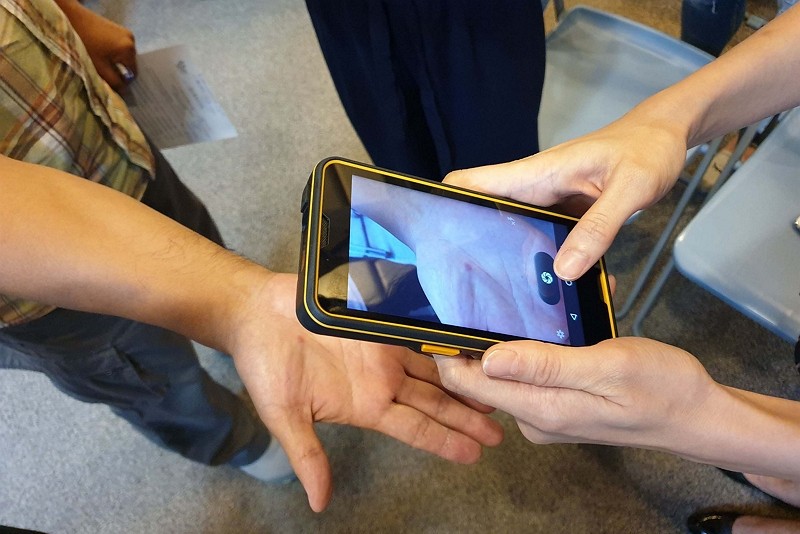 The technology can help dermatologists identify and treat five skin conditions that were previously difficult to diagnose, including basal cell carcinoma (the most common form of skin cancer), melanoma, squamous cell carcinoma (also known as epidermoid carcinoma), nevus or seborrheic keratoses (common skin lesions that have been shown to occur more with age).

Chan Chih-chieh (詹智傑), an attending physician at NTUH's Department of Dermatology, said that visual inspection is unable to diagnose changing moles or other skin lesions. Instead, skin biopsies are used by dermatologists to check for various skin conditions.

A skin biopsy is a minimally invasive procedure in which a doctor removes a small sample of skin to have it tested. However, such biopsies also come with potential risks.

The procedure can be avoided with a non-invasive test if the precision of clinical diagnosis is improved, Chan said.

The system is easy to use, Chan noted, adding that users can get data on their smartphone in seconds after uploading pictures of skin lesions for analysis.

A trial run of the system has already been implemented by NTUH's Dermatology Department. In the first phase, thousands of different types of skin biopsies were uploaded to the system with 90 percent diagnostic accuracy achieved, according to Chan.