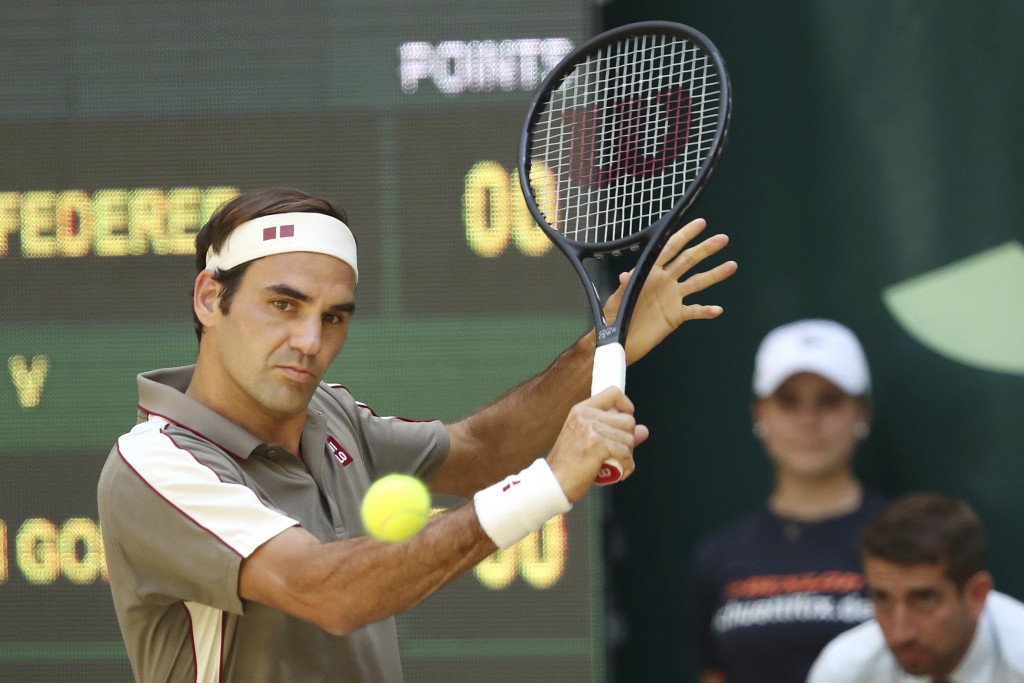 LONDON (AP) — Roger Federer has been seeded above Rafael Nadal for Wimbledon, despite the Spaniard being higher in the rankings.

Top-ranked Novak Djokovic is seeded No. 1, with Federer second and Nadal third — a reverse of their rankings. Kevin Anderson, a Wimbledon finalist last year, is fourth despite being eighth in the rankings.

The men's seedings for Wimbledon are based on the rankings, but with extra points for grass-court tournaments in the last year.

The women's seedings follow the rankings, with French Open champion Ashleigh Barty at No. 1 ahead of Naomi Osaka and Karolina Pliskova.