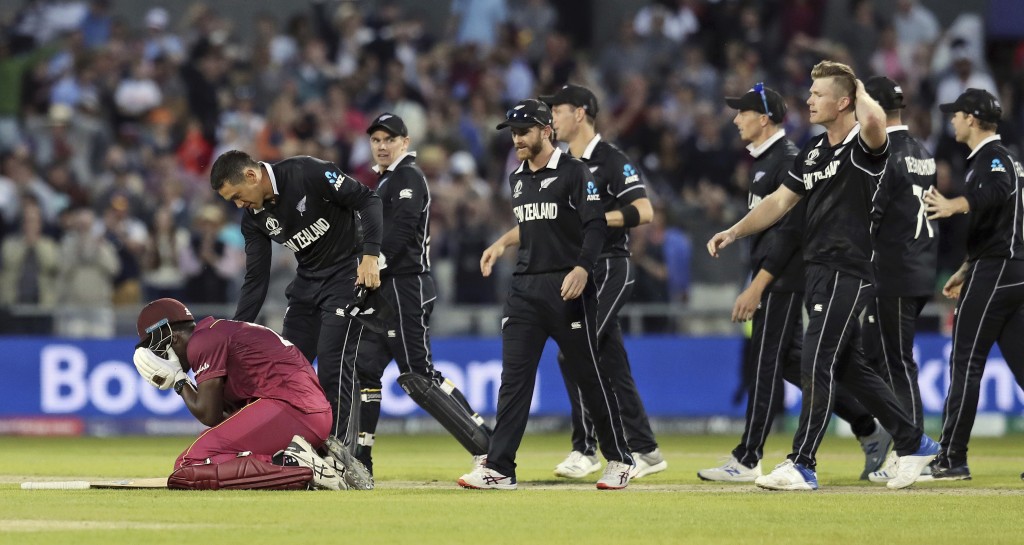 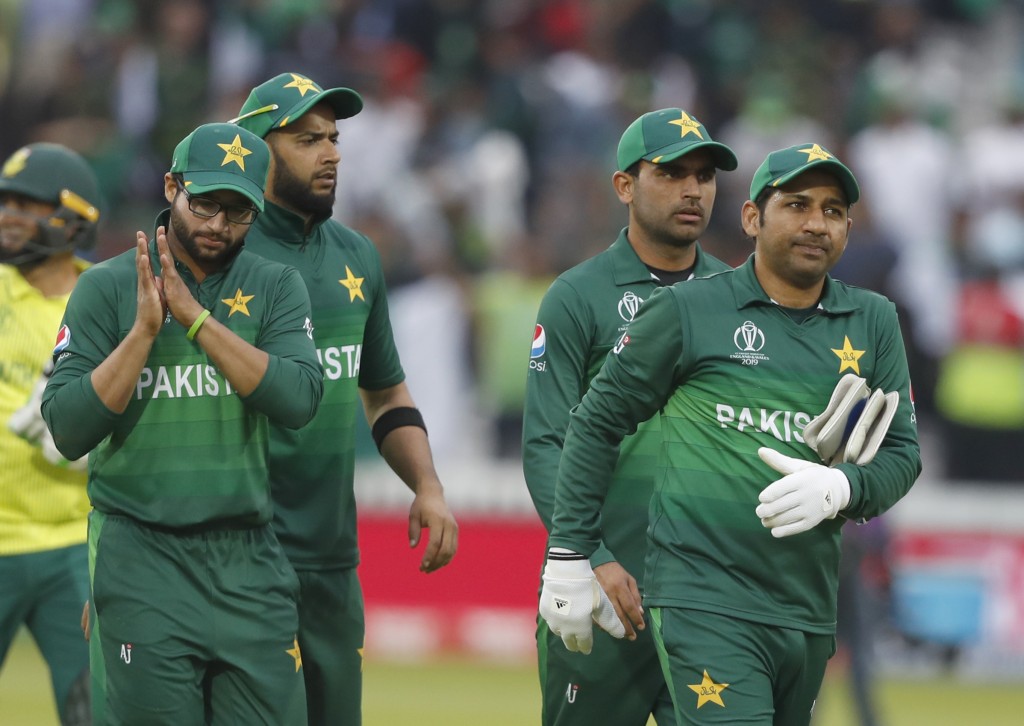 LONDON (AP) — The Latest on Day 28 of the Cricket World Cup (all times local):

The start of the Cricket World Cup game between New Zealand and Pakistan has been delayed because of a wet outfield in Birmingham.

The next pitch inspection at Edgbaston will be at 10:30 a.m., when the game was scheduled to start.

New Zealand has the chance to follow Australia into the semifinals of the Cricket World Cup if it beats Pakistan at Edgbaston on Wednesday.

Pakistan can move one point behind fourth-place England with a win, and go level with Bangladesh, as the race for the finals spots unexpectedly opens up.

New Zealand has 11 points from six games and is chasing its eighth semifinal appearance at the tournament and the chance to regain top spot in the 10-team standings from Australia. Defending champion Australia secured a place in the semifinals with a comfortable win over top-ranked England on Tuesday.

Seventh-place Pakistan has five points, After appearing to be down and out after losing three of its first five matches, Pakistan has been given a potential lifeline by England. Sri Lanka and Bangladesh are Pakistan's closest rivals also in the hunt for a semifinal spot.

The weather forecast is for cloudy conditions and light drizzle before improving, with temperatures up to 19 degrees Celsius (66 degrees Fahrenheit).