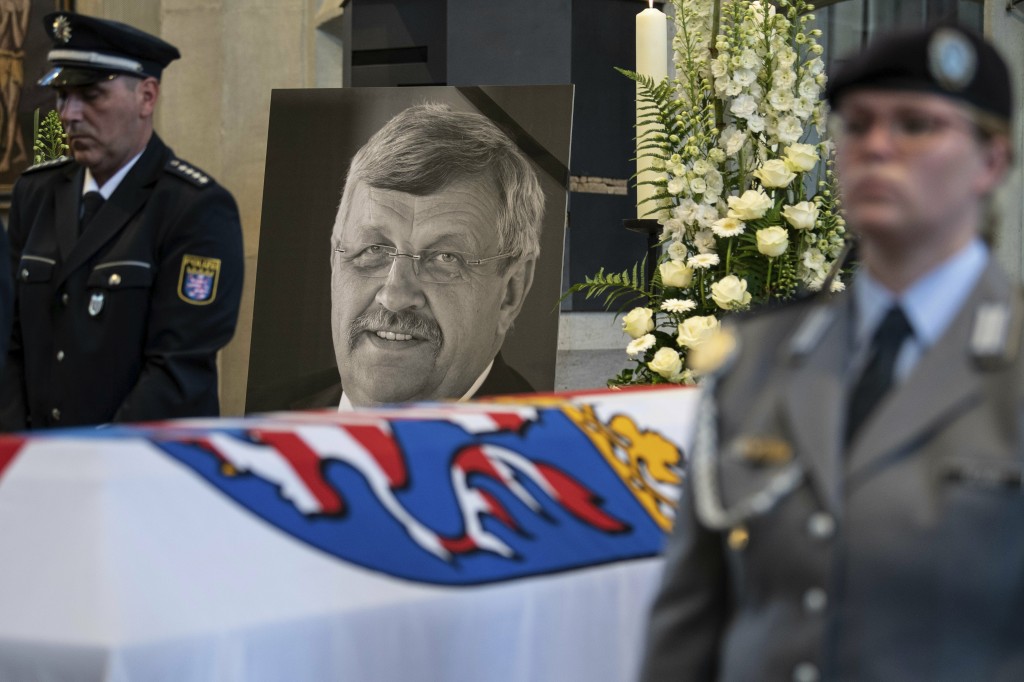 BERLIN (AP) — Germany's top security official says the far-right extremist suspected in the killing of a politician from Chancellor Angela Merkel's party has told authorities that he acted alone.

Walter Luebcke, who led the Kassel regional administration in central Germany, was fatally shot in the head at his home on June 2. A 45-year-old German man with a string of convictions for violent anti-migrant crime, Stephan Ernst, was later arrested as the alleged killer.

Interior Minister Horst Seehofer told reporters after he and Germany's chief federal prosecutor appeared before parliament's home affairs committee Wednesday that the suspect "says himself that he was a lone perpetrator, but of course that is not the end of the investigation for us."