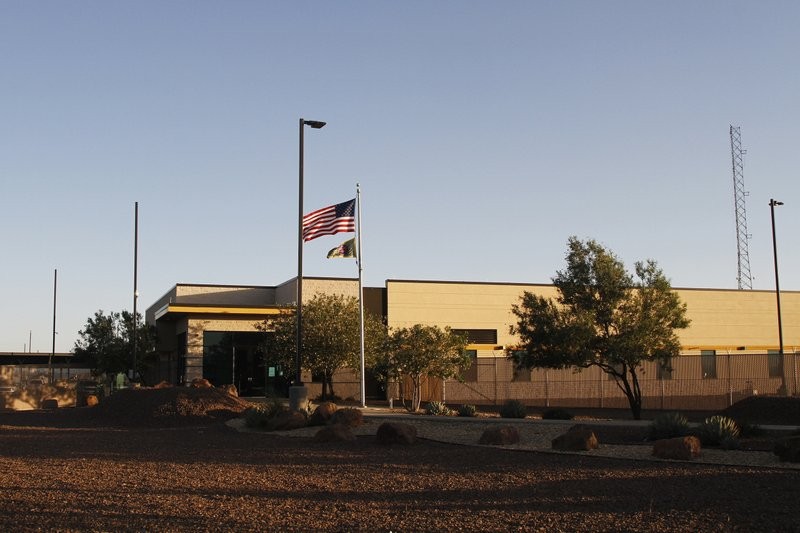 HOUSTON (AP) — The Latest on the fallout over the discovery of children found in filthy conditions at a Border Patrol station near El Paso, Texas (all times local):

About 10 protesters have demonstrated in a parking lot at a Border Patrol station in El Paso, Texas, decrying the treatment of child migrants.

The demonstrators moved to the station entrance Tuesday afternoon as one waved a placard that invited motorists on a passing highway and frontage road to honk to register support for the migrants.

Diego Carlos teaches social studies at an El Paso high school and joined the protest after he read a news article on the child migrants’ plight.

He told The Associated Press that he was demonstrating in protest “because on just a gut level I see myself, I see my family, I see my neighbors, I see my students in these migrants.” He added that, “literally, I have students who come over from the border almost every day to go to school at the school I teach.”

Carlos carried a sign that read, “We are witnesses.”

Two officials familiar with the move say the acting director of U.S. Immigration and Customs Enforcement will take over U.S. Customs and Border Protection.

The officials told The Associated Press on Tuesday that Mark Morgan will become acting CBP commissioner hours after the resignation of John Sanders. The officials were not authorized to speak publicly about the move and spoke on condition of anonymity.

Morgan previously led the U.S. Border Patrol, a subsidiary of CBP, under President Barack Obama. He was picked by President Donald Trump to lead ICE in May.

His appointment comes as the top leadership of most U.S. immigration agencies remains in upheaval. The Department of Homeland Security and several major agencies have acting leaders.

— By Jill Colvin and Colleen Long in Washington

The acting commissioner of U.S. Customs and Border Protection says he’s stepping down amid outrage over his agency’s treatment of detained migrant children.

John Sanders said in a message to CBP employees Tuesday that he would resign on July 5.

Six children have died since late last year after being detained by CBP.

Sanders pushed Congress to pass $4.5 billion in humanitarian funding. In an interview last week with The Associated Press, Sanders talked about how the deaths “impacted him profoundly.”

U.S. government officials say they’ve moved more than 100 kids back to a remote border facility where lawyers reported detained children were caring for each other and had inadequate food, water, and sanitation.

An official from U.S. Customs and Border Protection said Tuesday that the “majority” of the roughly 300 children detained at Clint, Texas, last week have been placed in facilities operated by the Office of Refugee Resettlement.

The official, who briefed reporters on the condition of anonymity, wouldn’t say exactly how many children are currently detained there. But the official says Clint is better equipped than some of the Border Patrol’s tents to hold children.

Some had been locked for three weeks inside the facility, where 15 children were sick with the flu and another 10 were in medical quarantine.