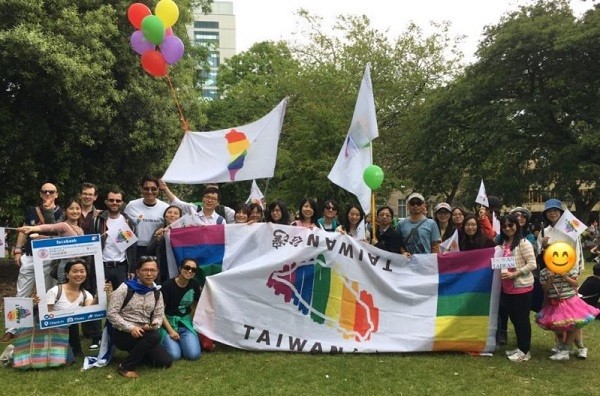 TAIPEI -- (Taiwan News) The annual Edinburgh Pride parade featured a team from Taiwan this year in the Scottish capital on Saturday (June 22).

The Taiwan team was celebrating its status as the first country in Asia to legalize same-sex marriage. Members of the group said their participation showed Taiwan was an example of pluralism, democracy, and affirmation to the rest of the continent, said Liberty Times (LTN).

Edinburgh Pride is the largest and oldest event of its kind in Scotland, attracting an ever-growing number of attendees each year, reported the news agency. This year's parade followed a 5-kilometer route that began outside the Scottish Parliament, wound through the Royal Mile in the city's Old Town, and ended at Edinburgh University.

This year marked the first time that a group joined the event under the name of "Taiwan." The inclusion of the team, formed by the Scotland Taiwanese Association and the Taipei Representative Office in Scotland, boosted the visibility of the country and showcased its recent achievements in equality, LTN reported.

The theme of this year's Edinburgh Pride was "This is me." It commemorated the 50th anniversary of the Stonewall riots in New York, which were a landmark event in the gay liberation movement.

It also took place at a time when the Scottish government is deliberating on amending the Gender Recognition Act to streamline the process by which transgender people can change their legally recognized gender.