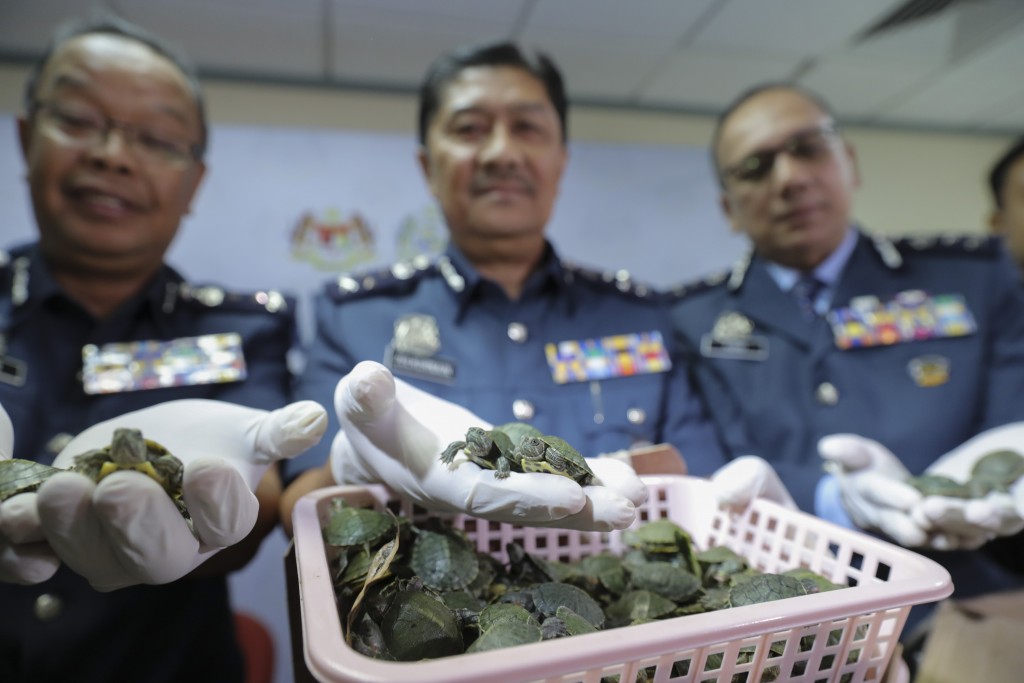 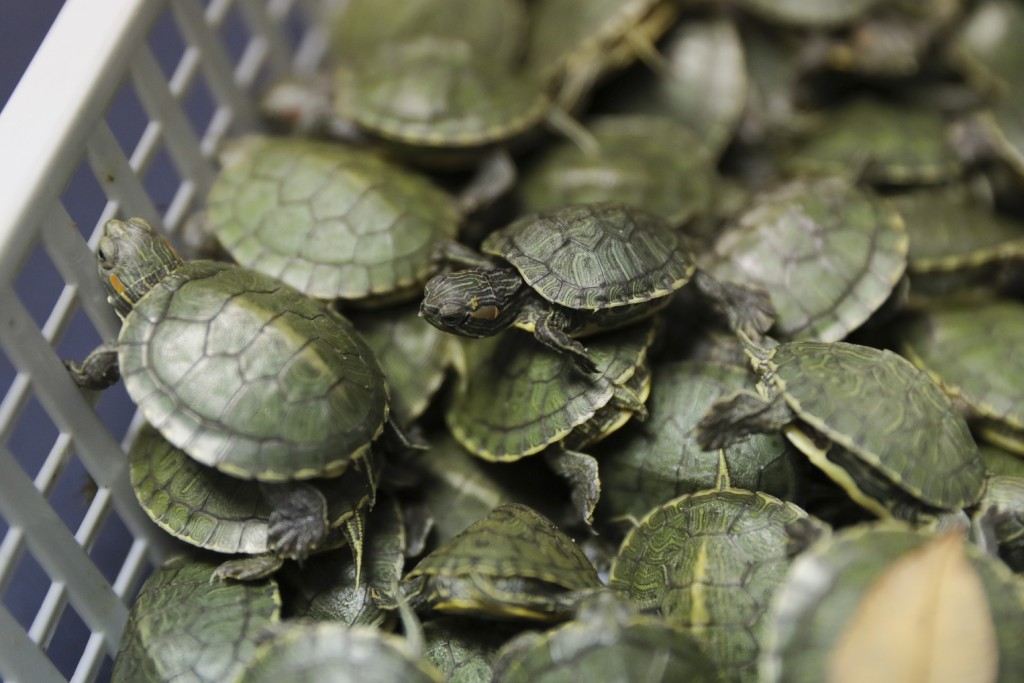 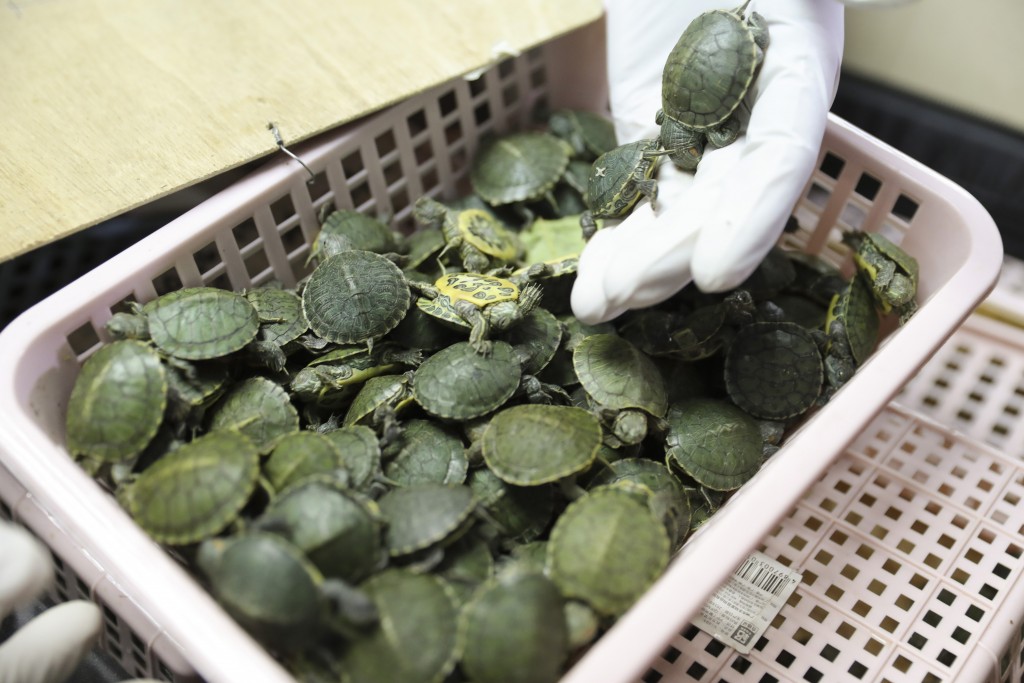 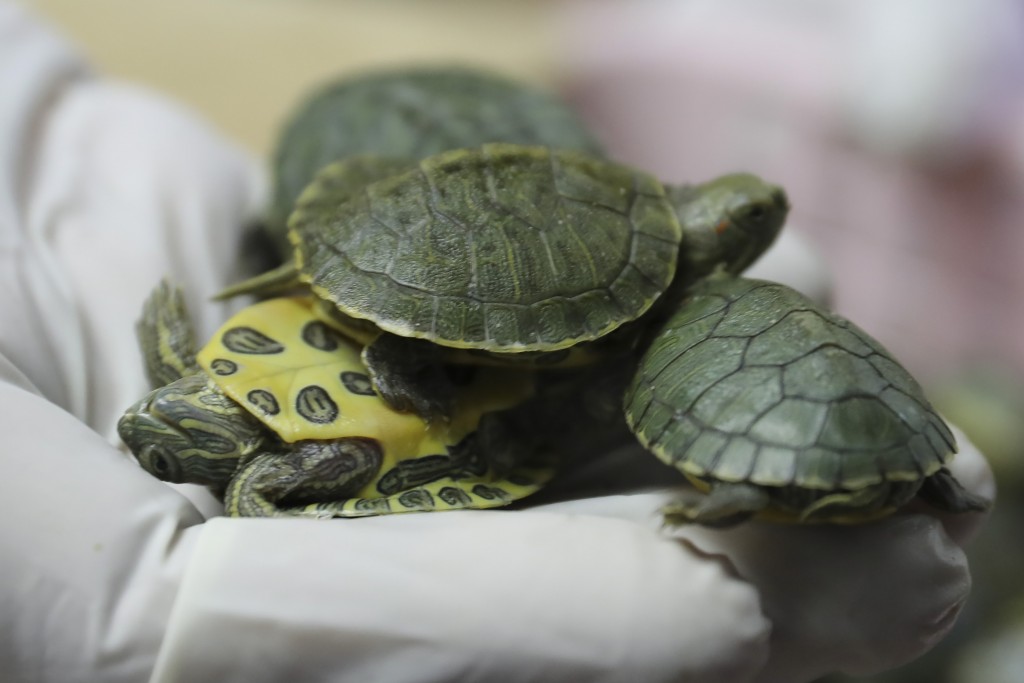 SEPANG, Malaysia (AP) — Malaysia authorities have arrested four Indians and seized more than 14 kilograms of drugs and over 5,000 turtles from their luggage at the Kuala Lumpur airport.

He says the men told investigators that the turtles, estimated to be worth $12,700, were meant to be sold as pets in India.

Zulkarnain said Wednesday officials also found a total of 14.34 kilograms of methamphetamine worth 717,000 ringgit ($174,000), hidden in special compartments in boxes that were hand-carried by two men who flew in from India on June 19 and June 20, respectively.